Seventy-two years ago, on April 14, 1948, Aldo Leopold received a letter from Oxford University Press informing him that they would publish the book manuscript he had been working on during the war years. After it had been rejected by several publishers, Leopold must have been pleased that his masterpiece would finally be published, but his delight was to be short-lived. On April 21 he died of a heart attack while helping a neighbor fight a grass fire near his beloved shack, which was the setting for the essays in the first half of the manuscript.

The book appeared in print a year later under a title Leopold never knew, A Sand County Almanac, and millions would eventually come to regard it as one of the most important contributions to modern conservation literature. Now translated into 14 languages and still selling briskly, the book is regarded as a classic.

Why has Leopold’s book become such an important cornerstone of the conservation movement? It’s beautifully written and engaging, and the opening words capture a compelling sentiment that many readers share with Leopold, “There are some who can live without wild things and some who cannot. These essays are the delights and dilemmas of one who cannot.”

But it’s Leopold’s timeless message about our relationship with Planet Earth that resonates so harmoniously with the celebration of Earth Day 2020.

Leopold struggled throughout his distinguished career with how to achieve harmony between people and nature. The important idea he introduced in A Sand County Almanac was that it would ultimately boil down to a matter of ethics, adopting a moral compass that would constrain the worst of human impacts on nature and promote a more positive relationship. He called it a “land ethic.”

A land ethic builds on the basic understanding that we live in human communities in which our interactions must be guided by a shared ethic of respecting and caring for each other. Otherwise the community becomes dysfunctional. Leopold saw a direct analogy: We also live in an ecological community composed of the environment and all the other organisms that share the planet with us. That community of interdependent parts becomes dysfunctional if we don’t have an ethic of respecting and caring for all its members.

Leopold summarized his idea this way, “All ethics so far evolved rest upon a single premise: that the individual is a member of a community of interdependent parts. The land ethic simply enlarges the boundaries of the community to include soils, waters, plants and animals, or collectively the land… When we see land as a community to which we belong, we may begin to use it with love and respect.”

This philosophy underlies Sand County Foundation’s efforts to encourage private landowners to treat the land with the love and respect it deserves, not because we are forced to do so, but because it is simply the right thing to do. 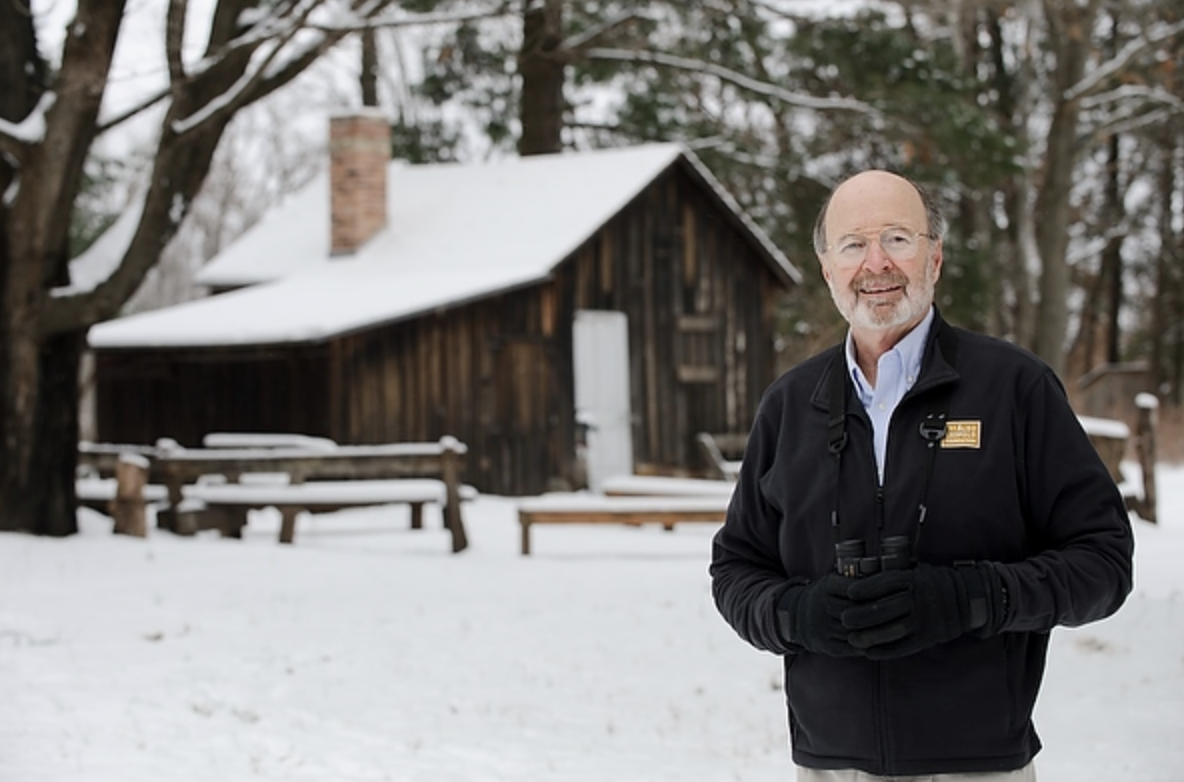 Dr. Stan Temple’s career in conservation and ecology has been characterized by interdisciplinary approaches to solving environmental problems and energetic contributions to the conservation movement both locally and globally.