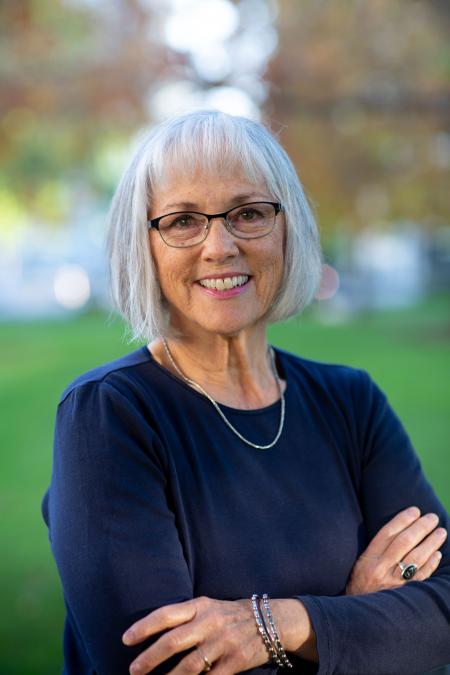 Lynne Sherrod serves as Chairman of the Sand County Foundation Board. She served as Western Policy Manager for the Land Trust Alliance from 2006 to 2014. Prior to that, she served as Executive Director of the Colorado Cattlemen’s Agricultural Land Trust (CCALT) where she worked extensively with a variety of partners and diverse interests to build bipartisan political support for conservation from the grassroots level up. During her 9-year tenure as CCALT’s first full-time executive director, CCALT partnered with more than 125 ranching families to protect 225,000 acres of productive working landscapes. Sherrod has held leadership positions with numerous associations, boards of directors,advisory boards, and steering committees. She also was instrumental in launching Sand County Foundation’s Leopold Conservation Award. Sherrod and her husband own and operate a cattle ranch near Grand Junction, Colorado.

Reed Coleman serves as Chairman Emeritus of the Sand County Foundation Board. He is Chairman of Madison-Kipp Corporation, a manufacturer of precision components and assemblies for the durable goods market. In addition to Sand County Foundation, Coleman has volunteered his services for numerous community and civic organizations, including Beloit College, the United Way of Dane County, and the National Commission on Philanthropy and Civic Renewal. Originally from Madison, Wisconsin, he graduated from Northwestern University in 1955 and went on to serve in the United States Air Force.

Brent Haglund earned a Ph.D. in ecology from the University of Georgia where he studied with Eugene Odum and Frank Golley. His research interests have been in ecosystem level effects of weather modification, fire management and wildlife populations. Dr. Haglund was ecological consultant to the Wisconsin Legislative Council on non-point water pollution, was a member of the Wisconsin Sesquicentennial Commission, is a member of the Executive Committee of the Wisconsin Public Utility Institute, and was a private sector conservation advisor to the Cabinet of Premier Nick Greiner, New South Wales, Australia. His latest book, “Hands on Environmentalism” Encounter Books (2005) was co-authored with Tom Still.

Homer Buell is the fourth-generation co-owner of the Shovel Dot Ranch near Rose, Nebraska and the recipient of the 2012 Nebraska Leopold Conservation Award. Buell has been an advocate for agriculture and the cattle industry through his service in trade organization leadership roles. He is a former President of the Nebraska Cattlemen’s Association and the Nebraska Hereford Association as well as holding many positions within the National Cattlemen Beef Association in his 14 years of board service. He has been President of the State 4-H Foundation, Campaign for Nebraska, Committee Chair, Sustainable Animal Production Systems, and currently Chairman of the Rock County Community Fund. A graduate of the University of Nebraska, he is a strong supporter of youth activities and has worked with the University of Nebraska for the benefit of students and research programs, as well as serving on the University of Nebraska President’s Advisory Council.

Tina Buford is the first female president of the Texas Wildlife Association and the first president to be from the Rio Grande Valley. Prior to serving as president, she was a board member for eight years. Buford represents the sixth generation of the H. Yturria family to work the land. She is a graduate of Texas A&M University with a BS in Rangeland Ecology and Science and is a graduate of the Texas Christian University Ranch Management Program. Buford is a director of the Texas Agricultural Land Trust and sustainer of the Junior League of Harlingen. She also serves on the Wildlife Committee of the Texas and Southwestern Cattle Raisers Association as well as the advisory board for the Kika de la Garza Plant Materials Center in Kingsville.

Dick Cates is co-owner of Cates Family Farm, a grass-fed beef and contract grazing business near Spring Green, Wisconsin. He and wife, Kim, received the 2013 Wisconsin Leopold Conservation Award for their leadership in agricultural conservation. They demonstrate conservation practices as members of the Iowa County Uplands Watershed Project and the Lowery Creek Watershed Initiative. Dick is the former director of the Wisconsin School for Beginning Dairy and Livestock Farmers at the University of Wisconsin-Madison, where he earned his Ph.D. in soils/plant health as an Aldo Leopold Fellow. Dick has authored Voices from the Heart of the Land: Rural Stories that Inspire Community and a children’s book, An Adventure on Sterna’s Hill. He is involved with farmer-to-farmer assistance projects in developing nations, and is an elected supervisor for his local township and fire district.

Kevin Conrad is a highly accomplished and committed leader in both business and conservation. In 2008, TIME Magazine named him #1 in the “Leaders & Visionaries” category within its annual list of “Heroes of the Environment”. His experience includes investment banking and operational experience in industrial and emerging markets working in agriculture, energy, health products, sea foods, telecommunications, textiles and wine. He served as Ambassador and Special Envoy for Environment and Climate Change for Papua New Guinea from 2005 – 2014, and as the founding Executive Director of the Coalition for Rainforest Nations, an intergovernmental initiative for over 50 developing nations. In that role, his efforts focused upon the development of proactive strategies toward climate stability, biodiversity conservation, and sustainable development. Kevin earned his BS from the University of Southern California, and MBAs from both Columbia Business School and the London Business School. He and his wife own and operate a vegetable farm in Dutchess County, New York.

Nancy DeLong is an Iowa-based agricultural sustainability consultant. She served as interim executive director of the Conservation Technology Information Center following a career with DuPont Pioneer as Global Director of Sustainable Agriculture Systems. She directed the company’s efforts in conservation-based agriculture to help farmers and ranchers protect their freedom to operate and improve their livelihoods while being the best stewards of natural resources. DeLong and her husband Marc have restored a native eco-type savannah on their property in Iowa.

John Duncan is a partner in Kozusko Harris Duncan, representing family offices, private and multi-family private trust companies and wealth advisors. He is a graduate of Yale College and The University of Chicago Law School. John and his wife, Anita Sarafa, share a ranch with 11 other families on Las Palomas Creek that both the Audubon Society and U.S. Fish and Wildlife have cited as the best wildlife preserve in southern New Mexico. John is a Trustee of the Museum of New Mexico Foundation, and a Garden Heritage Society Ambassador of the Chicago Botanic Garden. He has served as a board member of Chicago's Lincoln Park Conservation Association and International Visitor Center which hosts incoming Fulbright Scholars.

Stan Temple is the Beers-Bascom Professor in Conservation (emeritus) in the Department of Wildlife Ecology and past Chairman of the Conservation Biology and Sustainable Development Program in the Gaylord Nelson Institute for Environmental Studies at the University of Wisconsin. He has worked on international conservation problems, and has helped save several rare endangered species. Dr. Temple has received the highest honors bestowed by The Society for Conservation Biology and The Wisconsin Society for Ornithology; he is a Fellow of The American Ornithologists’ Union, The Explorer’s Club, the New York Zoological Society, and the American Association for the Advancement of Science. Dr. Temple has been Chairman of the Wisconsin Chapter of The Nature Conservancy, and President of The Society for Conservation Biology. He has served on editorial boards or as editor of several wildlife publications, including Bird Conservation, which he founded. His bibliography contains over 300 publications. Dr. Temple’s career in conservation and ecology has been characterized by interdisciplinary approaches to solving environmental problems and energetic contributions to the conservation movement both locally and globally.

Ed Warner is a noted philanthropist and conservationist. In his career as an exploration geologist he discovered and participated in development of the Jonah Field and the first commercial exploitation of the Pinedale Field. Jonah and Pinedale combined are the third largest gas accumulation discovered within the continental U.S. Since leaving the natural gas business in 2000, he pursues philanthropy full-time with major gifts to Colorado State University, Sand County Foundation, Colorado Cattlemen’s Agricultural Land Trust and other effective institutions. Warner earned geology degrees, a B.S from Colorado State University and M.S. from UCLA. He received an honorary doctorate from Colorado State University. He has lectured on geology and cooperative conservation at numerous universities and writes book reviews for the Denver based Bloomsbury Review. He is author of "Running with Rhinos: Stories from a Radical Conservationist". Currently, he is a Trustee of the Denver Museum of Nature and Science and a Director for the Explorers Foundation. Previously his service included Trustee of the Geological Society of America Foundation and the American Geological Institute Foundation, and Advisor to the Colorado Cattlemen’s Agricultural Land Trust.

Ingrid (Indy) Burke is Dean of the Yale School of Forestry and Environmental Studies. She was formerly Director of the Haub School and Ruckelshaus Institute of Environment and Natural Resources at the University of Wyoming. Dr. Burke is an ecosystem scientist, with particular expertise in carbon and nitrogen cycling of semi-arid ecosystems. She directed the Shortgrass Steppe Long Term Ecological Research team for six years, as well as other large interdisciplinary research teams funded by the National Science Foundation, the Environmental Protection Agency, NASA, and the National Institutes of Health. She was designated a U.S. Presidential Faculty Fellow, has served on the National Academy of Sciences Board on Environmental Science and Toxicology, as well as numerous scientific panels for national agencies. She received her Bachelor’s degree in Biology from Middlebury College, and her Ph.D in Botany from the University of Wyoming. She is married with two children, competes in occasional triathlons, and is an avid big game hunter.