The prestigious award, given in honor of renowned conservationist Aldo Leopold, recognizes extraordinary achievement in voluntary conservation and management of natural resources by American foresters, ranchers and farmers in 20 states.

Bill Hull showed an affinity for trees in his childhood Rhode Island backyard. By the age of 15 he convinced a local farmer to lend him the money to purchase a forest. He paid off the loan (with interest) two years later, and was on his way to becoming one of New England’s leading foresters.

While earning a forestry degree at the University of New Hampshire, Hull got his start in the lumber business sawing white oaks into barrel staves on an old-fashioned circular sawmill. Despite market downturns and collapses, bankruptcy scares, and several devastating fires, he bootstrapped a tiny business into the largest sawmill in southern New England. Today, Hull Forest Products manufactures more than 10 million board feet of lumber into sustainable building materials each year.

With a business dependent on healthy, productive forests, he launched a woodland management division staffed with licensed foresters to help other landowners keep their woodlands intact by providing them a viable financial return.

He’s acquired more than 27,000 acres of forestland with a single-minded dedication for conserving working forests that provide bird and wildlife habitat and biodiversity across New England.

Hull Forest Products, which employs 80 people, is a family of forestland owner-investors working in the combined fields of forest management, timber harvesting, and wood products manufacturing and marketing.

Hull credits his rural background with teaching him that growing and harvesting trees helps the environment through increased wildlife habitat, improved air and water quality, and carbon sequestration. He has voluntarily placed conservation easements on 90 percent of his southern New England forests.

The Hull family has permanently protected 27,740 acres of forestland through Hull Forestlands. By removing the possibility of development, it ensures that working forests will remain a source of timber for generations to come. These unique and environmentally important landscapes are home to wetlands, streams, and forests that sustain drinking water supplies for urban areas, and provide habitat for migratory waterfowl.

In 2000, Hull Forestlands participated in the largest private land protection project in Massachusetts history by permanently preserving more than 8,000 acres of working forestland. The Massachusetts Secretary of Environmental Affairs hailed the innovative project that spread across five watersheds in Massachusetts and Connecticut as a “regional model for innovative conservation of natural resources.”

“Bill Hull has been protecting and sustainably managing New England’s forests for decades, and New England Forestry Foundation is thrilled to recognize his tireless work with the Leopold Conservation Award,” said Bob Perschel, Executive Director of New England Forestry Foundation. “Over the decades, Bill has helped break new ground be introducing conservation methods like large-scale conservation easements, and he remains a key partner in our efforts to achieve a region-wide vision of forest protection and responsible management.”

“Bill Hull exemplifies the ideals of Aldo Leopold. His commitment to his industry, land conservation, community, and to the land on which he has built his legacy make him an ideal recipient of New England’s first Leopold Conservation Award,” said Nathan W. L’Etoile, New England Director of American Farmland Trust. “Like Bill, thousands of farmers, foresters, and forestland owners are working every day to protect land, provide clean water and air, combat climate change and produce safe, wholesome, high quality food and fiber for their communities.”

“Leopold Conservation Award recipients are at the forefront of a movement by America’s farmers, ranchers and foresters to simultaneously achieve economic and environmental success,” said Kevin McAleese, Sand County Foundation President and CEO.

Earlier this year, owners of forestland and farmland in Connecticut, Maine, Massachusetts, New Hampshire, Rhode Island and Vermont were encouraged to apply (or be nominated) for the award. Applications were reviewed by an independent panel of agricultural and forestry conservation leaders. Among the many outstanding New England landowners nominated for the award were finalists: Guy Choiniere of Highgate Center, Vermont; Steve and Lora Goss of Pike, New Hampshire; Perry Raso of South Kingstown, Rhode Island; and Linda Rinta of West Wareham, Massachusetts.

Sand County Foundation presents the Leopold Conservation Award® annually in 20 states with a variety of conservation, agricultural and forestry organizations.

Sand County Foundation, the nation’s leading voice for conservation on private land, created the Leopold Conservation Award to inspire American landowners by recognizing exceptional foresters, ranchers and farmers. In his influential 1949 book, A Sand County Almanac; Aldo Leopold called for an ethical relationship between people and the land they own and manage. He wrote it was “an evolutionary possibility and an ecological necessity.” 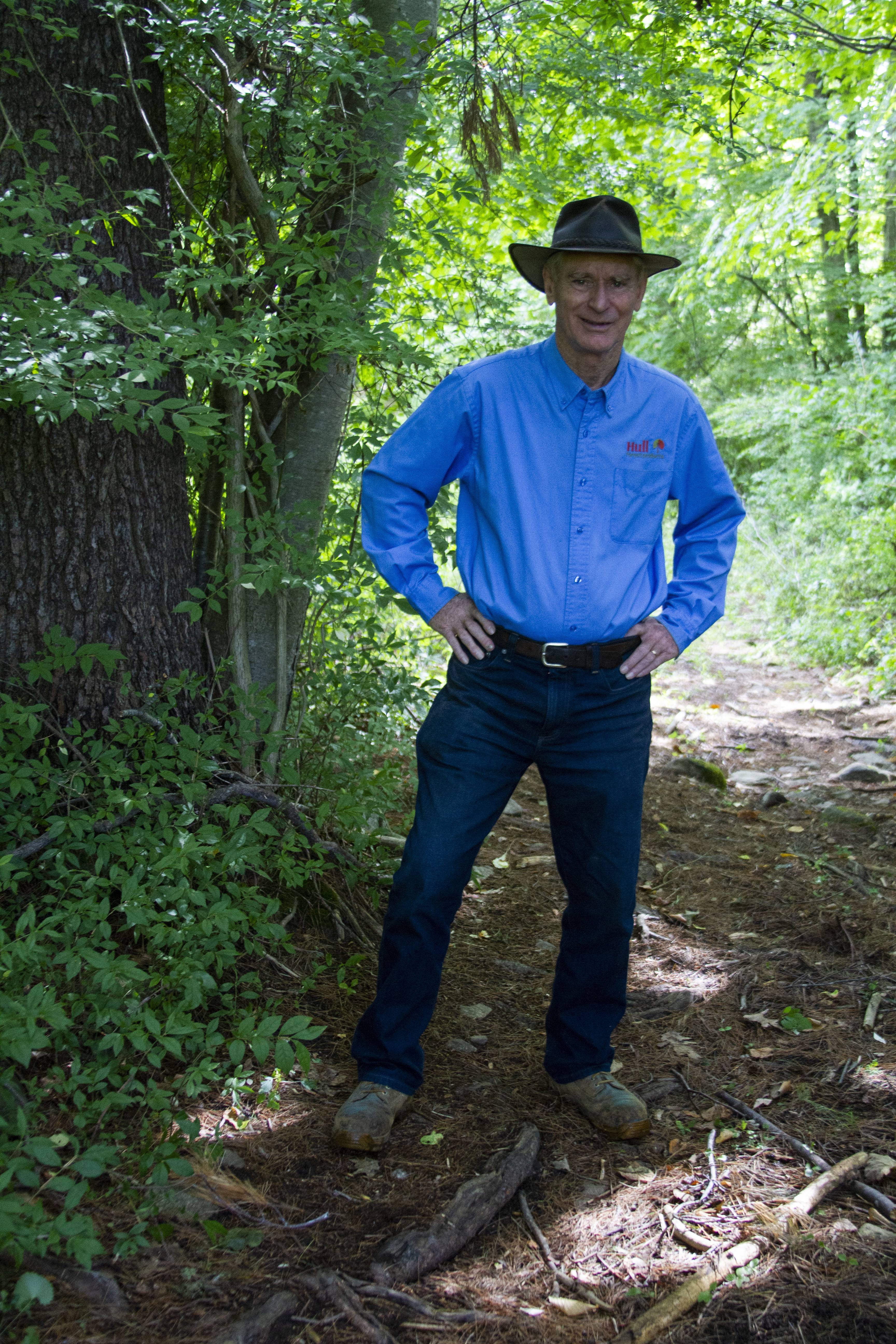 The mission of American Farmland Trust is to save the land that sustains us by protecting farmland, promoting sound farming practices, and keeping farmers on the land. https://farmland.org/our-work/where-we-work/new-england