The prestigious award, given in honor of renowned conservationist Aldo Leopold, recognizes extraordinary achievement in voluntary conservation and management of natural resources by American ranchers, farmers and foresters in 20 states. In Texas, the award is presented by Sand County Foundation in partnership with the Texas Parks and Wildlife Department’s Lone Star Land Steward Awards program. 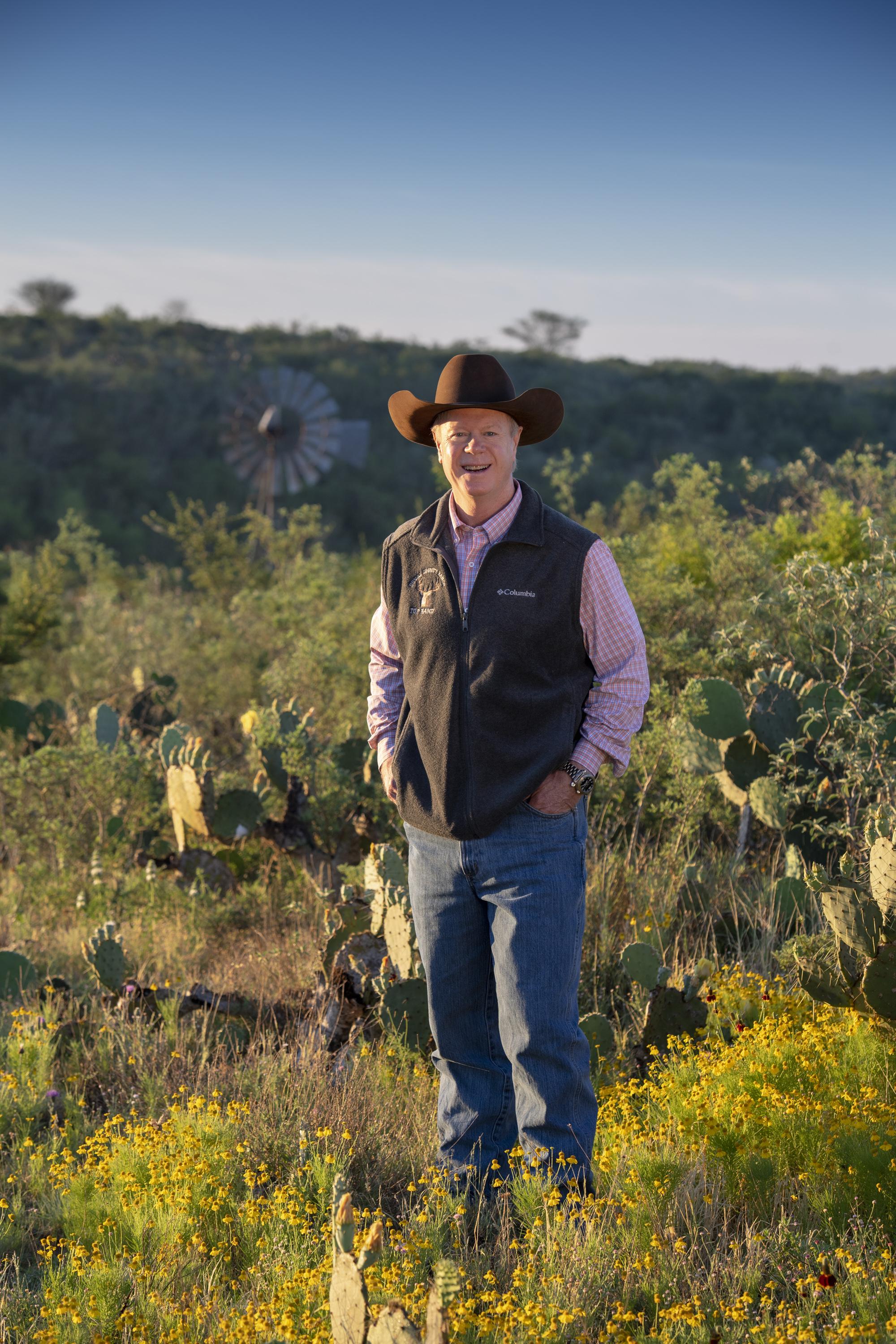 Vision and hard work have transformed a once-abused rangeland into a profitable cattle ranch with a healthy ecosystem and flourishing wildlife populations.

Killam purchased the ranch in 1993. He implemented wildlife management strategies across its 125,000 acres straddling Duval and Webb counties. It’s an area with less-productive soil, sensitive to drought and overgrazing. To recover from decades of heavy-continuous cattle grazing, the land was given a rest.

Killam hired Kitner as the ranch manager in 2001. Bringing nearly three decades of experience, he instituted a detailed plan for the ranch that has benefited the landscape and wildlife, while maximizing economic returns.

As cattle returned to the ranch and business resumed, the health of the land continued to improve. The herd promoted healthy wildlife habitats and better range conditions by stimulating the ground as they grazed.

The improved ground cover and a diversity of brush species, has improved wildlife habitat and water infiltration rates. Additional watering locations across the ranch benefit deer populations. To share these successes with others in the industry, the ranch hosts events for the South Texas Grazing Lands Coalition and other groups.

Deer hunting offers another source of ranch revenue. Harvest guidelines emphasize the taking of mature bucks and proper herd management based on Texas Parks and Wildlife Department recommendations. Detailed harvest data is collected and analyzed, with results presented to hunters at an annual wildlife seminar.

Home to many unique habitats, the Bordas Escarpment transects the ranch. Hundreds of miles south of their normal distribution, fiveminute grass, yellow stonecrop, evergreen sumac, and redberry juniper have been found there.

Native grasses were successfully planted near the pipelines and oilfields that dot the ranch.

The Leopold Conservation Award in Texas is made possible thanks to the generous contributions fromTexas Parks & Wildlife Department, Lee and Ramona Bass, The Cynthia & George Mitchell Foundation, Dixon Water Foundation, and McDonald’s.

The mission of the Texas Parks & Wildlife Department is to manage and conserve the natural and cultural resources of Texas and to provide hunting, fishing and outdoor recreation opportunities for the use and enjoyment of present and future generations. https://tpwd.texas.gov/

Grazing as a Conservation Tool