BISMARCK, ND – Gene and Christine Goven are the recipients of the 2019 North Dakota Leopold Conservation Award®.

The Govens, who farm and ranch near Turtle Lake, were presented with a crystal award and $10,000 at the North Dakota Association of Soil Conservation Districts’ Annual Convention in Bismarck on November 25.

“The North Dakota Stockmen’s Association extends its congratulations to this year’s Leopold Conservation Award winner, said Dan Rorvig, NDSA president and rancher from McVille. “Ranchers and farmers take our job as stewards of the land and the livestock in our care very seriously. To us, it is not only how we make our living, but how we make our life and how we can ensure a legacy for future generations.”

“The North Dakota Grazing Lands Coalition is honored to present this prestigious award to Gene and Christine Goven,” said Chad Njos, NDGLC President. “The way they live and manage their operation is an outstanding model in the implementation of voluntary conservation, inspiration of other landowners by example and outreach on the role public landowners play in conservation.”

Earlier this year, North Dakota landowners were encouraged to apply (or be nominated) for the award. Applications were reviewed by an independent panel of agricultural and conservation leaders. Among the many outstanding North Dakota landowners nominated for the award were finalists: Joe and Patty Breker of Havana in Sargent County, and HJ (Chip) and Ann Fischer of Rhame in Bowman County.

In his influential 1949 book, “A Sand County Almanac,” Leopold called for an ethical relationship between people and the land they own and manage, which he called “an evolutionary possibility and an ecological necessity.”

When it comes to agricultural conservation, Gene Goven is a trailblazer.

He displayed courage in his convictions as he adopted regenerative farming and ranching practices -- decades before they were embraced by the mainstream.

His careful observations of the landscape, livestock and wildlife, informed his farming practices. Today, the positive results of his innovations are clear on the land he purchased in 1967. So is the impact his leadership has had on farmers, ranchers, researchers and educators near and far.

Gene credits his father and grandfather with teaching him the benefits of growing companion crops like clover to “retain armor on the soil.” Companion cropping is seeding a mixture of cover crops with traditional cash crops. By keeping continuous cover on the ground, the soil is fed additional nutrients, erosion is reduced, water infiltration is increased, and beneficial insects are provided with habitat.

Even when such practices made him ineligible to receive crop insurance payments, he persevered. He also was an advocate for grazing livestock on public grasslands amid a growing movement against it. He convinced many wildlife managers that using livestock as a grassland management tool benefits wildlife.

As a founding member and past chair of the North Dakota Grazing Lands Coalition, Gene calls grazing an art and science. As he embraced holistic ranch management in the 1980s, he saw that managing for healthy grasslands would provide his cattle the quality feed they need.

Goven Ranch is home to some of the best rangelands and prairie pothole wetlands in North America. As a result, he received financial assistance from Ducks Unlimited for installation of water pipeline and tanks, which kept cattle out of waterways.

Gene discovered grazing cattle on cover crops built his cropland’s soil health while reducing his input costs, which increased his bottom line. For years he took the time to monitor regrowth rates of pastures, native grass and forb species diversity, infiltration rates and organic matter levels on rangeland and cropland. This led him to collaborate with North Dakota State University and other government and private research agencies to interpret and share the results of his observations.

Gene and his wife Christine have engaged in extensive community outreach, including hosting an annual event on the ranch to help expose North Dakota youth to the importance of grasslands.

Gene provides guidance to others on the importance of soil health, and how cover crops and livestock play a vital role in cropping systems. Perhaps the only thing more impressive than their dedication to their land, is their commitment to sharing what they’ve learned on a 50-year journey in agricultural conservation. 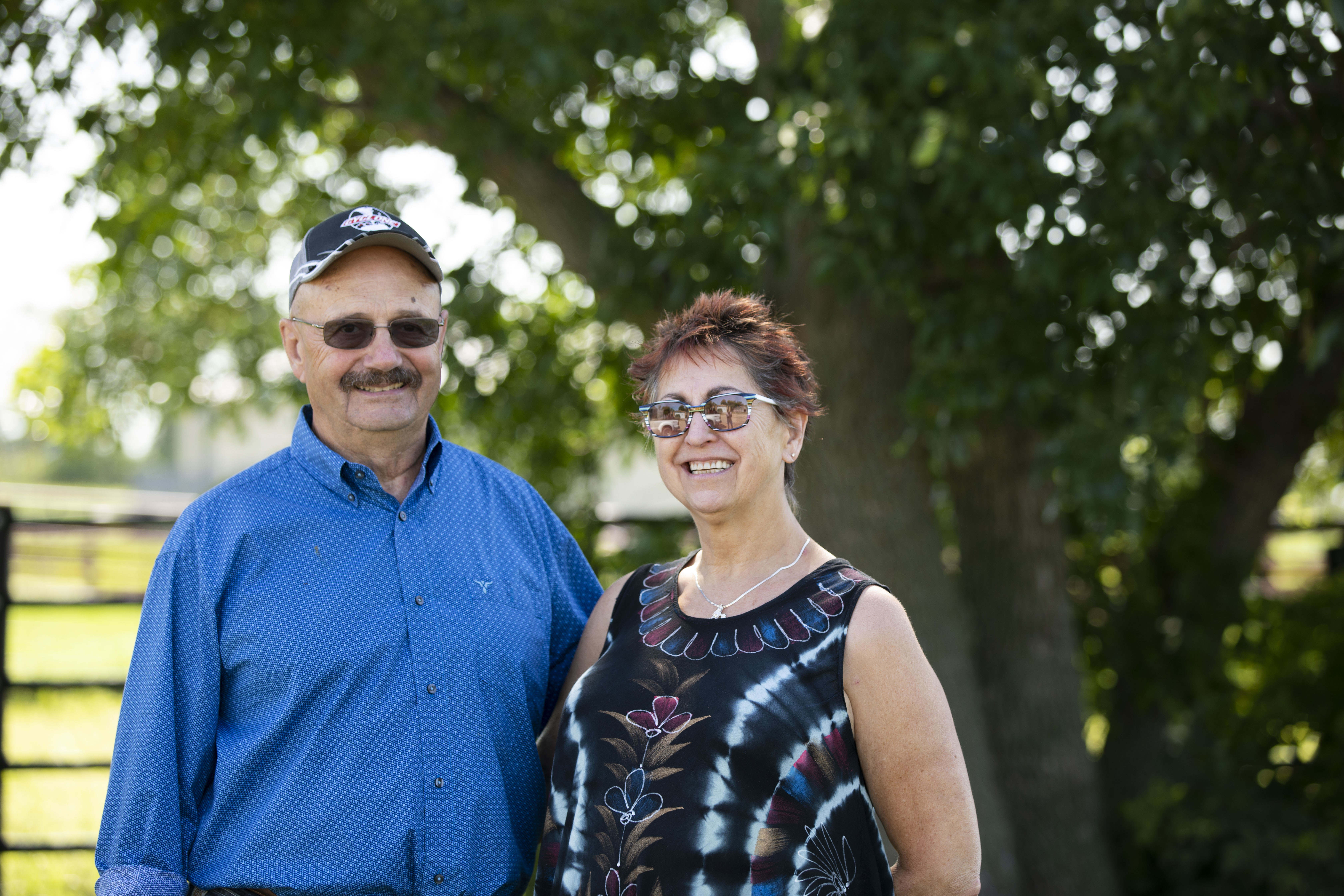