BILLINGS, MT – Milton Ranch has been selected as the recipient of the inaugural Montana Leopold Conservation Award®.

Given in honor of renowned conservationist Aldo Leopold, the award recognizes farmers and foresters who inspire others with their dedication to land, water and wildlife habitat management on private, working land.

Bill and Dana Milton of Roundup, Montana, were presented with $10,000 and a crystal award at the Montana Farm Bureau Federation’s Convention in Billings on November 12. 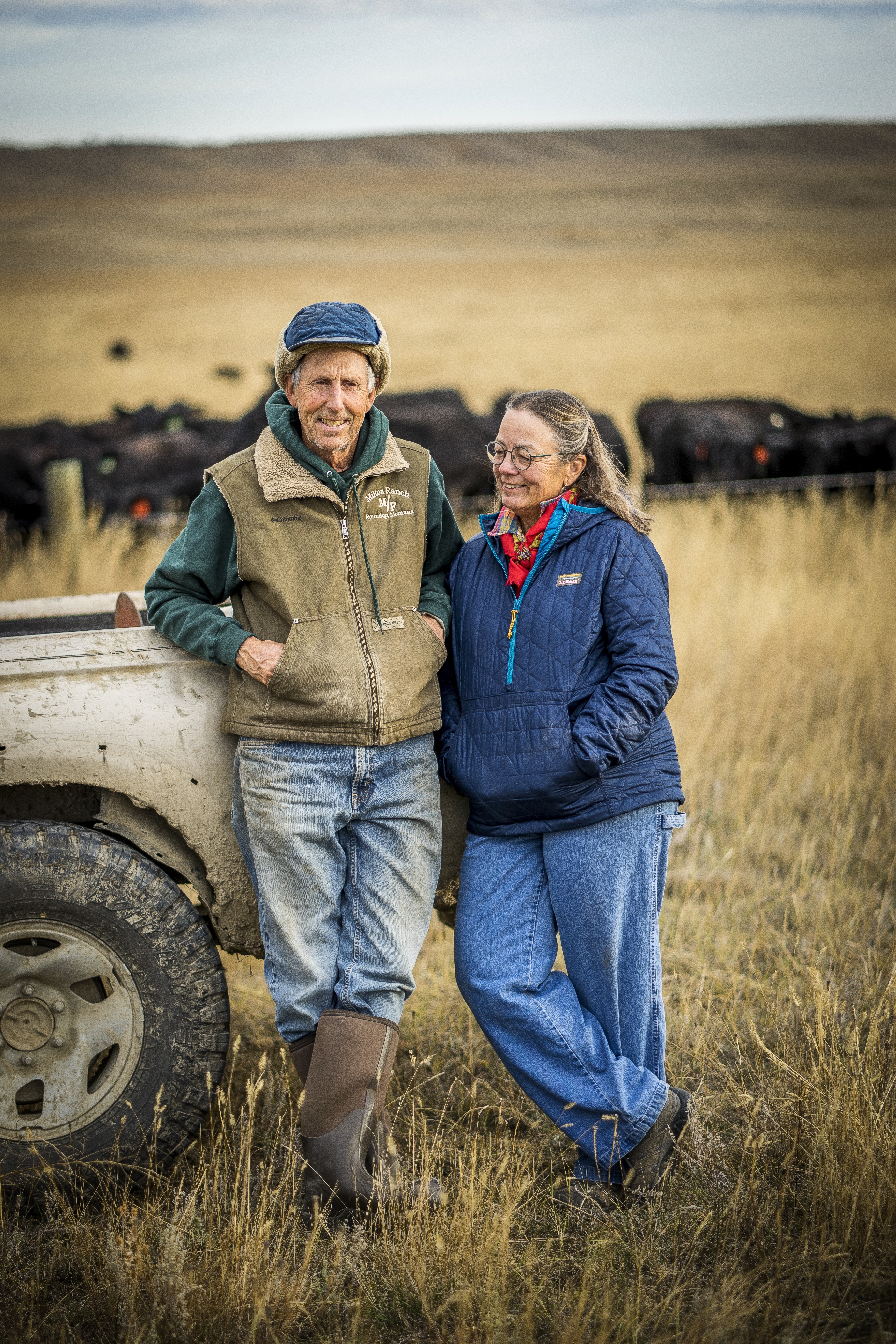 The Miltons raise Angus cattle on 15,000 acres of sagebrush plains. They have refined their conservation efforts since receiving the Montana Land Reliance Conservation Award in 1993. Their pastures are intensively grazed for a short amount of time, before allowing native plants to recover and go to seed. They have successfully advocated for holistic grazing techniques on federal lands.

Milton Ranch has participated in third party monitoring of the health of their grasslands for over 20 years. To preserve soil and vegetation during times of drought, they voluntarily reduce their herd’s size. New water tanks and pipelines reduce disturbance to riparian areas and natural water sources. Innovative fencing and escape ramps in water troughs benefit wildlife.

“Bill and Dana are outstanding examples of the diversity that exists among the people who raise livestock in the American West,” Dan Dagget wrote in his book, Beyond the Rangeland Conflict: Toward a West that Works. “At the same time, they’re excellent examples of the diversity to be found among people who call themselves environmentalists. The Miltons have not only stood on both sides of that fence but they’ve also spent much of their adult lives trying to build bridges across it.”

In 2005 the Miltons had the opportunity to purchase the remaining acreage of a ranch they had partially purchased in 1979. They sold their original ranch and moved their headquarters to the center of their acreage. They also made the switch from sheep to beef cattle, and joined a marketing cooperative that helps sell their hormone and antibiotic-free beef. Trained in facilitation, conflict resolution, and ranch succession planning, Bill began a consulting business informed by his experience in resiliency.

Bill’s facilitation of meetings for water users from the Musselshell River in the 1990s helped lead to the formation of the Musselshell Watershed Coalition, an ongoing partnership between irrigators, conservation districts, and state and federal agencies to serve water users while supporting the health of the river and its tributaries.

The Miltons work with local groups dedicated to enhancing the health of grass-based agriculture and rural communities. Bill also organized a group of 20 area residents who are passionate about improving their owned and leased land. Together they have conducted rangeland vegetation evaluations, soil testing and bird surveys.

“I’m grateful for the contributions of our state’s landowners in sustaining the landscapes and values we care deeply about as Montanans and for inspiring future generations to engage in environmental stewardship,” said Governor Bullock. “Bill and Dana Milton have practiced this exceptional and innovative rangeland management for decades – protecting soils, conserving water, and enhancing natural diversity – and I congratulate them on this well-deserved award.”

Earlier this year, Montana landowners were encouraged to apply (or be nominated) for the award. Applications were reviewed by an independent panel of agricultural and conservation leaders. Among the many outstanding Montana landowners nominated for the award were finalists: Doug Crabtree and Anna Jones-Crabtree of Havre in Hill County, and Craig and Conni French of Malta in Phillips County.

Sand County Foundation presents the Leopold Conservation Award to private landowners in 20 states with a variety of conservation, agricultural and forestry organizations. For more information on the award, visit www.leopoldconservationaward.org. 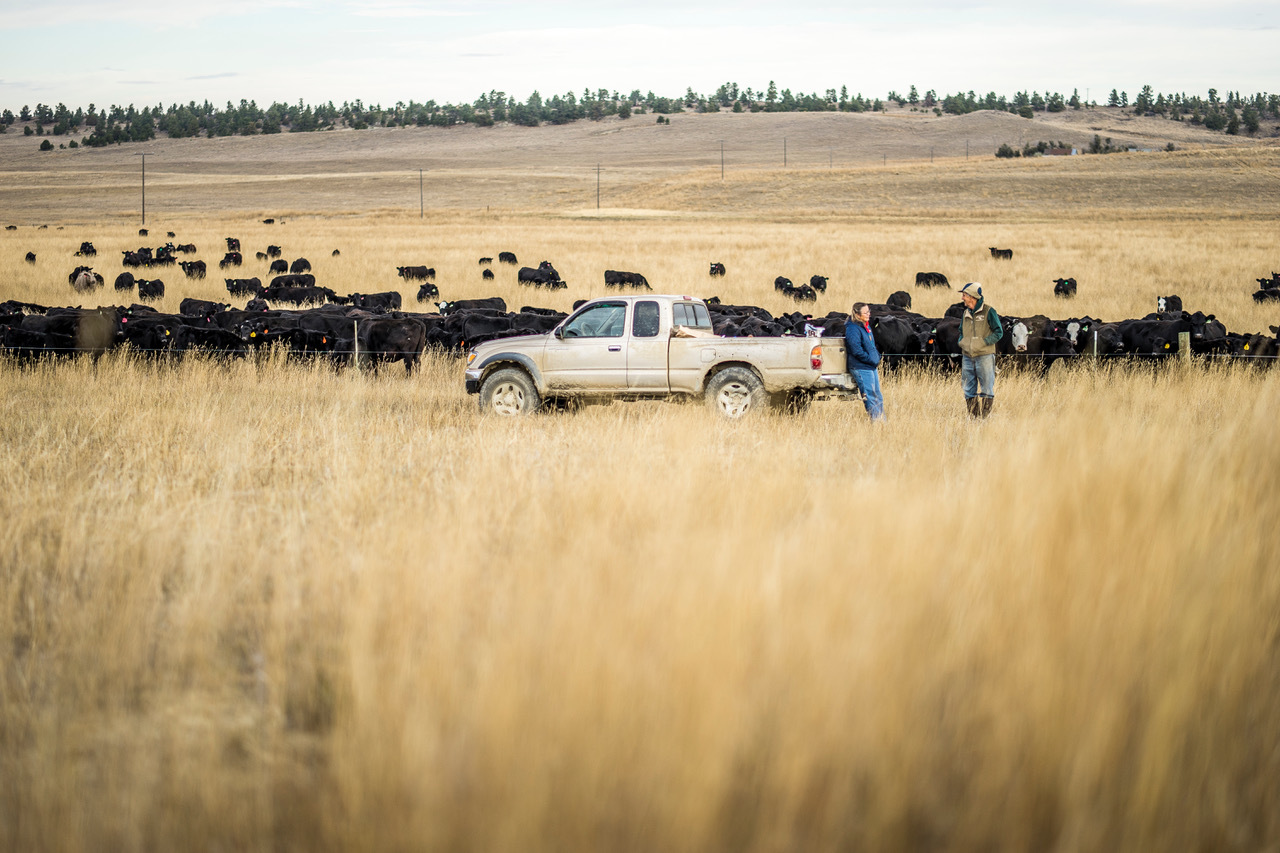