In conjunction with Earth Day, Governor Kristi Noem announced that Blair Brothers Angus Ranch would receive the prestigious award, given in honor of renowned conservationist, Aldo Leopold. It recognizes private landowners who inspire others with their dedication to the land, water and wildlife resources in their care.

Brothers Ed and Rich Blair, and their sons Chad and Britton are the namesakes of Blair Brothers Angus Ranch. The cow-calf, stocker and feed lot business spans 40,000 acres of deeded and leased rangeland near Sturgis and Vale in western South Dakota. Embracing conservation practices that enhance soil, water, livestock and wildlife has allowed the ranch to evolve and grow with each generation since Enos Blair established it more than a century ago.

The Blairs will be presented with the $10,000 award at the South Dakota Cattlemen’s Association’s Annual Convention in Rapid City, December 1-2.

“The South Dakota Cattlemen’s Association congratulates the Blairs on being named our 2020 Leopold Conservation Award winners. Their operation exemplifies how cattle, wildlife and the range can mutually benefit from thoughtful management, while also supporting a multi-generational family business,” said Jodie Anderson, South Dakota Cattlemen’s Association Executive Director. “We congratulate them as our 2019 Leopold Conservation Award recipients and applaud their conservation ethic.”

“The Blairs’ natural resources stewardship includes practices such as rotational grazing, no-till farming, seeding cropland back to grass and developing a drought management plan. Their commitment to conservation has proven beneficial not only to their cattle, but also to their watershed and the diverse species of wildlife that call their ranch home,” said Jim Faulstich, South Dakota Grassland Coalition Chairman. “The South Dakota Grassland Coalition extends our congratulations to the Blairs for being named this year’s Leopold Conservation Award winners.”

Award applicants were judged based on their demonstration of improved resource conditions, innovation, long-term commitment to stewardship, sustained economic viability, community and civic leadership, and multiple use benefits.

For more information on the award, visit www.leopoldconservationaward.org 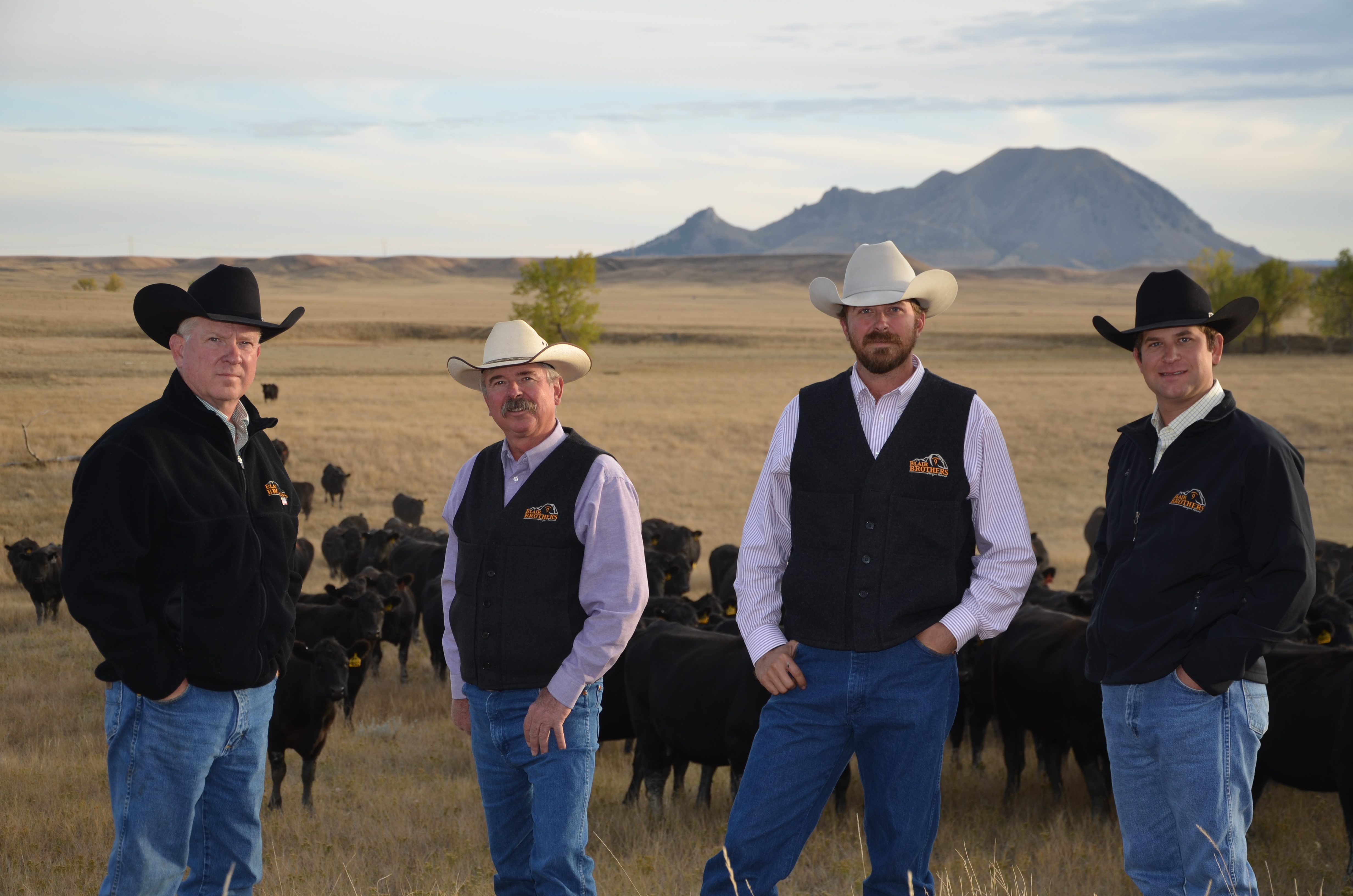 “Leave it better than you found it” is more than a familiar motto. It describes the land ethic that drives this South Dakota cattle ranching family.

Brothers Ed and Rich Blair, and their sons Chad and Britton are the namesakes of Blair Brothers Angus Ranch. The cow-calf, stocker and feed lot business spans 40,000 acres of deeded and leased rangeland near the Black Hills of western South Dakota. Embracing conservation practices that enhance soil, water, livestock and wildlife has allowed the ranch to evolve and grow with each generation since Enos Blair established it more than a century ago.

Today, in addition to providing leadership to livestock and general agriculture organizations, the family has formed working partnerships with local, state and national agencies and organizations to learn new conservation practices.

In an area that receives an average of just 14 inches of annual rainfall, the Blairs know that overgrazing would be detrimental to the soil, plants, livestock, wildlife, watershed and economics of their ranch. By coupling rotational grazing, cover crops and no-till practices on cropland, the Blairs have improved water infiltration and soil health.

As early adopters of rotational grazing in the 1980s, the Blairs rotated heifers through 700 acres divided into small pastures. They quickly saw an increase in their rangeland’s resilience, especially during times of drought. Miles of water pipelines were installed to expand the benefits of rotational grazing. Shelterbelts were established in pastures, and more than 800 cropland acres were planted back to grass. Another innovative conservation practice they’ve adopted during drought to protect pasture productivity is weaning calves early and selling older cows.

When the Blairs bought a second ranch in neighboring Butte County in 2014 to bring the next generation into the business, they quickly added eight miles of cross fencing, 30,000 gallons of water storage, 23 miles of water pipeline and 50 water tanks to implement rotational grazing. Working with the NRCS and wildlife conservationists from the Sage Grouse Initiative, they established a grazing plan that promotes mating and nesting habitat for one of South Dakota’s largest populations of Greater Sage Grouse.

A pilot project with state researchers established a cutting-edge vegetative treatment area next to their feed lot instead of a traditional manure lagoon. Its success convinced state regulators to allow other farms and ranches to utilize this practice.

By maintaining relationships with conservation and wildlife professionals, their improvements have benefitted habitat for deer, antelope, insect pollinators, pheasants and 17 other species of nesting birds.

The human side to the ranch’s overall sustainability includes creating a succession plan, diversifying ranch assets, and sharing knowledge with the next generation and other ranchers. As a result of their dedication to conservation over the past four decades, the Blairs have seen their ranch change, grow and thrive.

Most importantly, they know that they are leaving things better for the next generation.

The South Dakota Cattlemen's Association is a member-driven organization working to advance and protect the interests of all cattlemen. www.sdcattlemen.org

The South Dakota Grassland Coalition is a non-profit organization that seeks the voluntary improvement of grasslands for the long-term needs of the resource and its various species. The South Dakota Grassland Coalition is dedicated to improving and maintaining the state’s grasslands by informing and guiding grassland managers to make cost-effective and environmentally sound management decisions. https://www.sdgrass.org/ 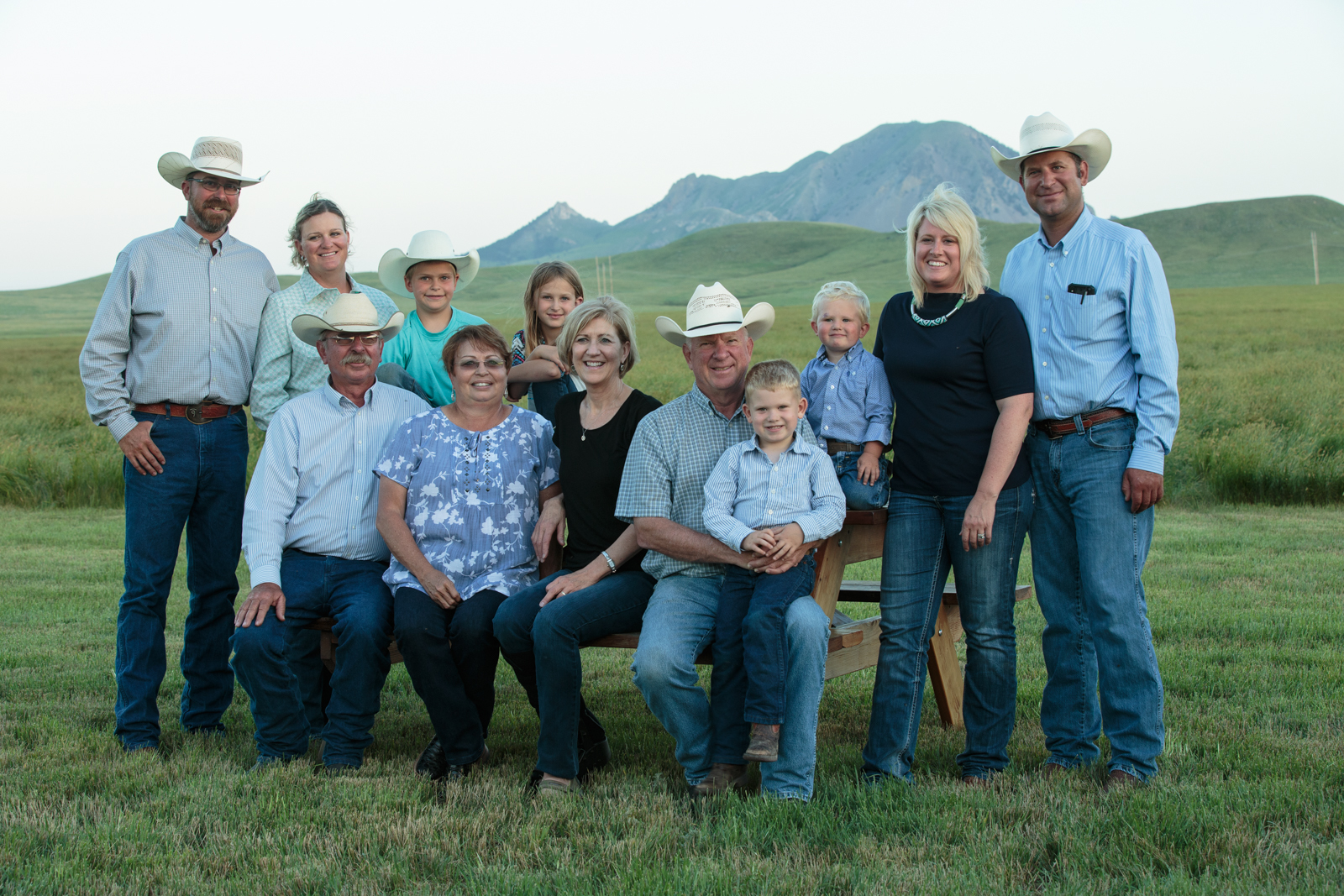