Joshlin and Addie Yoder of Leonard, Missouri, located in Shelby County have been selected as the recipients of the 2020 Missouri Leopold Conservation Award®. The award, named for renowned conservationist Aldo Leopold, recognizes farmers, ranchers and foresters who inspire others with their dedication to land, water and wildlife habitat management on private land. 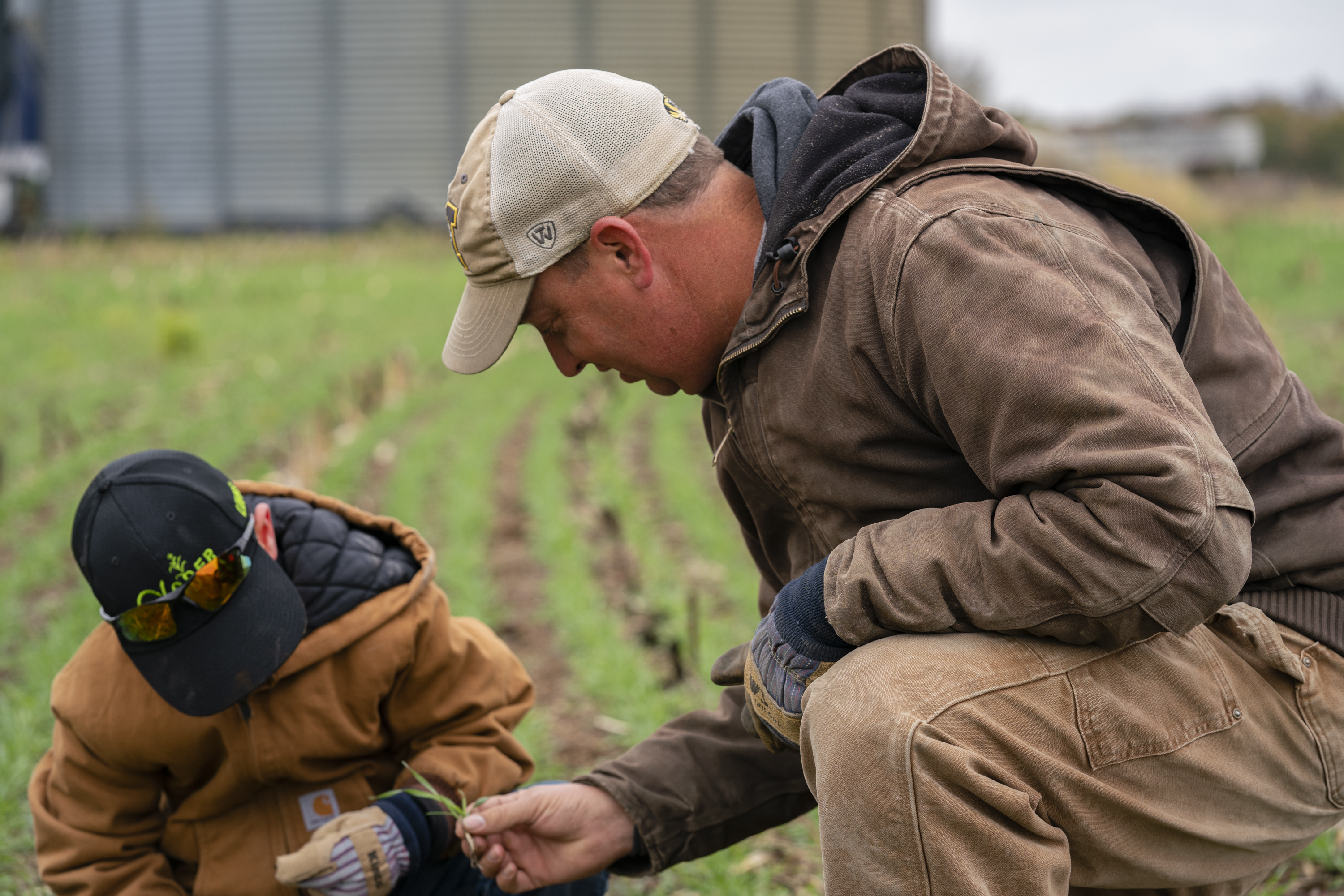 “The Yoder family’s commitment to understand the importance of soil health is a testament to their success,” said Scott Edwards, NRCS Missouri State Conservationist. “Taking steps to implement conservation practices and supporting monitoring efforts, contribute to improved natural resource benefits and make this farm an excellent example of sustainable agriculture.” 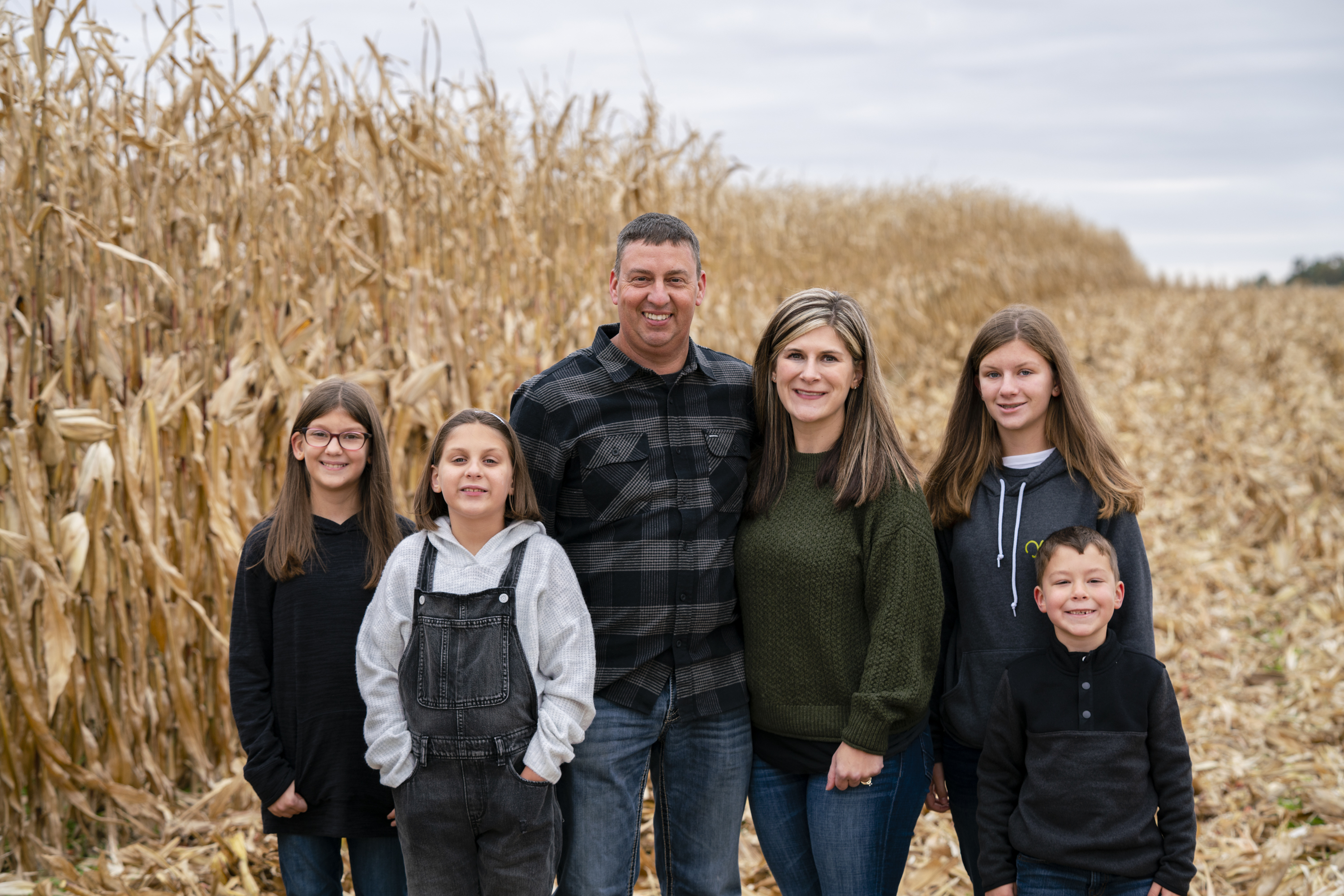 In 2008, Joshlin and Addie returned to the Yoder family farm near Leonard. Early on a decision was made to invest in soil health ensuring viable and productive land could be passed down to future generations. The Yoders expanded their operation to include beef cattle and 1,100 acres of corn, soybeans and hay. They pool labor and equipment with Joshlin’s father and brother who manage their own farms as well.

“From the moment we purchased our farm, we knew it wasn't a short-term thing. This was going to be a long-term investment,” said Joshlin Yoder, 2020 Missouri Leopold Conservation Award recipient. “We wanted to make this a lifestyle and something we could continue to do as long as we desired. We knew that meant maintaining the natural resource we had — the soil — so that it can be productive for generations to come.”

Joshlin transitioned to a minimum tillage or no-till system on their soybean and corn acreage to control soil erosion and reduce compaction. In addition, he utilizes cereal rye as a cover crop to control weeds and improve soil health and water quality. Joshlin attributes much of the success with their sustainability and environmental practices to the use of precision technology and utilizing a 4R Nutrient Stewardship plan.

The Yoders participate in the Edge-of-Field program and the Soil Health Partnership. By gathering data from soil testing, weather monitoring and yield comparisons, these programs examine how cover crops impact soil health, water quality, crop yields and profitability. In addition to guiding their own decisions, the Yoders hope the results show other farmers the environmental and economic benefits of cover crops.

“In agriculture, our greatest resource is the land, and as farmers, it is our duty to be good stewards of that land for future generations,” said Kyle Durham, chairman of the Missouri Soybean Merchandising Council. “Sustainability is one of the top priorities for the Missouri Soybean Merchandising Council, and it’s outstanding to see the spotlight on the Yoder family’s example of stewardship.”

Joshlin and Addie are advocates for modern agriculture. Together they communicate the results and benefits of their sustainability practices to legislators and consumers. Addie shares their farm story through her social media and podcast, “Grace and Growth with Addie” and public speaking events. As a U.S. Farmers and Ranchers in Action ambassador and CommonGround volunteer, Addie has open conversations with non-farm women to bridge the communication gap on food issues and modern farming practices.

Earlier this year, Missouri landowners were encouraged to apply, or be nominated, for the award. Applications were reviewed by an independent panel of agricultural and conservation leaders. Among the many outstanding Missouri farmers nominated for the award were finalists: Cope Grass Farms of Truxton in Lincoln County, Tim and Rhonda Luther of Lawson in Ray County, Oetting Homestead Farms of Concordia in Lafayette County, and Peter Rost Jr. of New Madrid in New Madrid County.

“As the national sponsor for Sand County Foundation’s Leopold Conservation Award, American Farmland Trust celebrates the hard work and dedication of the Missouri award finalists,” said John Piotti, AFT President and CEO. “At AFT we believe that conservation in agriculture requires a focus on the land, the practices and the people and this award recognizes the integral role of all three.”

In his influential 1949 book, A Sand County Almanac, Leopold called for an ethical relationship between people and the land they own and manage, which he called “an evolutionary possibility and an ecological necessity."

Missouri Farmers Care is a joint effort by Missouri’s agriculture community to stand together for the men and women who provide the food and jobs on which our communities depend. The coalition of over 45 leading Missouri agricultural groups promotes the growth of Missouri agriculture and rural communities through coordinated communication, education and advocacy. www.MOFarmersCare.com.

The Missouri Soybean Merchandising Council is a statewide, farmer-led organization working to improve opportunities for Missouri soybean farmers through a combination of research, outreach, education and market development efforts through the soybean checkoff. www.mosoy.org

NRCS, an agency of the United States Department of Agriculture, provides financial and technical assistance on a voluntary basis to land users interested in protecting, restoring and enhancing natural resources. NRCS helps people help the land through more than 100 local offices located in USDA Service Centers. USDA is an equal opportunity provider, employer and lender. www.mo.nrcs.usda.gov

Progress – but too little – on toxic lead water pipes