Marie and Glenn Nader’s Witcher Creek Ranch in Modoc County has been selected as the recipient of the 2021 California Leopold Conservation Award®.

Given in honor of renowned conservationist Aldo Leopold, the award recognizes farmers, ranchers and forestland owners who inspire others with their dedication to water quality, soil health and wildlife habitat management on private, working land.

The Naders were revealed as this year’s recipient during the California Farm Bureau Federation’s Annual Meeting in Garden Grove. The Naders, who own ranchland in Canby and Penn Valley, receive $10,000 and a crystal award for being selected. 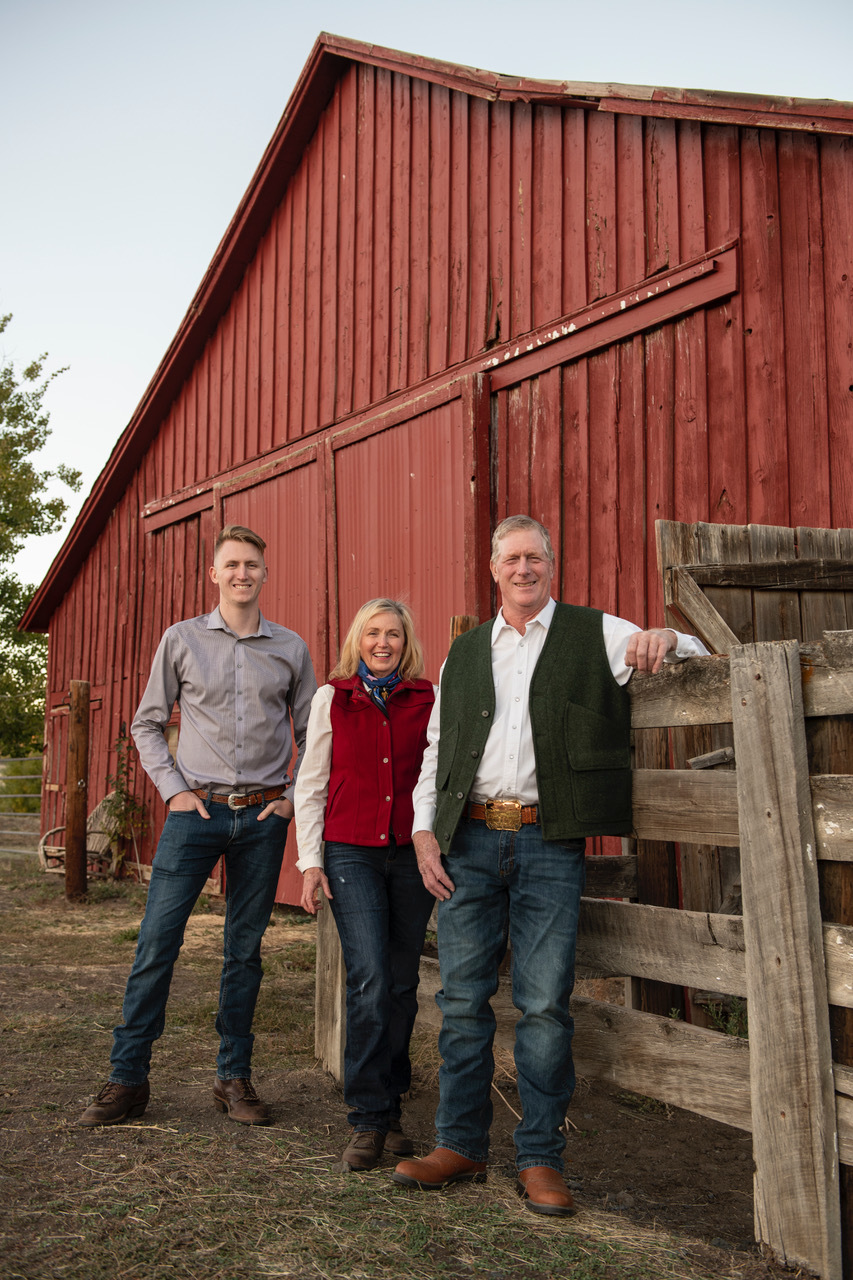 The Naders traded their portion of their historically family-owned ranch in 1999 for the 2880-acre Witcher Creek Ranch, and quickly established a plan to balance the land’s ranching practices, resilient grazing pastures and extensive wildlife habitat. The Naders’ organic hay and cattle grazing operations include rotational grazing efforts that made riparian restoration on the property possible. Multiple restoration projects rejuvenated miles of riparian habitat, and extensive, long-term monitoring of these sites through photography, stream temperature data collection, soil sampling and forage testing gives the Naders consistent and actionable data on the health of the ranch’s natural resources. Marie and Glenn often present to and teach in their agricultural community and across California, and host regular ranch field tours.

“California’s environment and communities face some big challenges – with the effects of climate change on full display with another year of megafires and drought,” said Ashley Boren, Chief Executive Officer of Sustainable Conservation, which has co-sponsored the award since its launch in California in 2006. “The Naders didn’t just restore a few acres on their property. They crafted a full-fledged management plan to balance grazing and critical riparian restoration, and they monitored the improvements they made over time to see how their work impacts the natural resources under their care. Their long-term commitment to the land they farm exemplifies their conservation ethic.”

“We are honored to join Sand County Foundation and Sustainable Conservation to recognize the extraordinary efforts of California farmers and ranchers who go above and beyond in managing and enhancing our natural resources,” said Jamie Johansson, California Farm Bureau Federation President. “The Leopold Conservation Award recognizes innovative and replicable strategies that our farmers or ranchers utilize to manage their land and natural resources.”

“As the national sponsor for Sand County Foundation’s Leopold Conservation Award, American Farmland Trust celebrates the hard work and dedication of the California recipient,” said John Piotti, AFT president and CEO. “At AFT we believe that conservation in agriculture requires a focus on the land, the practices and the people and this award recognizes the integral role of all three.”

Earlier this year, California farmers, ranchers and forestland owners were encouraged to apply (or be nominated) for the award. Applications were reviewed by an independent panel of agricultural and conservation leaders.

Among the many outstanding landowners nominated for the award were finalists: Beretta Family Dairy of Sonoma County, and Stemple Creek Ranch of Marin County. The 2020 recipient was Ward and Rosie Burroughs and the Burroughs Family of Farms of Stanislaus County.

ABOUT MARIE AND GLEN NADER

An inspiring transformation at Witcher Creek Ranch is thanks to Marie and Glenn Nader’s willingness to think big and bold.

Marie, Glenn, and their son, Alan, are dedicated to promoting water conservation and soil health on a working cattle ranch. They credit state and federal conservation-focused programs and grants with helping them make dramatic changes on their 2,880 acres of Modoc County.

After buying the ranch in 1999, they developed a plan to work with nature by melding wildlife habitat with resilient grazing pastures. They consulted with several organizations on how to best preserve and improve the ranch’s natural resources.

The Naders introduced strategic rotational grazing of their cattle as a tool to improve the ecosystem. Fencing subdivided pastures into small sections for high-intensity, but short duration grazing, which is timed to optimize weed control and wildlife management.

The ranch’s location in northeast California is critically important to migratory birds who depend on wet meadows for stopover habitat. Therefore, wetlands are not grazed during waterfowl nesting season, and enough dry grass is left behind to provide nesting material and cover. 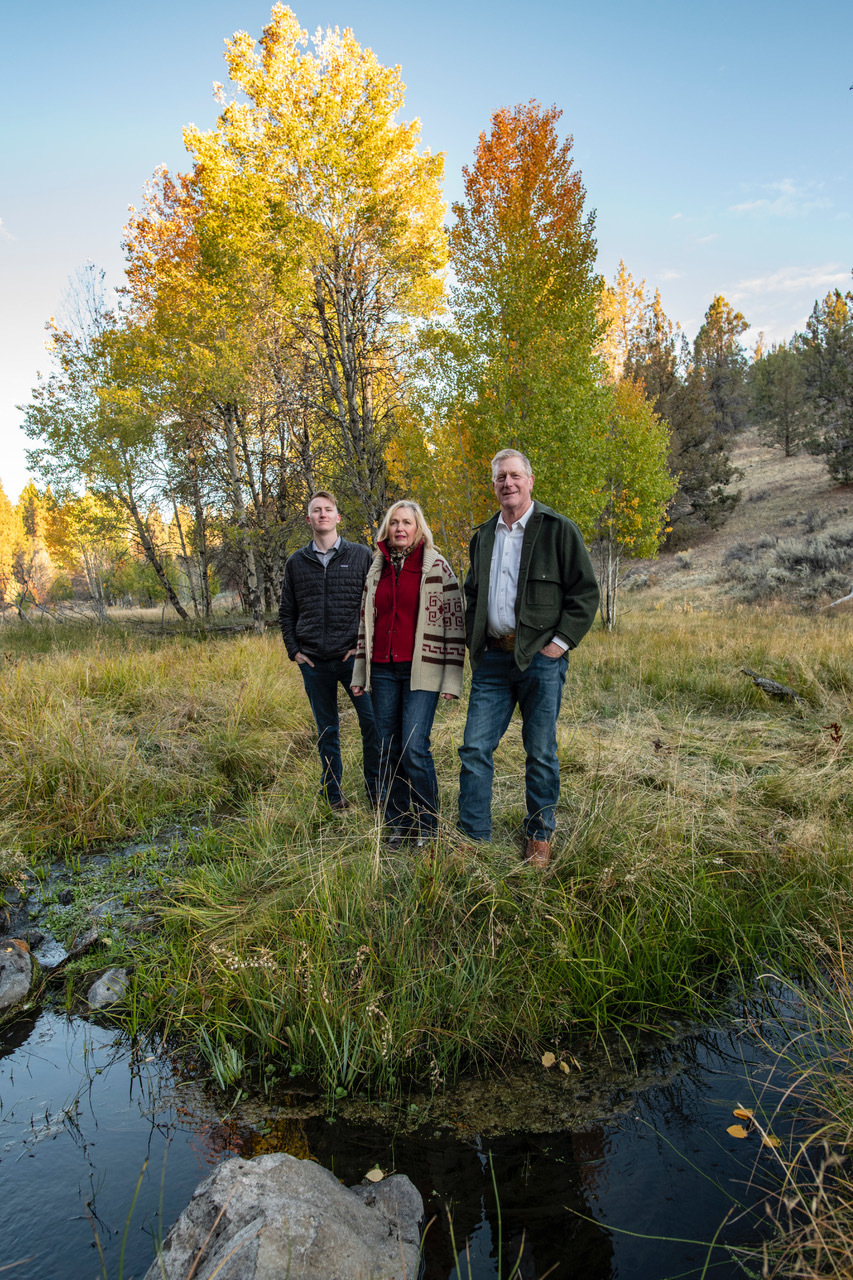 Water is the life blood of a cold desert environment. Replacing seven miles of irrigation ditches dug in the 1880s with an efficient system of underground pipelines allowed the Naders to better cope with two major droughts.

In addition to cattle grazing, the ranch’s other income stream is hay production. Since transitioning to organic hay production in 2014, the Naders have produced a bountiful crop on nutrient-rich soils without fertilizer. Hay production increased and labor costs decreased after a wheel line irrigation system was replaced with a pivot irrigation and piping system. Increased yield and revenue from organic hay made it easier to give 800 acres of wildlife-rich wetlands a three-year rest from grazing.

Working with nature means that while many landowners tried to get beavers out of their ditches and creeks, the Naders recruited them. Beaver dams are restoring the hydrological function of their creek, while raising the water table of a nearby meadow. The Naders also quantified their land improvements through bird monitoring. Using bird data gave them insight as to which stretches of a two-mile creek restoration needed more attention.

The Naders also opened their stream to wildlife researchers interested in the viability of reintroducing a threatened species of trout. Thermal data loggers collected hourly stream temperature data over a three-year period. Over time it was shown that their conservation practices are making progress in reducing the stream’s temperatures. It’s just one example of how the Naders have collected data for feedback on the progress of their conservation plans.

Whether it’s stream temperature data collection, soil sampling, or forage testing, the Naders consult with a variety of organizations on extensive monitoring programs. Just as restored streambanks and lush meadows would indicate, data provides conclusive evidence that their conservation practices are making an impact.

Sand County Foundation inspires and empowers a growing number of private landowners to ethically manage natural resources in their care, so future generations have clean and abundant water, healthy soil to support agriculture and forestry, plentiful habitat for wildlife and opportunities for outdoor recreation. sandcountyfoundation.org

The California Farm Bureau Federation works to protect family farms and ranches on behalf of more than 40,000 members statewide and as part of a nationwide network of more than 5.5 million Farm Bureau members. cfbf.com

Sustainable Conservation helps California thrive by uniting people to solve the toughest challenges facing the state’s land, air and water. Since 1993, it has brought together business, landowners and government to steward the resources that all Californians depend on in ways that are just and make economic sense. Sustainable Conservation believes common ground is California’s most important resource. suscon.org