Yardley Cattle Company of Beaver has been selected as the recipient of the 2021 Utah Leopold Conservation Award®.

Given in honor of renowned conservationist Aldo Leopold, the prestigious award recognizes farmers, ranchers and forestland owners who inspire others with their dedication to land, water and wildlife habitat management on private, working land.

The Yardley family was presented with $10,000 and a crystal award at the Utah Farm Bureau Federation’s Annual Meeting in Provo.

“The Yardleys have a family legacy of doing the right thing with their livestock and with the land, and this award is another example of that,” said Ron Gibson, President of the Utah Farm Bureau Federation. “The Yardleys are great examples of ranchers that are committed to environmental stewardship, and we congratulate them for this award. While we can only recognize one family with this award, we also want to thank the other finalists and the vast majority of farmers and rancher in our state who feel a sense of responsibility to the land and animals.”

“The Yardley family truly demonstrates a commitment to the land in their care. As dedicated conservationists, they understand the importance of preserving and protecting natural resources so they can thrive for generations to come. They are a great example of land owners that have made conservation a way of life, and we congratulate them on this well-deserved recognition,” said David Brown, President of Western AgCredit.

“As the national sponsor for Sand County Foundation’s Leopold Conservation Award, American Farmland Trust celebrates the hard work and dedication of the Utah recipient,” said John Piotti, AFT president and CEO. “At AFT we believe that conservation in agriculture requires a focus on the land, the practices and the people and this award recognizes the integral role of all three.”

Earlier this year, Utah landowners were encouraged to apply (or be nominated) for the award. Applications were reviewed by an independent panel of agricultural and conservation leaders. Among the many outstanding Utah landowners nominated for the award were finalists: Lewis Farms of Monticello in San Juan County, and Myrin Ranch of Altamont in Duchesne County.

“Treat the range like a lady,” is just one piece of advice Gilbert Yardley gave his son Steven.

For five generations the Yardleys have embraced a sacred stewardship for the land their livelihood depended on.

“If we take care of the range, it will take care of us,” Gilbert said of grasses and shrubs that grow on their fragile desert range.

Gilbert, 87, is the patriarch of the family behind the Yardley Cattle Company, which oversees, assists in, and coordinates in the management of more than 60,000 acres of private and rental property, and adjacent federal land. Just as they do on their own land, the Yardleys work to maintain a thriving ecological balance with range conservationists from Utah State Trust lands, the federal Bureau of Land Management, and U.S. Forest Service.

Their holistic and sustainable approach to range management, also applies to raising cattle and customer relations. In addition to a cow-calf operation, they sell high quality purebred Black Angus, Simmental and Maine Anjou cattle from coast to coast.

“You can do more damage in a year of overgrazing than you can make up for in a lifetime,” is another piece of fatherly advice Steven recalls. As a result, their herd’s size is reduced in seasons of drought. In extreme conditions they keep cattle off pastures to protect the landscape.

The Yardleys see managing natural resources as a science and an art; A science in learning, and an art in applying.

In partnership with others, they’ve rehabilitated thousands of acres of rangelands with controlled burns, removal of Juniper and Pinion trees and invasive brush, and reseeding with native grasses. Their work to stop the spread of Spotted knapweed in Garfield County has nearly eradicated the noxious weed. With the Utah Division of Wildlife Resources, the Yardleys planted water-loving grasses in streambed riparian areas and installed protective fencing to prevent erosion.

By digging several water catchment ponds along a creek, the Yardleys improve water quality downstream by catching silt while providing a water source in otherwise arid locations. Livestock, wildlife, songbirds and amphibians are also provided water in far reaches of the ranch thanks to the development of 12 wells, eight pipelines, and five springs that stand as oases in the desert.

The Yardleys are transitioning from windmills to solar panels to operate the wells. While both are sources of renewable energy, the panels are more reliable and have the ability to push water up pipelines.

As a former state FFA officer who now serves as the Western Rangelands Conservation Association’s vice president, Steven aims to set a high example of what agricultural conservation and animal husbandry can achieve, despite agriculture’s vocal critics say.

Steven can trace his roots back to when his great-great-grandfather began raising cattle outside of Beaver in 1856, but he takes the most satisfaction in looking forward.

He thinks the most important work that takes place at Yardley Cattle Company is teaching children about the land, the plants on it and the animals that utilize them. It’s his way of passing along his family’s deep, abiding love for the land they ranch on, the water they manage, and their Western way of life. 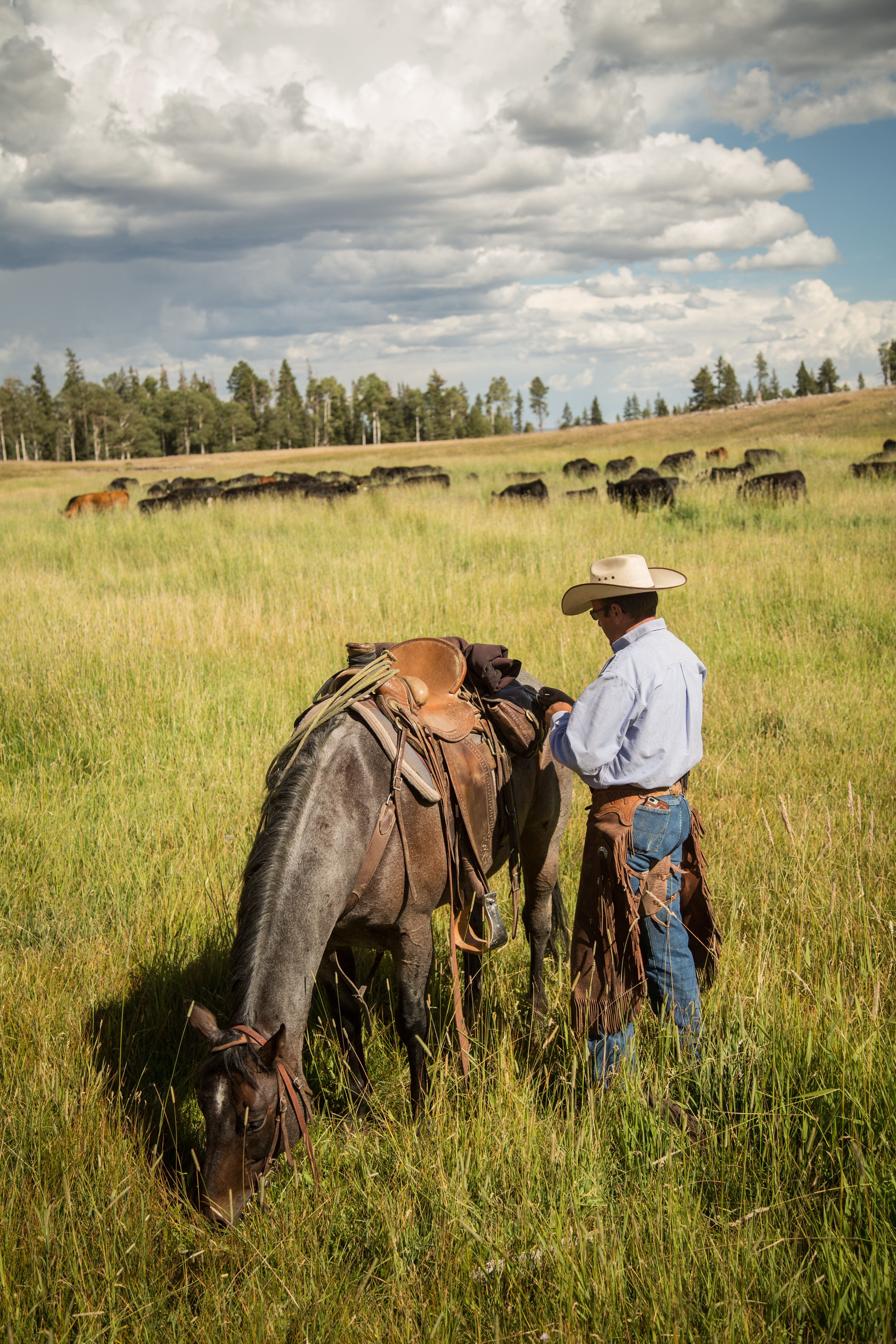 Its mission is to inspire all Utah families to connect, succeed and grow through the miracle of agriculture. It strives to bring value to every citizen and community through love of God, family, country, and the land through political action, educational and informational means. www.utahfarmbureau.org.

The Utah Cattlemen’s Association has represented Utah cattle producers since 1870, preserving the heritage and strength of the industry through education and public policy and by supporting and establishing the adoption of good principles of raising and marketing cattle and caring for the land we ranch on. Efforts are made possible through membership contributions. www.utahcattlemen.org.