Brubaker Farms is the 2021 recipient of the Pennsylvania Leopold Conservation Award®.

The Brubaker family was revealed as the award’s recipients at the Pennsylvania Farm Show in Harrisburg. The dairy and poultry farmers from Mount Joy in Lancaster County receive $10,000 and a crystal award for being selected.

“The Heinz Endowments’ sustainability program promotes community health and vitality through sustainable food systems, and as part of this work we are pleased to cosponsor the Leopold Conservation Award. We believe the Leopold Conservation Award, and the outstanding leadership in agriculture that it recognizes, plays an important role in encouraging the continued growth of Pennsylvania’s sustainable agriculture movement,” said Andrew McElwaine, Vice President of Sustainability for The Heinz Endowments.

“The Brubaker family provides us with a comprehensive example of how farmers build upon their environmental stewardship successes. Luke, his sons Mike and Tony, and now Josh, have taken the lead in conservation practices and continue to serve as an example of environmentally and community-minded innovation,” said Pennsylvania Farm Bureau President Rick Ebert. “The Brubaker’s commitment to being good stewards and good neighbors shines through in the overall success of their dairy and poultry farm.”

“As the national sponsor for Sand County Foundation’s Leopold Conservation Award, American Farmland Trust celebrates the hard work and dedication of Brubaker Farms,” said John Piotti, AFT president and CEO. “At AFT we believe that conservation in agriculture requires a focus on the land, the practices and the people and this award recognizes the integral role of all three.”

Earlier this year, Pennsylvania landowners were encouraged to apply (or be nominated) for the award. Applications were reviewed by an independent panel of agricultural and conservation leaders.

Among the many outstanding Pennsylvania landowners nominated for the award were finalists: Glen Cauffman of Millerstown in Perry County, and Dotterer Farms of Mill Hall in Clinton County. The 2020 Pennsylvania Leopold Conservation Award was presented to Slate Ridge Dairy of Saint Thomas in Franklin County.

Brubaker Farms is a showcase for agricultural conservation amid more than a half million residents in Lancaster County.

With residential developments bordering its 1,800 acres, Brubaker Farms is where the rural-urban interface occurs. Its neatly manicured farmstead is home to 1,300 dairy cows and 52,000 broiler chickens. Despite its size, the farm’s public outreach and neighborly farming practices are a selling point when nearby homes are on the market.

Choosing conservation projects with dual economic and environmental benefits has defined the Brubaker’s philosophy on land stewardship and growth.

Luke Brubaker and his sons, Mike and Tony, were early adopters of soil health and nutrient management practices, and energy-producing technologies. Their land ethic has been passed on to Josh Brubaker, who recently became the fourth generation with a stake in the farm’s ownership.

Much of the farm is in a wellhead protection area, which means its soil filters rainwater that eventually provides drinking water from their neighbors’ wells. To protect water quality, the Brubakers plant cover crops each year and practice no-till farming. With credits earned for their innovative cropping practices, Brubaker Farms was among Pennsylvania’s first farms to trade nutrient credits with local wastewater treatment plants.

With assistance from the federal Conservation Reserve Enhancement Program (CREP) they fenced cattle away from streams and planted trees in 15 acres of riparian buffers. As a result, deer, turtles and waterfowl are thriving, and a stream running through the farm is a highly productive fly fishing-only zone designated for trout.

As the Brubakers grew their dairy herd, they improved their ability to store, handle and apply manure in ways that help minimize its environmental impact while maximizing its economic value as fertilizer. Their anerobic manure digester kills pathogens and collects methane from the manure. Manure is then pumped through a separator which presses out the solids from the liquids, creating a sanitary bedding product for cattle. Neighbors appreciate that the fertilizer produces less odor.

When the Brubakers began milking cows at a secondary location they installed a buried pipeline to transport manure to the main dairy where the digester was located.

The Brubakers ‘dragline apply’ manure on 500 acres. This prevents soil compaction from large manure spreading equipment, and it keeps heavy, noisy equipment off of local roads.

Brubaker Farms built a methane digester in 2007 to convert manure into electricity. It produces enough energy for the farm and 325 homes, while improving air quality by capturing and destroying greenhouse gases. Excess heat created by the digester is recycled to heat farm buildings and pasteurize milk fed to calves.

Energy generated from solar panels on barn roofs at Brubaker Farms is used to heat water and produces electricity for 150 homes.

Most water is used for more than one purpose on the farm. Water to chill milk tanks is later used as drinking water for cattle. Water used to rinse out the milking parlor’s pipes is later used to clean its floors, before being irrigated onto crops.

The Heinz Endowments is devoted to the mission of helping our region prosper as a vibrant center of creativity, learning, and social, economic and environmental sustainability. Core to our work is the vision of a just community where all are included and where everyone who calls southwestern Pennsylvania home has a real and meaningful opportunity to thrive. http://www.heinz.org/

Pennsylvania Farm Bureau is the state’s largest farm organization, representing farms of every size and commodity across Pennsylvania. www.pfb.com 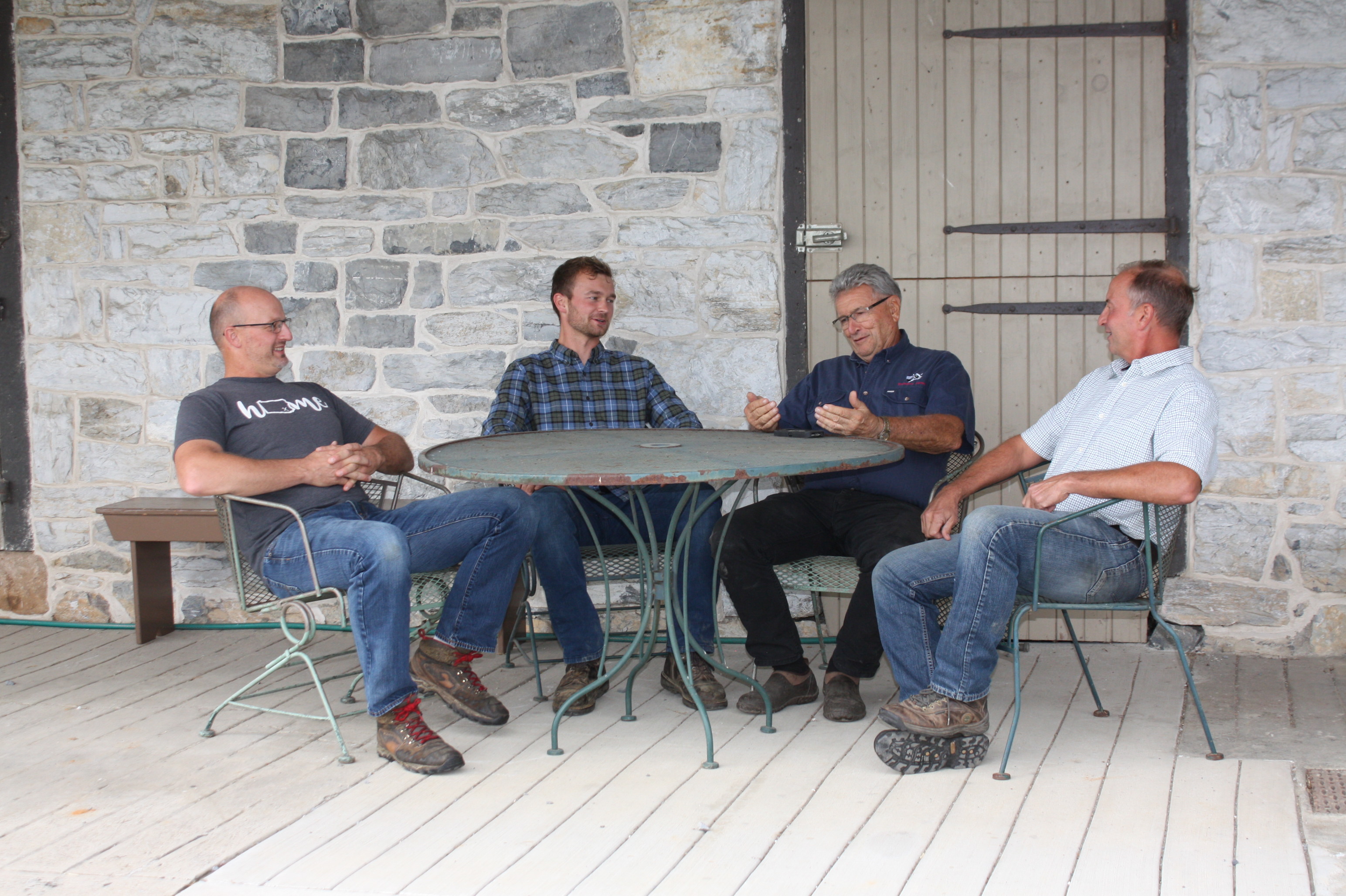