Spring Valley Cattle of Glen Ullin is the recipient of the 2022 North Dakota Leopold Conservation Award®.

Given in honor of renowned conservationist Aldo Leopold, the prestigious award recognizes private landowners who inspire others with their dedication to land, water and wildlife resources in their care.

Lance Gartner, a cattle rancher from Morton County who owns Spring Valley Cattle, will be presented with $10,000 and a crystal award for being selected during the North Dakota Association of Soil Conservation Districts’ Annual Convention in November.

“The North Dakota Grazing Lands Coalition is proud to join in congratulating the Gartner family of Spring Valley Cattle on being awarded the 2022 Leopold Conservation Award,” said Jerry Doan, NDGLC President. “The Gartner family truly exemplifies what it means to promote conservation and regenerative practices on the working lands of North Dakota.”

“On behalf of the North Dakota Stockmen’s Association, I want to extend congratulations to Spring Valley Cattle, this year’s Leopold Conservation Award winner,” said NDSA President Jeff Schafer, a New Rockford cattleman. “Ranchers and farmers take their jobs as stewards of the land and the livestock seriously. It is not only how we make our living, but how we can ensure a legacy for future generations. Spring Valley Cattle is a testament to that, and we congratulate them on this prestigious honor.”

“The North Dakota Association of Soil Conservation Districts is honored to be a partner in the prestigious Leopold Conservation Award in North Dakota,” said Brian Johnston, NDASCD CEO. “We are proud to honor Spring Valley Cattle by recognizing its commitment to incorporating sound conservation practices to ensure the land will be productive for those who come after.”

“As the national sponsor for Sand County Foundation’s Leopold Conservation Award, American Farmland Trust celebrates the hard work and dedication of the North Dakota recipient,” said John Piotti, AFT President and CEO. “At AFT we believe that conservation in agriculture requires a focus on the land, the practices and the people and this award recognizes the integral role of all three.”

Earlier this year, North Dakota landowners were encouraged to apply (or be nominated) for the award. Applications were reviewed by an independent panel of agricultural and conservation leaders.

In his influential 1949 book, “A Sand County Almanac,” Leopold called for an ethical relationship between people and the land they own and manage, which he called “an evolutionary possibility and an ecological necessity.”

Whether it’s land or livestock, Lance Gartner believes it’s best to look at nature and emulate it. As owner of Spring Valley Cattle, he extends his calving season late into May and grazes most of the winter. That’s working with nature, rather than against it.

Lance has created a low-input ranch that is economically and environmentally resilient with a diverse, no-till cropping system, and reduced labor, fuel and other input costs required to raise beef cattle.

Innovative grazing and cropping strategies have allowed Spring Valley Cattle to nearly double production from its 5,000 acres, reducing the need for more land and the costs associated with it.

Lance’s grazing strategies typically allow him to leave taller grass on the land, which makes the landscape more drought tolerant. Better managed grasslands are more ecologically productive. Cross fencing has been used to increase the number of grazing cells on the ranch from 14 to 88 since 2005. This was made possible by the installation of solar water developments across the ranch to provide reliable access to drinking water for livestock and wildlife.

Spring Valley Cattle has partnered with local, state and federal agencies and programs to install conservation practices such as reseeding more than 410 acres of crop fields with native grasses.

Spring Valley Cattle’s herd is grazed as long as winter weather cooperates, with hay typically fed for just five weeks when the snow is deepest. Lance distributes hay bales to parts of the ranch that will benefit most from the nutrients in cattle manure. The herd has adapted to these unique winter grazing techniques, and Lance reports better herd health, a healthier range, and a reduction in the concentration of manure on the landscape.

On his 400 acres of alfalfa, rye and oats, Lance uses no-till cropping methods and a diverse rotation of cover crops to promote water infiltration, reduce erosion and control weed species. Cover crops such as sorghum and sudan grass are grazed, which helps break up soil compaction and increase water and mineral cycling.

For more than a decade, Spring Valley Cattle has not used synthetic fertilizers on crops. Instead, rye and oat crops are paired with a companion legume such as peas or hairy vetch. The legumes naturally supply the rye and oats with the nitrogen they need to grow, which keeps input costs low. These are the types of innovative approaches Lance shares with others as a member of the Grazing Lands Coalition Mentor Network.

In its nomination of Spring Valley Cattle, the Morton County Soil Conservation District wrote that whether during a ranch tour, as a guest speaker, or a one-on-one monitoring session, Lance’s message is “honest, raw, and full of things that worked well and those that didn’t.”

Spring Valley Cattle provides a blueprint for how a family-run ranch can embrace a more sustainable model of land improvement. It shows that farms and ranches can retain their size yet produce more to meet the needs of feeding a growing population. 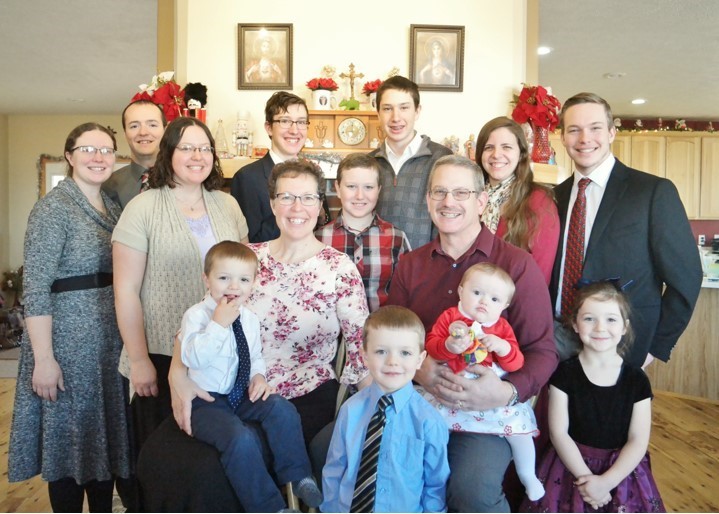 The Lance and Anissa Gartner Family