Conserving California’s water is important when milking cows. The Berettas are dairy farmers who have long sought to improve water quality and quantity.

Located in Northern California’s ecologically and economically important Laguna de Santa Rosa watershed, the Berettas are innovators when it comes to recycling wastewater and preserving groundwater.

Doug and Sharon Beretta farm with their children: Jennifer, Lisa, and Ryan, and grandson Brayden. Doug’s father Bob had the foresight in 1968 to build a pond that secures nutrients from runoff. The nutrients are later used to fertilize pastures and crop fields. It’s one of many conservation projects the Berettas have implemented to reduce groundwater usage, improve soil health, cut greenhouse gas emissions, and protect federally recognized endangered species.

The Berettas have utilized the City of Santa Rosa’s reclaimed wastewater to irrigate their pastures and hay fields since 1981. Using recycled water has eliminated the need to draw 45 million gallons of groundwater annually. The Berettas also partnered in California’s first-of-its-kind, voluntary water quality credit trading project with Santa Rosa and the Sonoma Resource Conservation District in 2015. It aided with pasture improvements that protect water quality by reducing soil erosion and manure runoff.

Recently, Beretta Family Dairy secured a pair of grants from the California Department of Food and Agriculture to achieve more environmental and economic efficiencies through conservation. An Alternative Manure Management grant helps reduce labor and fuel costs with a new barn scraper system and a manure separator that eliminates methane. Compost derived from the separation process is used as cattle bedding, which eliminates their need to purchase sand. A Healthy Soils Program grant will improve forage productivity by spreading compost on pastures, utilizing a no-till drill to seed grassland, and designing a new rotational grazing plan.

Due to volatile prices in the conventional milk market, the Berettas made the decision in 2006 to transition to organic production for a better and more stable pay price. In doing so, they also began switching from the Holstein to Jersey breed. Jersey cows are better grazers and their smaller frames create less compaction on the soil.

The Berettas graze their cattle on wetlands, thoughtfully managing these areas for their ecological significance with beneficial grazing practices. That includes 200 acres of wetland that they lease from the State of California. The combination of irrigation and managed grazing of pastures and wetlands has helped reduce the likelihood of wildfire.

As Santa Rosa’s city limits have grown, Beretta Family Dairy has become a refuge to turkeys, pheasants, and deer. The farm’s ponds serve as nesting areas for waterfowl, and its pastures are covered with 100-year-old valley oak trees.

The Laguna de Santa Rosa watershed’s unique ecological communities compel the Berettas to use careful farming practices that benefit the natural systems they work within. That includes farming with three endangered flowers, one of them endemic to the Laguna, and an endangered, distinct population segment of the California tiger salamander.

Long ago, Doug Beretta was taught that you only milk as many cows as your land can handle. That advice is just part of the conservation ethic that has guided Beretta Family Dairy for more than 70 years. 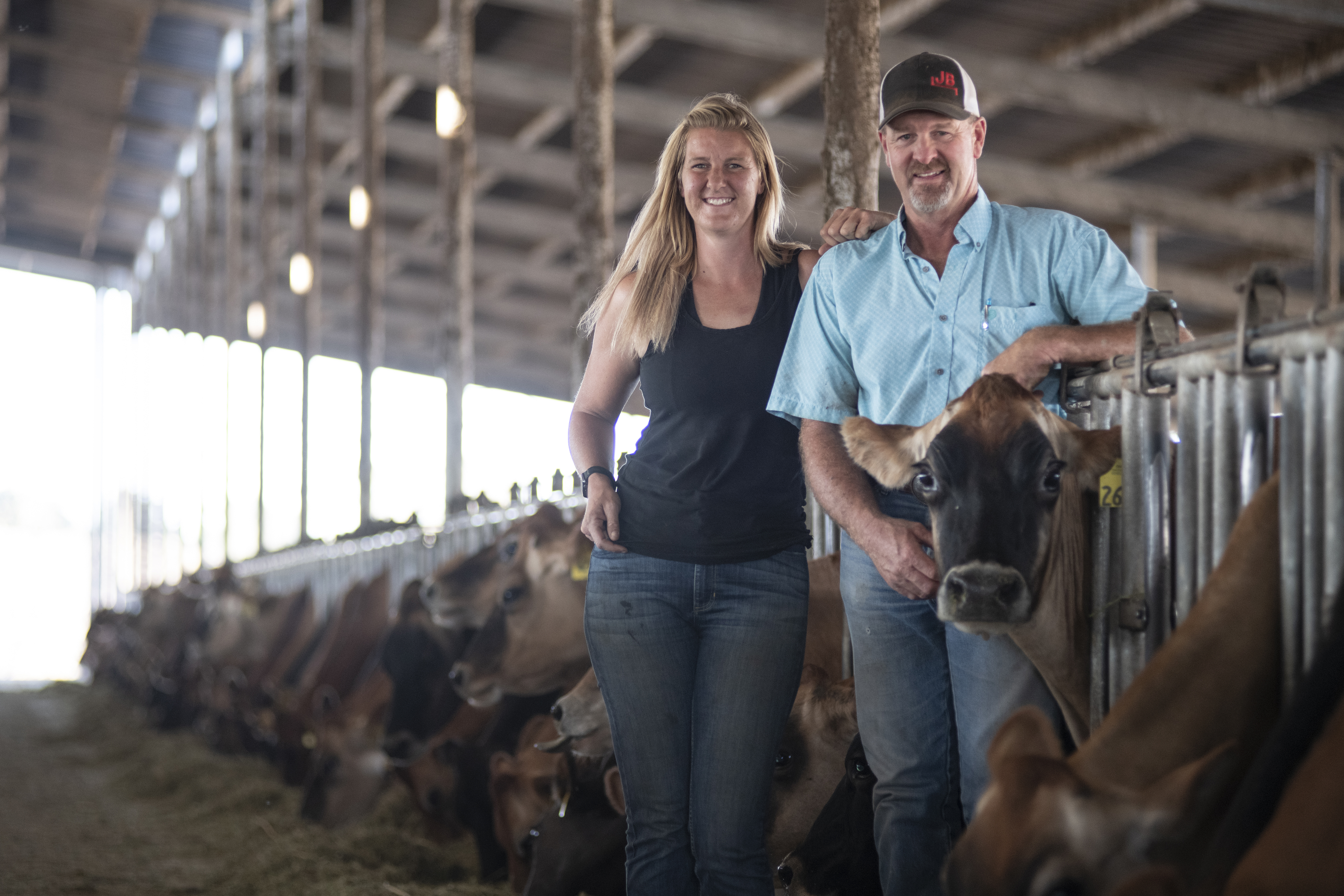