There’s a new sheriff in town on one of Maryland’s oldest dairy farms.

Caleb and Alice Crothers were in their thirties when they left behind law enforcement and healthcare careers in Knoxville to return to his family’s farm. Caleb took over the 200-cow herd at Long Green Farms in 2015, the year before his father passed away.

Long Green Farms is located amid intense residential growth near the environmentally sensitive Chesapeake Bay. The Crothers don’t plan to grow their dairy herd’s size and are using conservation practices to make the farm economically and environmentally sustainable. 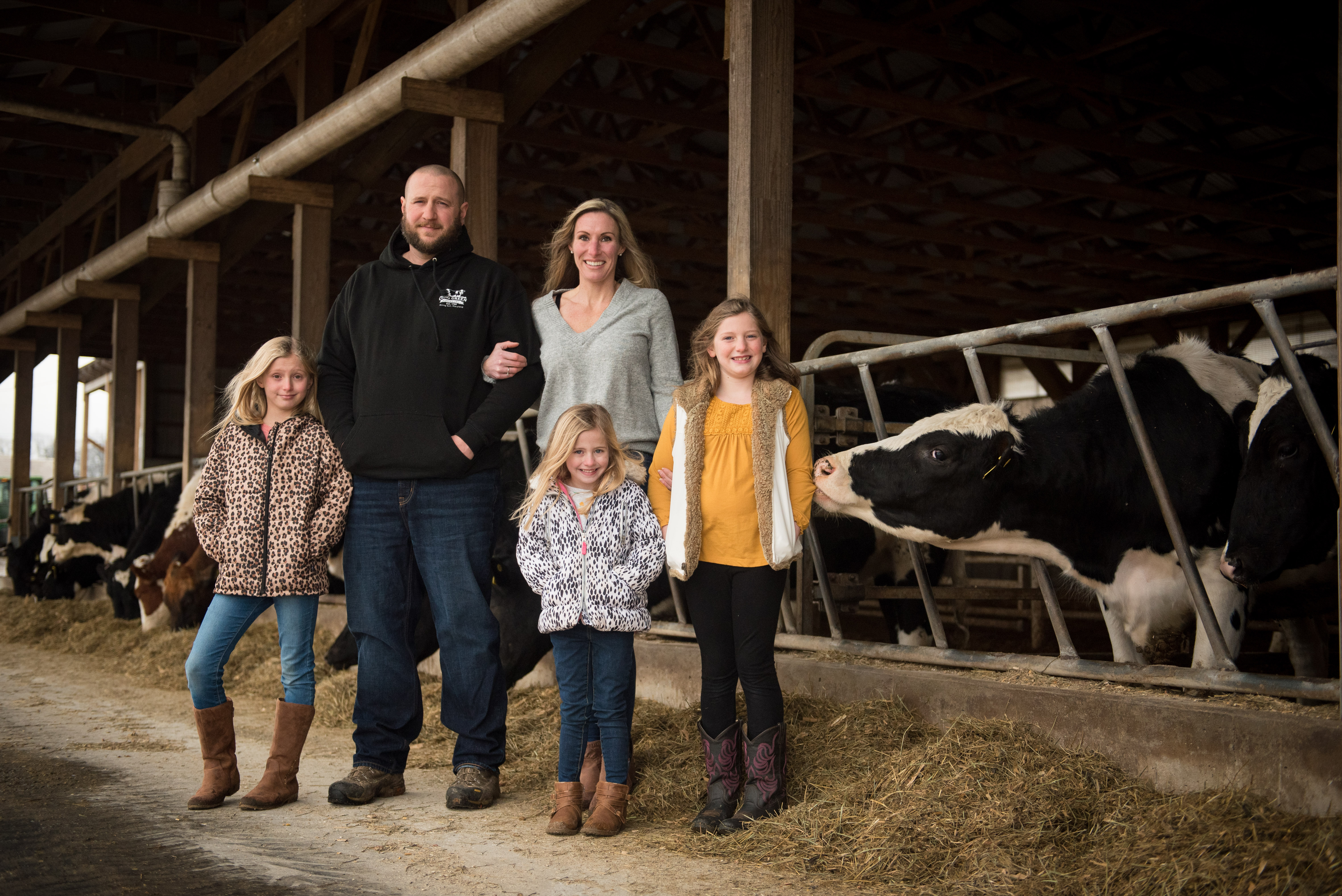 The Crothers partnered with Appalachian Stream Restoration and Wetland Studies in 2020 to reconstruct and realign more than 14,200 feet of streambank of a creek that feeds into North East Creek, a direct tributary of the Chesapeake Bay. The project included planting 60,000 trees, grading, and installation of many stream and fish habitat improvements. The project prevents 8763 pounds of nitrogen, 1210 pounds of phosphorus, and 1974 pounds of sediment from entering the creek annually.

To prevent soil erosion from farm fields, the Crothers plant 300 acres of cover crops to slow the velocity of rainfall and melting snow. Cover crops also improve the soil’s ability to infiltrate water, cycle nutrients, and build organic matter. An aerial applicator is used to broadcast cover crop seeds into standing crops of soybeans and corn, which gives the cover crop a jump start prior to the corn and soybean harvest. Long Green Farms also invested in a no-till planter for corn and soybeans to not disturb the soil’s structure.

To minimize the use of commercial fertilizers, the Crothers use drag lining to apply manure on their 225 acres of corn, 120 acres of soybeans, and 80 acres of hay. This process reduces field compaction and allows for precise application.

A livestock barn with manure storage was constructed in 2017 to provide a stable, non-eroding surface to house heifers. Clean rainwater from its roof, and runoff from terraces are diverted to grassed waterways that carry water to a safe discharge area without creating flooding or erosion. These areas, along with the land Caleb’s grandfather enrolled in the Conservation Reserve Program, improve water quality while providing wildlife habitat.

While Long Green Farms has lots of neighbors, it doesn’t generate complaints. Alice connects with neighbors and promotes ag literacy via her ‘Heels and Holsteins’ Facebook page. Caleb, an eighth-generation dairy farmer, serves on the National Dairy Research and Promotion Board. The Crothers have placed 535 of Long Green Farms’ acres into permanent protection with the Cecil Land Trust.

As for what’s next, the Crothers will soon replace an earthen lagoon with a concrete structure to store manure. With a goal of achieving carbon neutrality, they are exploring options to install a methane digester to generate electricity, and a sand separator to recycle sand used as livestock bedding. As farmers, they cite conserving the environment among their greatest callings.

Despite owning a family farm that has been around since 1759, it's clear Caleb and Alice aren’t resting on its laurels. 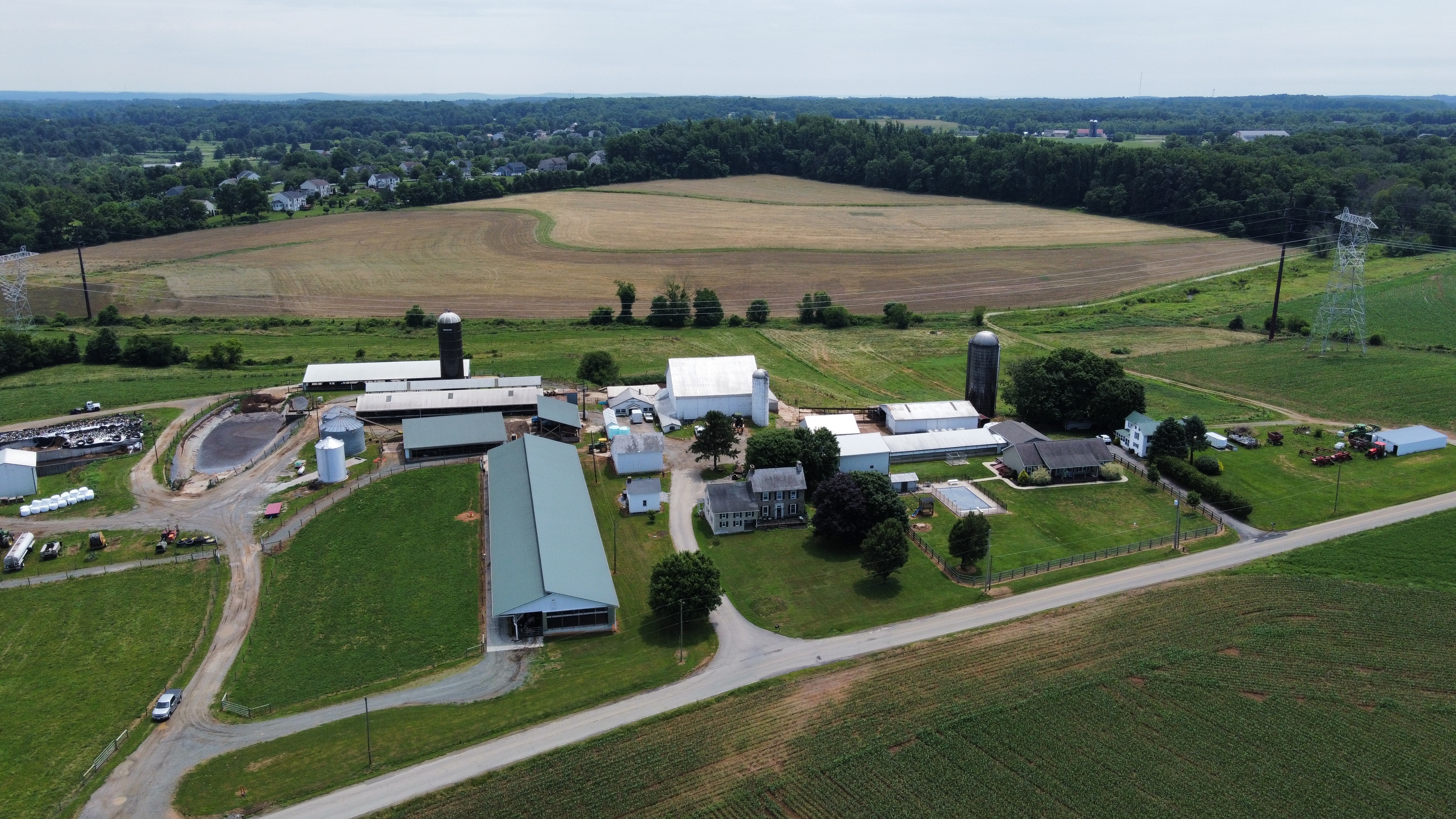 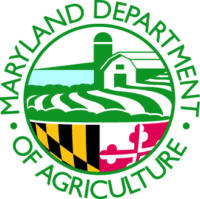