Resiliency has defined Collins Ranch for more than a century. Under the same family’s management, the ranch has weathered the Dust Bowl, crippling droughts, volatile commodity prices and sizeable prairie fires.

Today, the ranch’s fragile grassland environment benefits from continued stewardship provided by Toby and Amy Johnson and their children: Brad, Haley, and Tess.

The Johnson’s cow-calf ranch on Colorado’s Eastern Plains consists mostly of shortgrass and sandsage prairie. The family believes they are grass farmers first and cattle ranchers second. They take pride in how well their grass grows in a semi-arid region.

They know overgrazing during a drought, or overstocking their herd when beef prices are high, could have devastating consequences for this brittle rangeland.

Transitioning to a rotational grazing system from grazing an area all season long has improved their soil’s health. Now each pasture is grazed for less than a week before the land gets a minimum of 100 days rest. Utilizing more, but smaller, pastures protects against overgrazing, allows for rapid range improvement, and achieves optimal nutrition for cattle.

By moving cattle to fields of corn stalks and wheat during the winter, native grasses and riparian areas have been protected. Likewise, switching the herd’s calving season from late winter to May also proved beneficial to the health of cattle and grass.

The USDA Natural Resources Conservation Service assisted Collins Ranch with 35 miles of underground pipelines to widely distribute water for livestock and wildlife. More than 50 water sources have been replaced or installed, with bird ramps placed in all water tanks. All water sources are located uphill to prevent erosion in meadows and riparian areas along creeks.

Among their other innovative conservation practices, the Johnsons released tens of thousands of beetles as a cost-effective and environmentally-friendly way to eradicate invasive and water-intensive tamarisk trees from riparian areas. They also work with Colorado Parks & Wildlife and a hunting outfitter to sustain the strong population of deer on their ranch, and they defer grazing and mark barbed wire fences to protect lesser prairie-chicken leks.

Amy is the chairperson of Kit Carson Rural Development, a nonprofit that works to fill the gaps that exist in a community without a department of public health, public housing, hospital, day care and recreational center. Since 2006 the group has built the town’s only park and a business incubator, cleaned up a massive brownfield site, and created affordable housing for teachers and local families, by leveraged more than $2.7 million in grants and contributions. Likewise, Toby serves on the local school board, which successfully sought a grant to build a new school.

The Johnsons are doing more than their part to keep this small town thriving so future generations will continue ranching and caring for Colorado’s landscape. 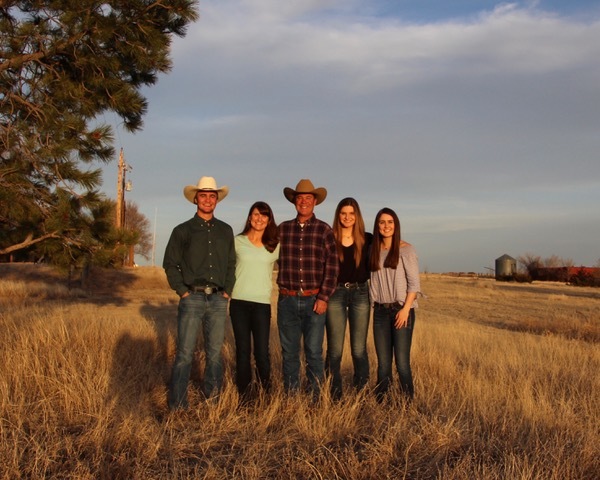