“My whole life is centered around my love affair with Hart County. I have spent my life taking care of the people (as a country doctor) and the land (as a farmer),” says Dr. James W. Middleton.

In the five decades since he took the reins of his family farm, he has improved the health of thousands of highly-sensitive acres along the Green River. Successful farming and conservation along one of North America’s most ecologically-important river corridors required an ability to adapt, experiment and innovate.

Embracing the conservation ethic passed down to him, in high school he took steps to address the farm’s chestnut blight scourge. He utilized computer modeling to assess better uses for land at the dawn of that technology.

Reading the tea leaves of the farm economy, he exited the dairy business to begin raising Polled Hereford beef cattle on pastures. Likewise, just as southern cotton growers had once converted to pine plantations, Dr. Middleton decided to grow high-quality hardwood timber as tobacco’s prominence as a cash crop faded.

He improved and expanded the timber plantings his parents began in the 1950s. New trees and native grasses provided erosion control on hillsides and the river banks.

Dr. Middleton says abandoning tobacco and other row crops, for pastures, forests and hay fields was the best thing he could do for his land and the Green River. He worked with conservation partners to stop the threat of invasive plant species, and reestablish rare and endangered species on land and in the water. He planted 220 acres with vegetation to attract pollinator insects, birds and wildlife.

The changes to the farm were environmentally and economically beneficial.

Timber sales from managed forests over the past 30 years have totaled more than 1.8 million board-feet. Hay is sold to other livestock owners. Fees from hunting leases net more revenues than his last tobacco crop did in 2005, and the hunters also help the local economy.

Dr. Middleton has donated conservation easements including five parcels of land that cover 115 acres and more than two miles of river frontage. Since then, he and farm employees help nurture the more than 100,000 hardwood trees that have been planted on the land.

When not improving his community’s health as a physician, Dr. Middleton has made a mark with his commitment to farm conservation practices, water quality, wildlife habitat, and providing outdoor recreation opportunities for others.

The self-described country doctor is also a conservationist in the truest Leopold tradition. 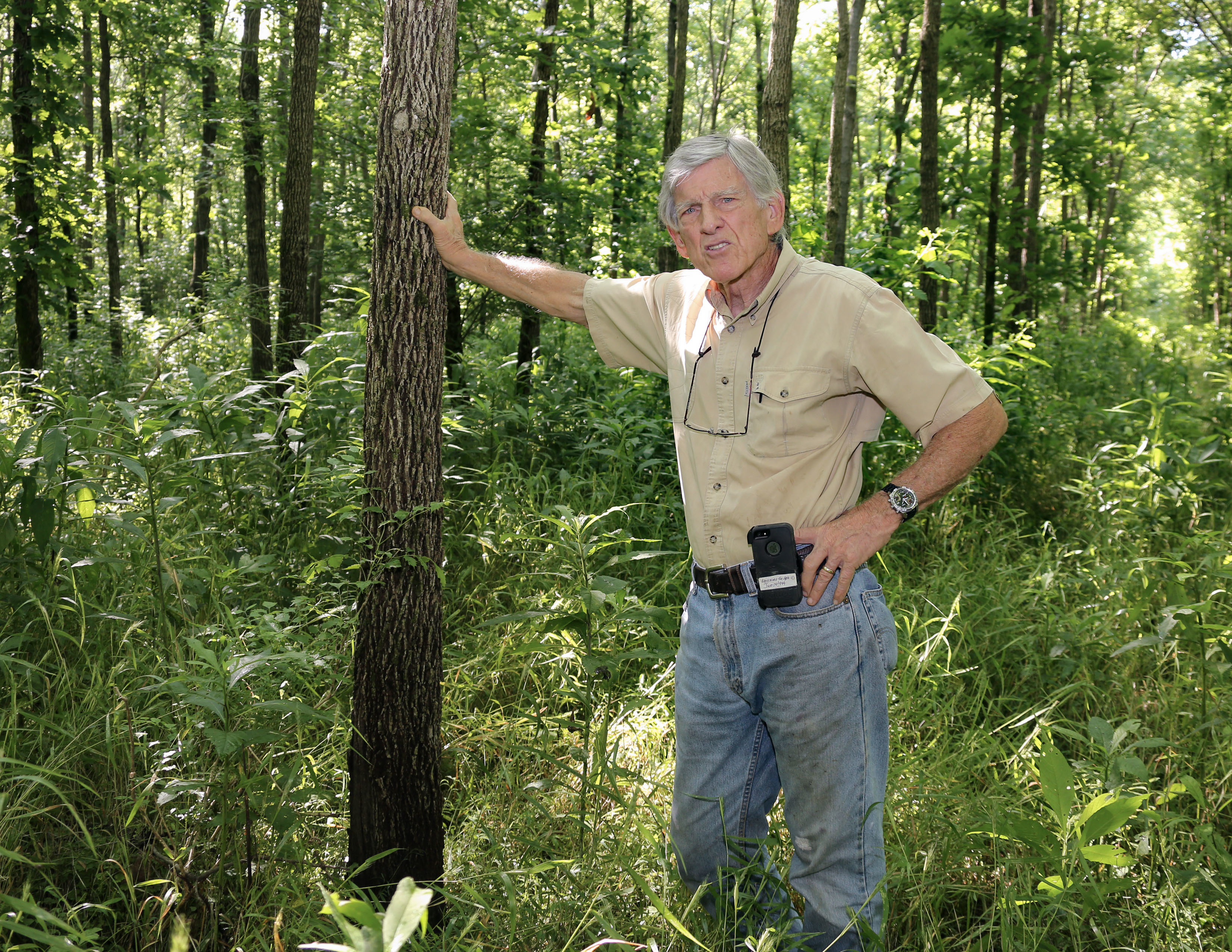