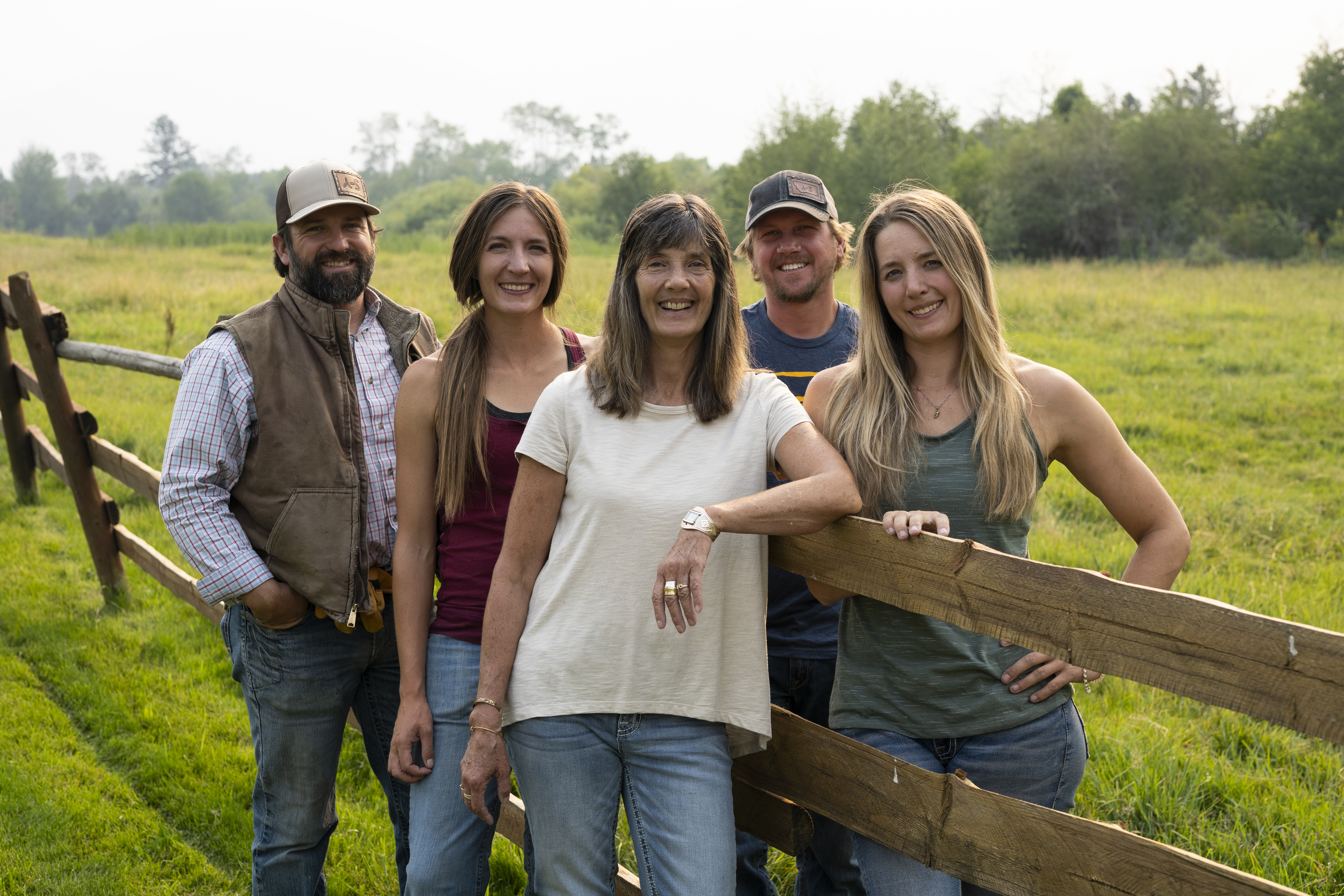 Kelly Flynn taught his daughters to raise a baby lamb, ride a horse, and ultimately, run a ranch.

His land ethic was passed down from relatives who carved a living from the land since the 1860s. He recalled his aging parents pulling weeds on hot days. With those values etched in his mind, he spent a life caring for livestock, wildlife, and 6,000 acres of meadows, creeks and forests.

With his father and brother, and later his wife Jill and daughters Shannon and Siobhan, he developed a paradise for hunters and summer vacationers at Hidden Hollow Hideaway Cattle & Guest Ranch. He took pride in showing hundreds of visitors that you can log timber, raise livestock, and still experience a beautiful landscape.

In Kelly’s Leopold Conservation Award application, he humbly referred to himself as the ranch’s “temporary steward.” He ran the ranch and imparted wisdom until he passed away on March 3, 2021.

A stellar track career took him away to college, and later to Denmark, but he returned to the ranch and mountains he loved. His early conservation efforts centered around removing noxious weeds to maintain pastures for cattle and wildlife habitat. He took his fight against weeds, like Leafy spurge and Canadian thistle, to neighboring parcels owned by federal land agencies unable to fund weed control.

When pine beetles killed thousands of trees on the ranch, the Flynns removed the dead timber and reseeded grass mixes that would compete with long-dormant noxious weed seeds. These and other timbered areas created attractive park-like settings for guests to hike and view wildlife. Stewarding these timber resources made it more difficult for wildfire to catastrophically ravage the landscape.

Kelly’s concern for the health of the land went well beyond his property. As a member of the Montana Legislature from 2011 to 2019, he chaired the Fish, Wildlife & Parks Committee and championed conservation legislation. He successfully passed a bill that established the Wildlife Habitat Improvement Program, which provides $2 million in annual grants to reduce and eliminate noxious weeds on high-value wildlife habitats.

In his award application, Kelly highlighted this Aldo Leopold quote: “I do not imply that this philosophy of land was always clear to me. It is rather the end result of a life journey.”

His application read, “I feel the same way. As I grew up over those years, I learned from those who went before me – my mom and dad, my brothers and sisters. Over time, my philosophy of stewardship shared and grew and now in the twilight of my life I’m content to do my best to quietly steward the land as best I can.”

There’s little doubt that Kelly was the type of landowner that Leopold had in mind when he wrote, “A conservationist is one who is humbly aware that with each stroke, he is writing his signature on the face of his land.”

For the betterment of all, Kelly Flynn wrote his signature on Montana’s landscape.