Agriculture and education go hand-in-hand for Joe and Christy Tomandl; so do grazing and dairy farming.

Joe and Christy grew up on dairy farms before meeting in college studying to become teachers. They taught agriculture to middle and high schoolers before pursuing their own dairy farm dreams. They bought 40 cows and 80 acres near Joe’s hometown of Medford, while expecting their first child.

Joe grew up on a dairy farm where cattle were grazed. He felt that grazing made the most sense, economically and environmentally, for a beginning dairy farmer.

Joe and Christy had a conservation plan in place before their first day of farming. With planning and financial assistance from the Taylor County Land Conservation Department and the federal Natural Resources Conservation Service, they built infrastructure to rotationally graze cattle. Pastures were seeded with perennial forages. Travel lanes, fencing, and waterlines were built, and a large wetland was restored. 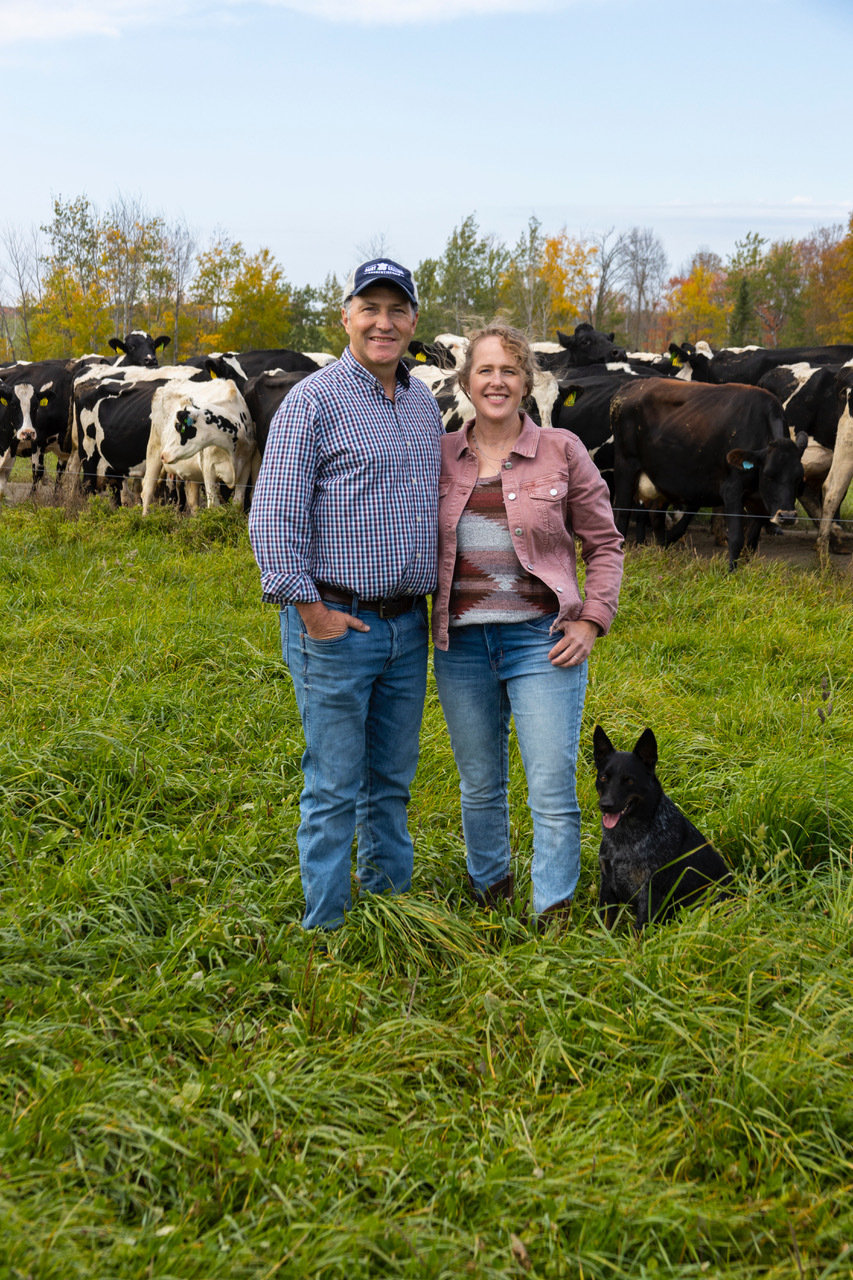 The Tomandls even chose to raise a dairy breed known for its grazing efficiency, New Zealand Friesians. The cows are fed harvested perennial forages during the winter. A managed grazing system for the herd protects the farm’s woodlands and wetlands, and grazing is delayed in some areas for grassland nesting birds.

The Tomandls exceeded the soil conservation requirements of Wisconsin’s Farmland Preservation Program. Their cropland’s soil erosion rate is nearly zero. The University of Wisconsin’s Marshfield Agricultural Research Station called their system the gold standard in soil health for coupling farm profitability with environmental benefits like improved water infiltration and proven carbon sequestration. As an organic farm, the lack of pesticide use improves pollinator habitat in its pastures.

The Tomandls adeptly balanced their conservation and business planning as the farm grew to 180 cows on 320 acres by 2010. That same year, Joe drew on his agricultural education roots to spearhead a grazing apprenticeship in Wisconsin.

Joe developed a two-year, work-based program that links aspiring graziers with dairy farmers. He laments the consolidation of dairy farming, as fewer dairies erode infrastructure and leadership in rural communities. This inspired him to design a structured pathway to transfer knowledge, skills, and farms to the next generation.

The Dairy Grazing Apprenticeship was registered as a national apprenticeship by the U.S. Department of Labor in 2015. As its executive director, Joe oversees more than 200 approved training farms in 15 states.

When the opportunity to grow their own farm came up, the Tomandls didn’t just build another freestall barn to milk more cows. Instead, they established a second 180-cow farm on 200 acres nearby in 2015. They added yet another 175-cow dairy on 200 acres of pasture in 2020.

Joe and Christy are achieving what they first set out to do as agriculture teachers. They are providing an obtainable path for future dairy farmers, which brings people back to rural communities.

By only grazing as many cows as their land can sustain, they are improving soil health, water quality and wildlife habitat. When it comes to conservation, the Tomandls are at the head of the class. 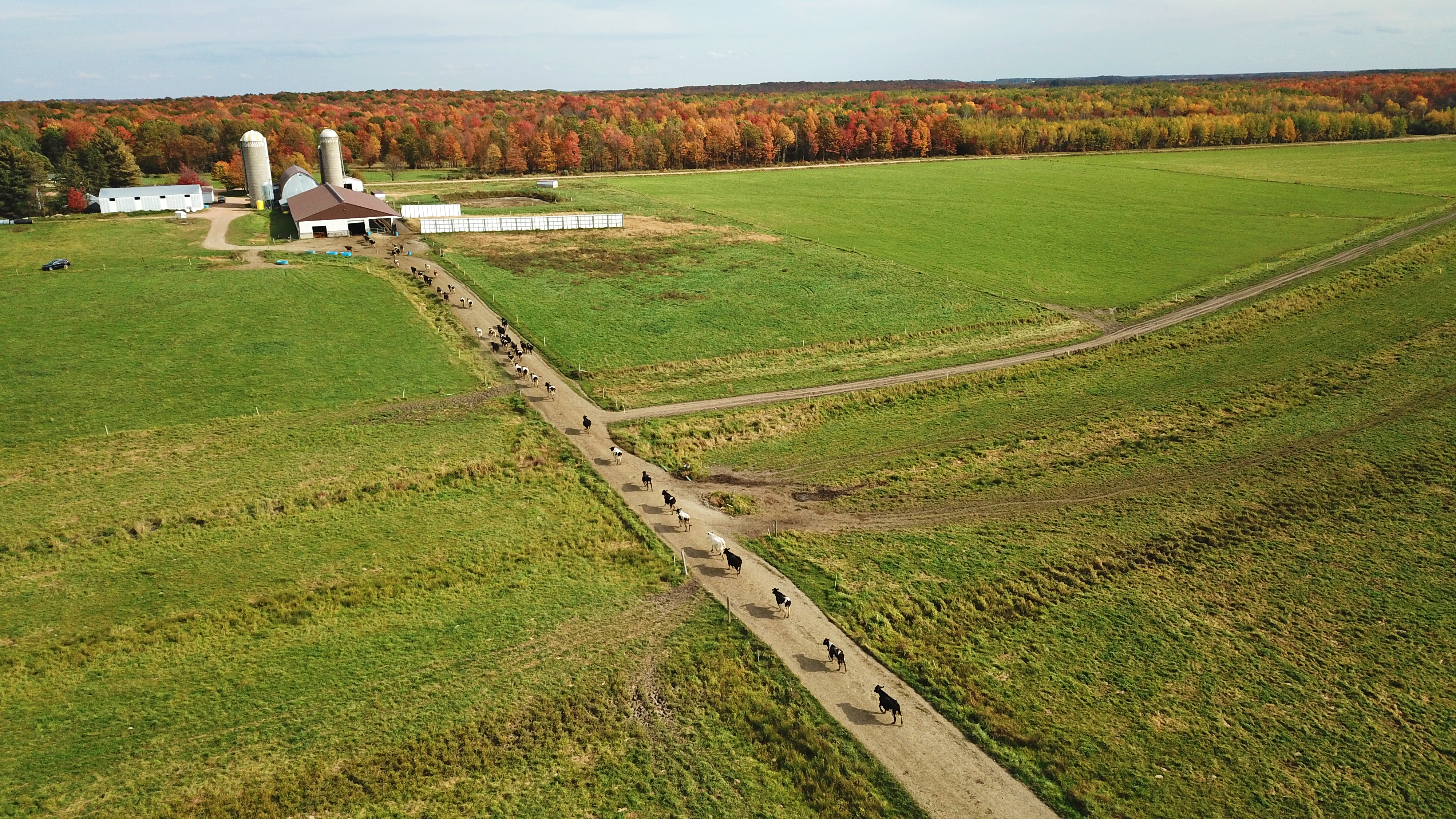 The Nature Conservancy in Wisconsin
Wisconsin Soybean Marketing Board
expand_less