Aldo Leopold observed, “The landscape of any farm is the owner’s portrait of himself.”

James R. “Buddy” Smith has been painting his portrait on Kentucky’s Inner Bluegrass Region for more than 50 years. He and wife, Sandra, purchased a home and 189 acres in 1969. Acquiring three more tracts expanded their canvas to 385 acres near the border of Anderson and Franklin counties.

For 30 years Buddy would rise early to feed his beef cattle before leaving for his job as a transportation engineer in Frankfort. The Smiths and their three daughters (Vicki, Annette and Julie) grew a tobacco crop on the weekends. Today, working with his grandson Austin Goodpastor has re-energized Buddy’s love of farming.

Much of his land is now pasture for their 100-head purebred Angus cow-calf herd. Bull and heifer calves are sold to other farmers. Processed beef is sold directly to local families and at a farmers’ market. They sell hay from 30 acres of alfalfa to area horse farms, and grow about 5,000 pumpkins to be sold at a road-side stand. Diversification has been important, but Buddy says the farm’s survival depends on passing his land ethic to the next generation.

Over the years Buddy has implemented conservation practices to reduce soil erosion and improve water quality. He developed a rotational grazing program with a watering system of pipeline to tanks instead of relying on ponds and streams. Cattle are moved to fresh pasture between 15 paddocks every three to four days. This system reduces overgrazing, builds soil organic matter, encourages greater plant biodiversity, and infiltrates more water making pastures more drought-resistant.

Whenever possible, Buddy schedules hay harvesting and pasture mowing to accommodate wildlife nesting periods. Such efforts earned him the Kentucky Association of Conservation Districts’ Outstanding Cooperator of the Year in 2017.

Grass filter strips are used as buffers around pastures and hay fields. Buddy uses the no-till method of planting corn to reduce soil loss and compaction. By grazing standing field corn in the fall, cattle naturally re-distributed on the field. Leaving corn residue on the fields reduces erosion during the winter.

With year-round grazing as a goal, hay is usually needed for feeding fewer than 60 days each winter. With assistance from the USDA’s Natural Resources Conservation Service, Buddy built a concrete pad where cattle are fed during the winter to protect soil and water from erosion. Stored manure from the winter feeding pad is applied each spring to reduce the amount of commercial fertilizer needed for crops.

Buddy credits attending the Cooperative Extension Service’s Master Series courses on fencing and grazing for giving him the tools to leave his land better than he found it. The former student now makes his mark as the teacher by mentoring young farmers, hosting field days for landowners and lawmakers, and serving on boards for a variety of agricultural organizations. 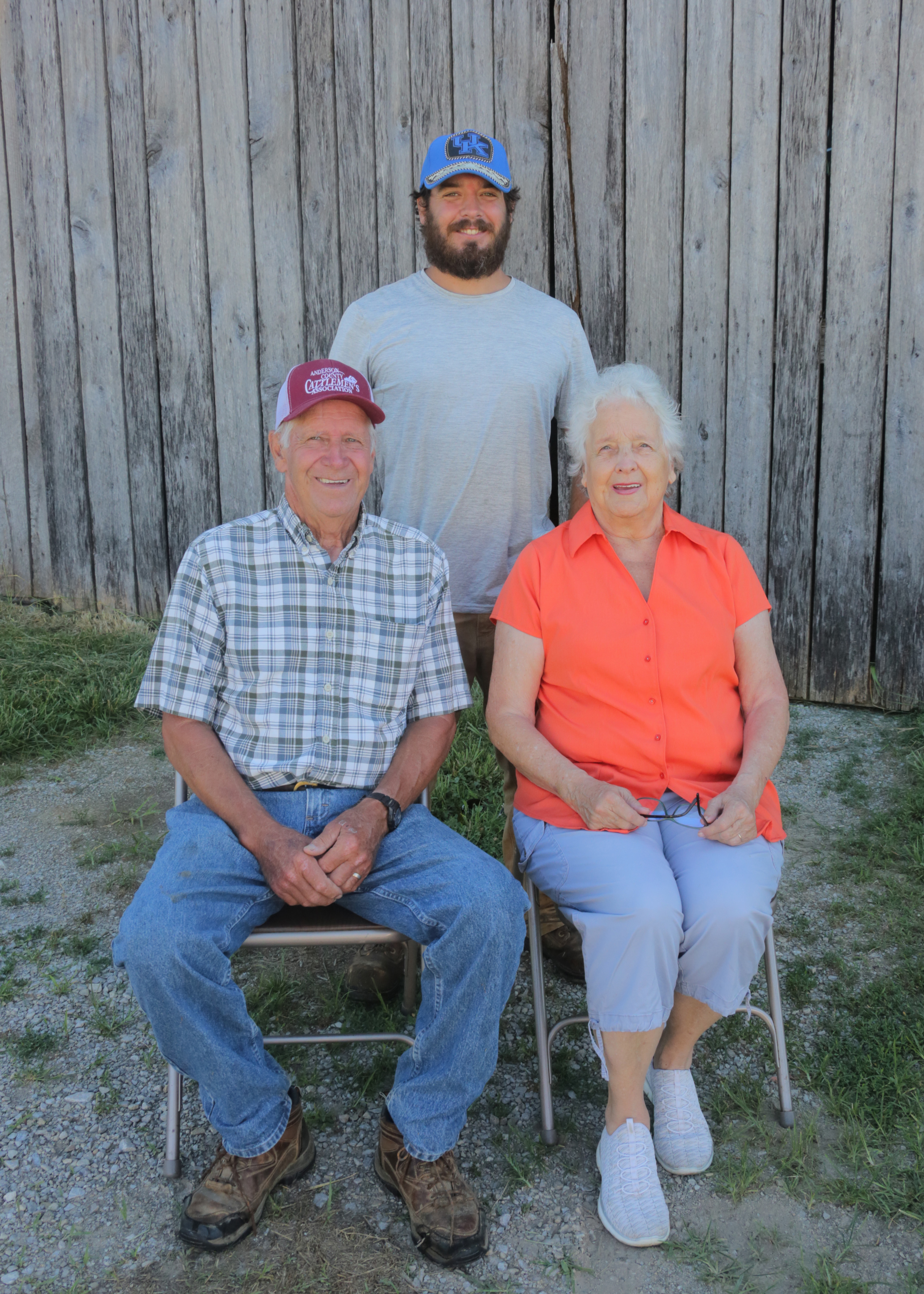