Always leave more than you take.

Those six words were the late Lyle Sittler’s motto and exemplified everything he did in work, relationships and life. Sand County Foundation was honored to award Lyle and his family with the 2009 Nebraska Leopold Conservation Award for outstanding achievement in conservation on the family farm.

To continue his legacy of leaving more than you take, his family has established the Lyle Sittler Memorial Fund with the Sand County Foundation. The fund will be used to support the Nebraska Leopold Conservation Award, recognize farmers and ranchers who share Lyle’s appreciation of Aldo Leopold’s land ethic, and provide them with opportunities to expand conservation practices on their land. 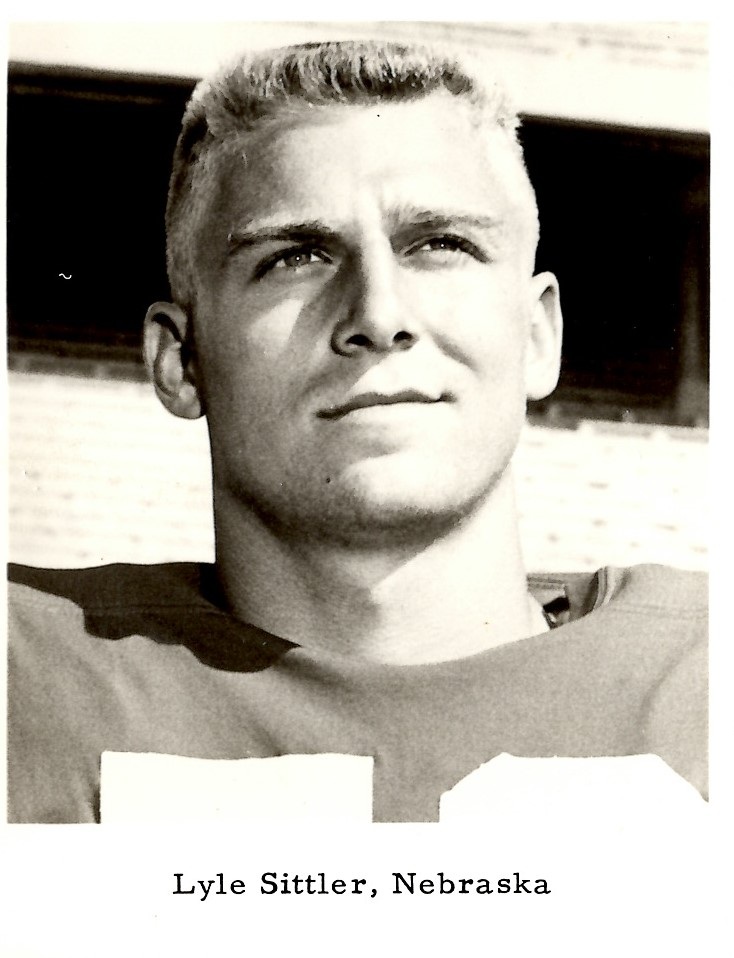 Lyle's motto and work ethic stemmed from growing up on the farm his family homesteaded in 1873.

Lyle’s parents valued their land, being careful not to overgraze and conserve soil and water resources. Lyle, being a life-long learner, continued to employ cutting edge conservation practices on the farm. His eyes were always keyed to opportunities that would result in improved soil, water, grass and habitat for wildlife.

Lyle’s work and personal ethic translated to every aspect of his life away from the farm as well. He tackled life with determination and enthusiasm (and his trademark ornery sense of humor). Those characteristics helped him as the Nebraska Cornhusker football team captain in 1964. A role he achieved through sheer determination to excel athletically and treating his fellow teammates with the respect and love. 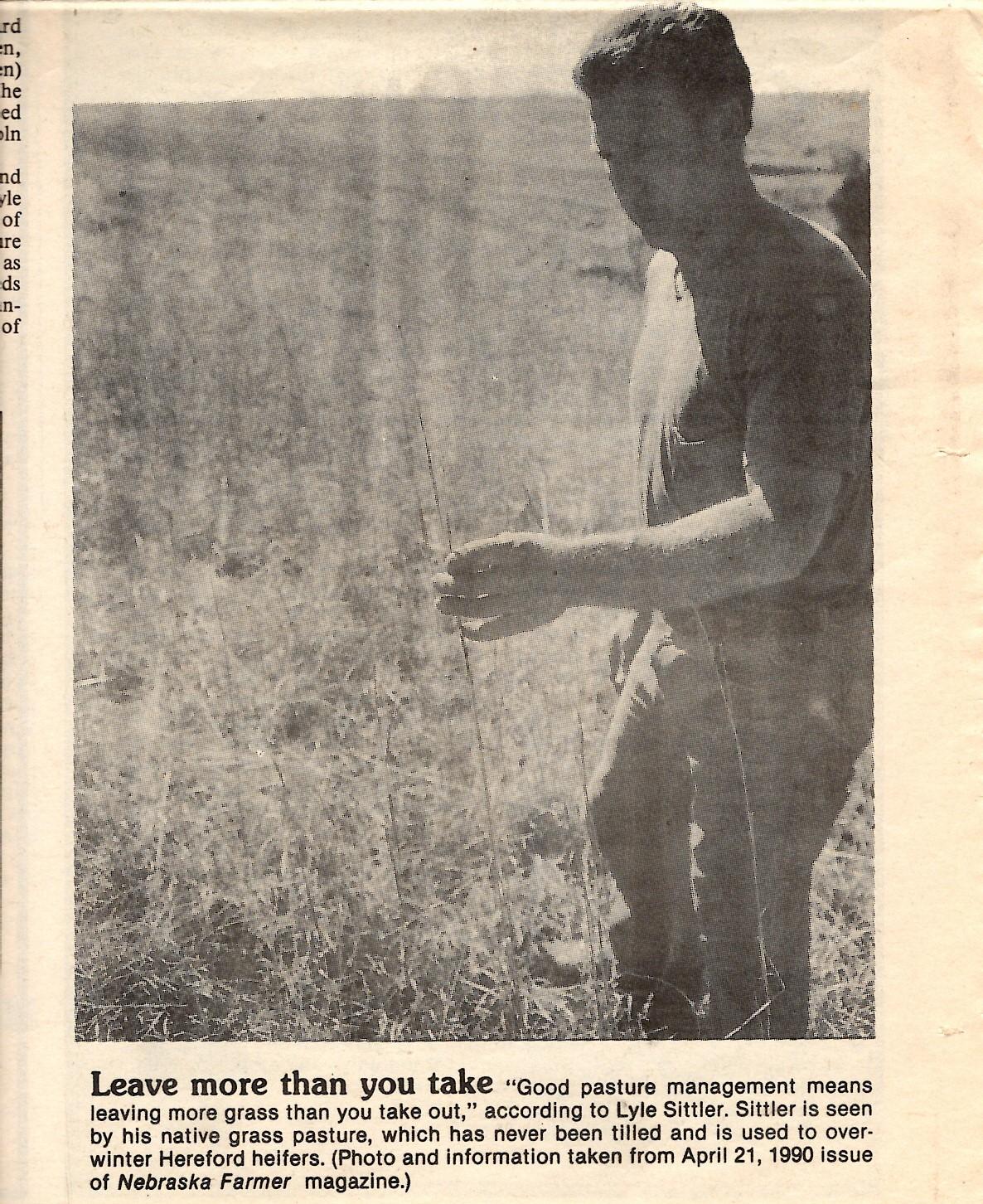 After graduation, Lyle and wife Alice, moved to Lawrence, Kansas, where he began a teaching and coaching career. He told his students that the results of their efforts could be measured by how hard they worked. Lyle continued coaching football and teaching seventh grade social studies when they returned to Nebraska to manage the farm's operations. Lyle wanted students to understand the complexities of the world beyond them, and understand our role as members in our shared organism, the land, as Leopold said.

Lyle returned to the farm, full-time to manage its dairy and beef herds in 1978. He found opportunities to educate others on the importance of conservation in farming practices. He and Alice served as advisors to the Nebraska Junior Polled Hereford Association and to their local church’s youth group. Lyle served on the school board, extension board, and the stewardship board of the Spring Creek Prairie Audubon Center. The Sittlers hosted tours for local and international students and representatives, school students, and other farmers and ranchers.

In 2009, Lyle and Alice received the Nebraska Leopold Conservation Award in partnership with their oldest daughter Kristen and her husband Todd, as Bluestem Valley Farms. Kristen and Todd continue to operate the farm with the Lyle's guiding ethic and motto. His legacy can be seen in the agricultural and conservation practices on the farm fields and grassland prairie at Bluestem Valley Farms.

Lyle believed the stories of fellow farmers and ranchers need to be shared in hopes of teaching others that, in Aldo Leopold's words, "when we see the land as a community to which we belong, we may begin to use it with love and respect."