While some farmers focus on getting bigger, the Oetting family has focused on continually getting better. Steve and Sharon Oetting have a commitment to demonstrating the compatibility of conservation and commerce.

With their sons Sean and Clint and their families, the Oettings grow corn, soybeans, wheat, and custom finish about 3,000 hogs annually. Their efforts to reduce soil erosion, enhance wildlife habitat and protect water and air quality led to Oetting Homestead Farms being certified as one of the first farms in the Missouri Department of Agriculture’s Agricultural Stewardship Assurance Program.

Current conservation practices continue a long and proud family legacy. The farm’s name is a nod to Steve’s great-great-grandfather homesteading its original 40 acres in 1839. 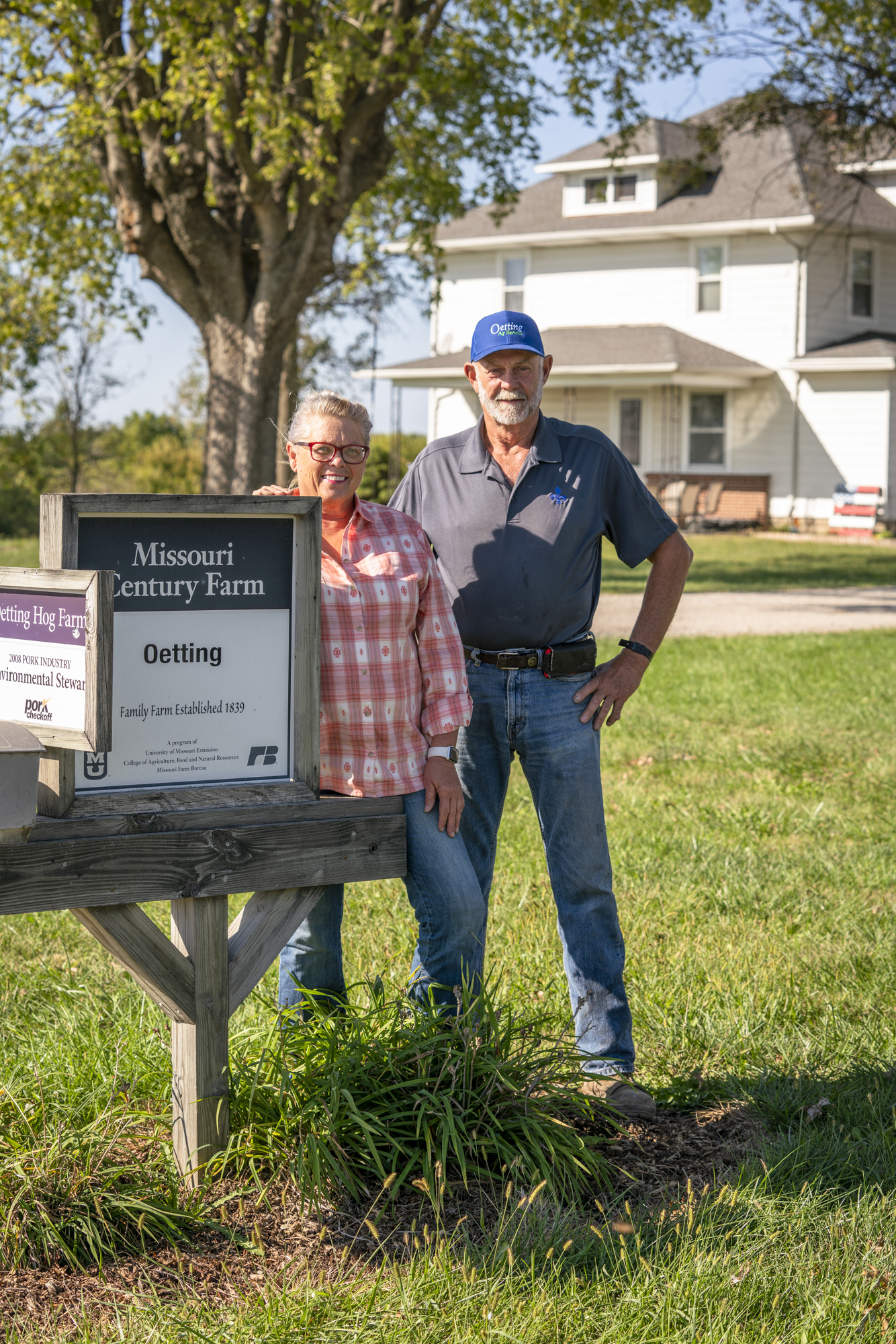 In the 1970s, the Oettings transitioned from dairy to pork production. To store swine manure, they constructed a three-lagoon system with an adjoining 2.8 acre lake which eliminated the need to purchase 1.3 million gallons of fresh water annually. The lake is used for watering livestock and other farm uses including washing barns. Effluent treated in the lagoons is recycled to provide nutrients for crops at a much lower cost than commercial fertilizer.

A healthy population of stocked bluegill, catfish and bass is a testament to the Oettings’ success in appropriately applying effluent on the fields in an environmentally sound way.

An additional lake has been constructed to contain runoff from cropland. To prevent erosion elsewhere on the farm, the Oettings have implemented conservation practices which included planting nearly 10,000 trees and installing more than 35 acres of native grass buffers, waterways and filter strips. The farm’s lakes and grass buffers provide habitat for several species of birds and wildlife. Food plots are planted each year at various spots on the farm, and a plot for insect pollinators has been established.

Steve, an avid outdoorsman and quail hunter, says a thriving wildlife population is an important indicator of a farm’s overall health. Another is the condition of the soil.

To prevent erosion, rotational cropping of no-till corn and soybeans is used on all available cropland. Underground tile outlets and terraces are installed and maintained. In consultation with a certified crop advisor, the family utilizes soil sampling and variable rate fertilizing and seeding practices. The use of precision agriculture enables the Oettings to apply crop nutrients such as nitrogen, phosphorus and potassium, in precise amounts to limit risk of runoff and increase yield potential while cutting input costs.

In 1999, Oetting Homestead Farms began an odor mitigation experiment with the USDA Natural Resources Conservation Service. A stand of odor-inhibiting dogwood trees was planted near hog barns, in addition to a wind break of about 300 oak, ash and cedar trees.

The Oettings have hosted tours for groups ranging from preschools to international students and ag media, but their conservation outreach and successes don’t stop at the end of their driveway.

Sharon served on the National Pork Board, where she played an important role in helping the pork industry focus on environmental and consumer information programs. Steve has served as president of the Missouri Association of Soil and Water Districts, as a board member of the National Association of Conservation Districts and on the Missouri Department of Conservation’s Quail and Grassland Bird Council.

Together the Oetting family maintains their focus on agricultural production and stewardship to demonstrate that farms can be profitable while improving natural resources and wildlife habitat. 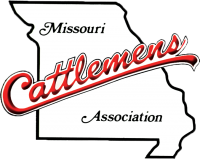 The Nature Conservancy in Missouri