The Pankey family’s resilience was put to a test when a wildfire burned nearly half of their ranch in 2018. Among the devastating impacts of the fire was livestock and wildlife could no longer drink from ponds because they were covered in ashes.

Keith and Shelley Pankey raise beef cattle with their sons, Kevin and Justin and their families, in Moffat and Routt counties. They have a history of doing right by their land. Following the fire, they cleaned the ponds and aerially reseeded native grasses on 900 acres in the fire’s path. It’s not the first time investing in conservation practices has paid off for this family and the landscape they share with livestock and wildlife.

Keith’s great grandfather homesteaded an area of high desert known as Great Divide. The Pankeys are still able to graze cattle in the drought-prone region from spring through fall thanks to improved water distribution and rotational grazing systems.

They replaced windmill-powered wells with solar pumps. New water storage tanks and nearly three miles of natural flow pipelines were also added. By expanding the number of watering stations (from six to 12) the Pankeys increased their ability to properly graze cattle while creating wildlife habitat across the ranch.

When cattle widely disburse themselves, the Pankeys find that grass recovers at a faster rate, and taller grass is left behind when the cattle are rotated to another pasture. The ranch’s wildlife populations have greatly increased thanks to rotational grazing and the improved water system. By working with neighbors to control noxious weeds, desirable grasses have become dominant across the ranch.

Pankey Ranch borders Colorado’s largest Greater sage-grouse lek, a breeding ground for this declining species. The Pankeys hosted Colorado State University students to study grasses, insects, and Greater sage-grouse habitat in the Great Divide range. Their study was helpful in determining which conservation practices to adopt. The Pankeys fenced off a large area around a natural spring to provide cover. They also equipped water storage tanks with overflows that provide water and prolonged green vegetation to encourage production of insects that grouse chicks consume.

The Pankeys are involved with a large-scale conservation effort led by Trout Unlimited to stabilize Elk Head Creek’s riparian corridor. They have installed rock toe and erosion control mats, and reseeded stream banks to prevent erosion. Hundreds of willow trees have been planted in corridors to preserve wetlands and fish habitat. Less erosion in the creek means cleaner water downstream in the Elk Head Reservoir and Yampa River. This family’s leadership in raising awareness of the creek’s impaired health, and commitment to on-the-ground conservation practices, is inspiring other landowners to follow suit.

The Pankeys also provide public hunting opportunities on their land. In 2011, they obtained a conservation easement on their Routt County property through the Colorado Cattlemen’s Agricultural Land Trust to ensure future agricultural uses on the land. As a longtime volunteer with the Moffat County Fair, Keith shares his land ethic and conservation practices with youth, neighbors and the general public. 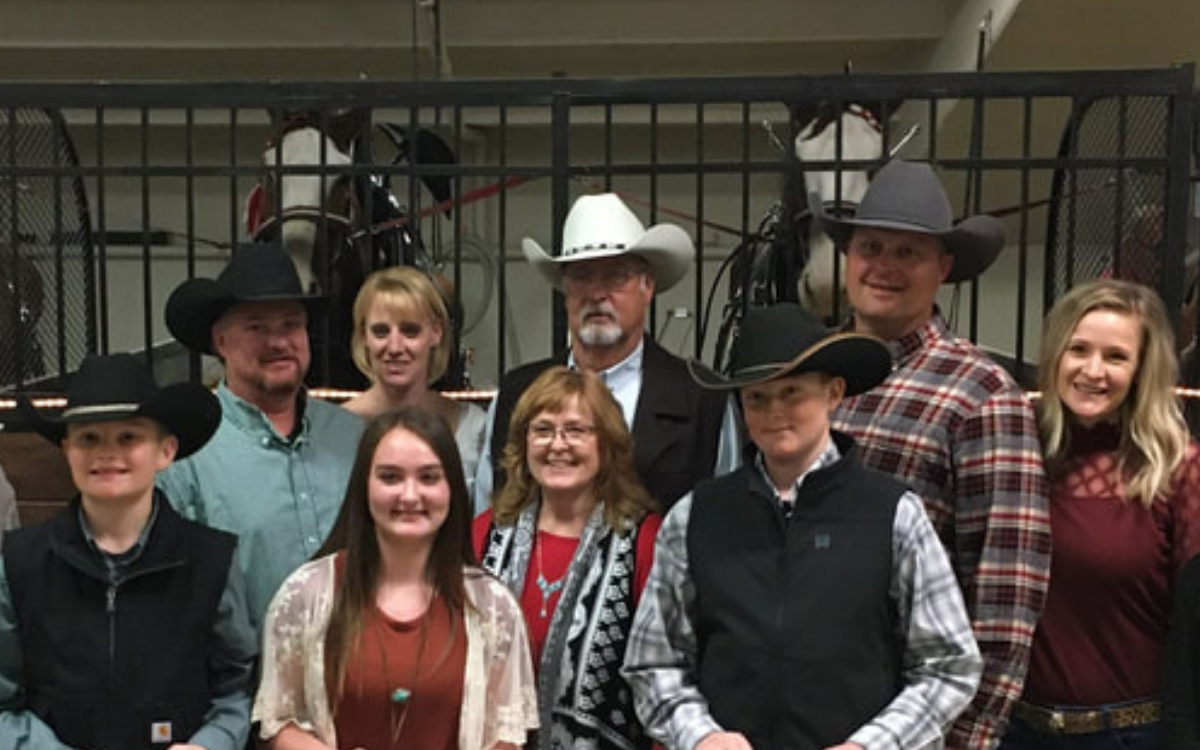