Ryan and Teresa Fieldgrove raise beef cattle on more than 10,000 acres of owned and leased land. The Fieldgroves have ranched for more than 130 years, and his children are the fifth generation to be involved.

“To me, the most important part of conservation is the mechanism it provides to teach my three children a mindset,” Ryan said. “Conservation is about solving problems, utilizing existing resources, sacrifice, and hard work. These are all things that are important for my children to see in action. 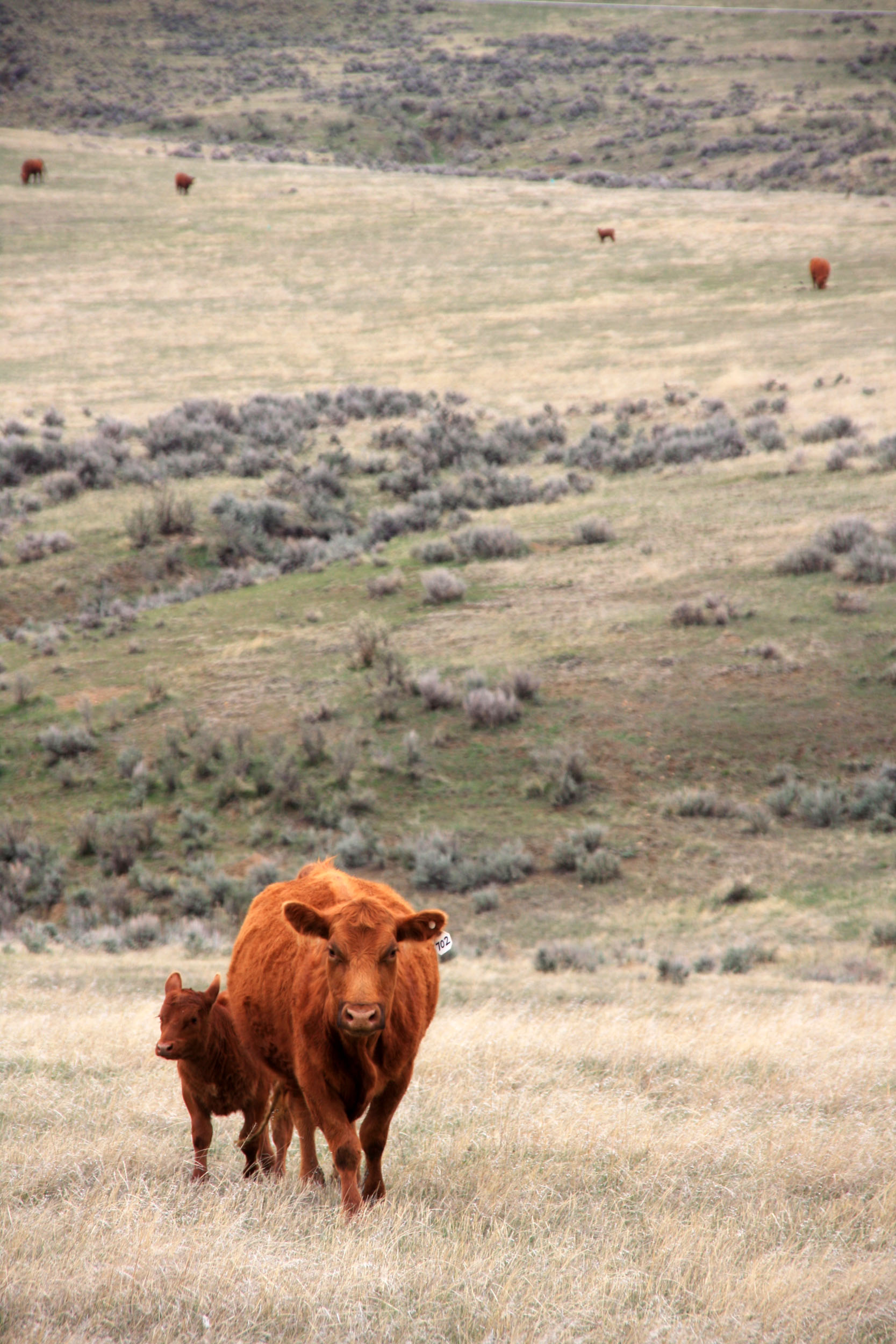 The Fieldgroves’ brought goats to their ranch to battle the family’s long-time nemesis, the Leafy Spurge. The goats are part of an Integrated Pest Management (IPM) system that includes Flea Beetles, which also feed on the Leafy Spurge. The system has been so successful that the weed has virtually been eliminated from the ranch.

Another stewardship strategy the Fieldgroves utilized was reducing their cattle numbers to combat the effects of drought. Doing so also improved range conditions and benefited wildlife.

“Ryan is a progressive, innovative, and committed operator,” wrote John Pearson, Lake DeSmet Conservation District, in his letter of recommendation. “He wishes to educate his children in good conservation practices, so they have the same opportunity he experienced with being ‘raised on the ranch.’