Sid Goodloe has blazed his own trail at Carrizo Valley Ranch for more than six decades, and was practicing “regenerative ranching” before the phrase was coined.

As with most innovators, his ideas were not always initially welcomed with open arms by the scientific, academic, and ranching communities. Yet many of Sid’s skeptics would later adopt his conservation practices.

While working in Africa in the 1960s, Sid witnessed a different way to graze cattle on rangelands with Zimbabwean scientist and farmer Allan Savory. They noticed that pastures eventually flourished when they were given an extended period of rest after cattle quickly grazed them. They co-wrote a description of what would be called the short duration grazing method, and the Society for Rangeland Management published it in 1969.

Sid returned home and implemented short duration grazing in 1971, where it continues today with few changes. Sid hosted Savory and arranged a speaking tour at several Western universities in 1974. The results were varied, with some academics either threatened by or discounting Savory’s knowledge. Undaunted, Savory would later revolutionize established grazing methods worldwide.

Sid would make his own mark as a visionary in removing Pinon/Juniper trees, and riparian area restoration. His management practices have yielded a showcase of wildlife habitat and plant diversity at elevations between 6,000 to 7,500 feet.

Beef cattle graze the ranch’s riparian areas for one to two weeks during dormancy. This helps prepare a seed-bed for beneficial grasses and wildflowers, while providing year-round forage for elk, deer and antelope. Recently Sid reduced his stocking rate by half to enhance wildlife habitat at the cow-calf ranch which does double duty as a fee hunting property.

Sid’s ingenuity turned oak brush from a nuisance into an asset. By cutting oak brush from three feet down to six inches, it later stimulates rapid growth of a nutritional green forage when native grasses are dormant.

More than 65 years of recordkeeping at the ranch shows that rain and snow deposit an annual average of just 19.5 inches of moisture. In response, forests have been thinned, drought provisions established, and installation of solar wells and dirt tanks have increased water availability.

Erosion turned abandoned homestead roads that crisscross Carrizo Valley Ranch into gullies. Sid’s steps to prevent erosion once drew opposition from downstream landowners who depended upon the silt-laden runoff water to irrigate their hayfields. After two years of litigation, they realized that Sid’s work was recharging the aquifers that furnished their well water.

Forest Service personnel and college students regularly tour the ranch to see its exemplary forest management and range practices at work. Sid’s efforts have been featured in three documentaries, and he’s a frequent guest speaker on conservation and land management issues. He works to preserve the Western way of life as the longtime president of the Lincoln County Cowboy Symposium, a three-day chuck wagon cook-off and Western music event.

After 66 years of ecosystem improvement, the future of Carrizo Valley Ranch is very important to Sid. A conservation easement on the ranch guarantees it will provide open space and be financially unencumbered in perpetuity. Sid and Cheryl Goodloe plan to pass the ranch on as a protected property that will provide a livestock, wildlife and recreation opportunities for their grandchildren. 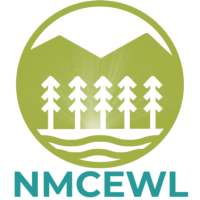 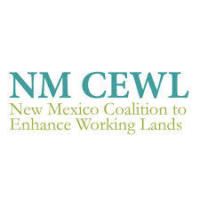