When it comes to on-farm research, Table Rock Farm is at the head of the class.

Its owners and employees have long understood the importance of opening the dairy farm’s barns and fields to researchers. Whether it’s improving conservation, cows or crops, the results have a positive ripple effect throughout agriculture.

At Table Rock Farm, 1,800 acres of corn and alfalfa are grown to feed a herd of 1,150 dairy cows. Crop rotations, conservation tillage and cover crops are utilized to promote soil health and prevent erosion.

Cover crop techniques are the focus of a three-year study that soil health specialists from American Farmland Trust are conducting at Table Rock Farm. To protect fields from erosion during the winter, a cover crop is planted as corn silage is harvested.

Located just two hours from Cornell, Table Rock Farm has hosted various studies with the university. Topics ranged from how often to test dry matter in cattle feed, seasonal swings in a cow’s colostrum production and quality, and which grasses and seeding rates are best for planting into alfalfa fields.

The farm is best known for the innovative cover and flare system on its manure storage. To protect resources, reduce waste, and improve air quality, Table Rock Farm worked with a team of professionals, including New York’s Agricultural Environmental Management (AEM) program, to develop an intricate system that separates solids from liquids in cow manure, and prevents methane from being released into the atmosphere.

Separated manure solids are treated to reduce bacteria before being recycled into bedding. The clean and comfy product has resulted in better cow health and comfort. The manure system’s cover keeps out rain, reduces odor, and allows spreading during optimum weather conditions. The entire project is the subject of a video used statewide to inform farmers, legislators and others about its benefits.

Farm owner Meghan Hauser and her late father, Willard De Golyer, began working with the Wyoming County Soil and Water Conservation District in 2003 to complete the first tiers of the AEM program. To improve water quality, a series of grass waterways and underground outlets have been installed to collect leachate from silage bunkers and divert runoff from the roofs of farm buildings.

Meghan is adept at educating others about agriculture, whether the general public or the farm’s 125 neighboring families. She shares updates on the farm’s Facebook page and at events held for the landowners who rent cropland to Table Rock Farm.

Meghan and Willard were encouraged by one of the farm’s employees to sell the plow and adopt no-till practices 19 years ago. Before Willard passed away one year ago, he took pride in the farm’s enthusiastic, thoughtful team of employees. Each brings an ethic of treating the cows and land right. Meghan and her mother Maureen De Golyer refer to their 35 full and part-time employees as “a family farm of 35 families.”

Her own family’s roots on the farm run deep. Her great grandfather was a civil engineer who followed a dream of farming with 10 cows and a flock of sheep. Her grandfather Avery and great uncle Cal began dairying after World War II. After a barn fire in the 1960s, they built a freestall barn. Cal remained active on the farm until his death in 2018 at the age of 95. Willard grew the herd’s size in the 1980s and built a modern milking parlor in the 1990s. Today, Meghan is farming with her own children and passing on a land ethic from those who farmed before her. 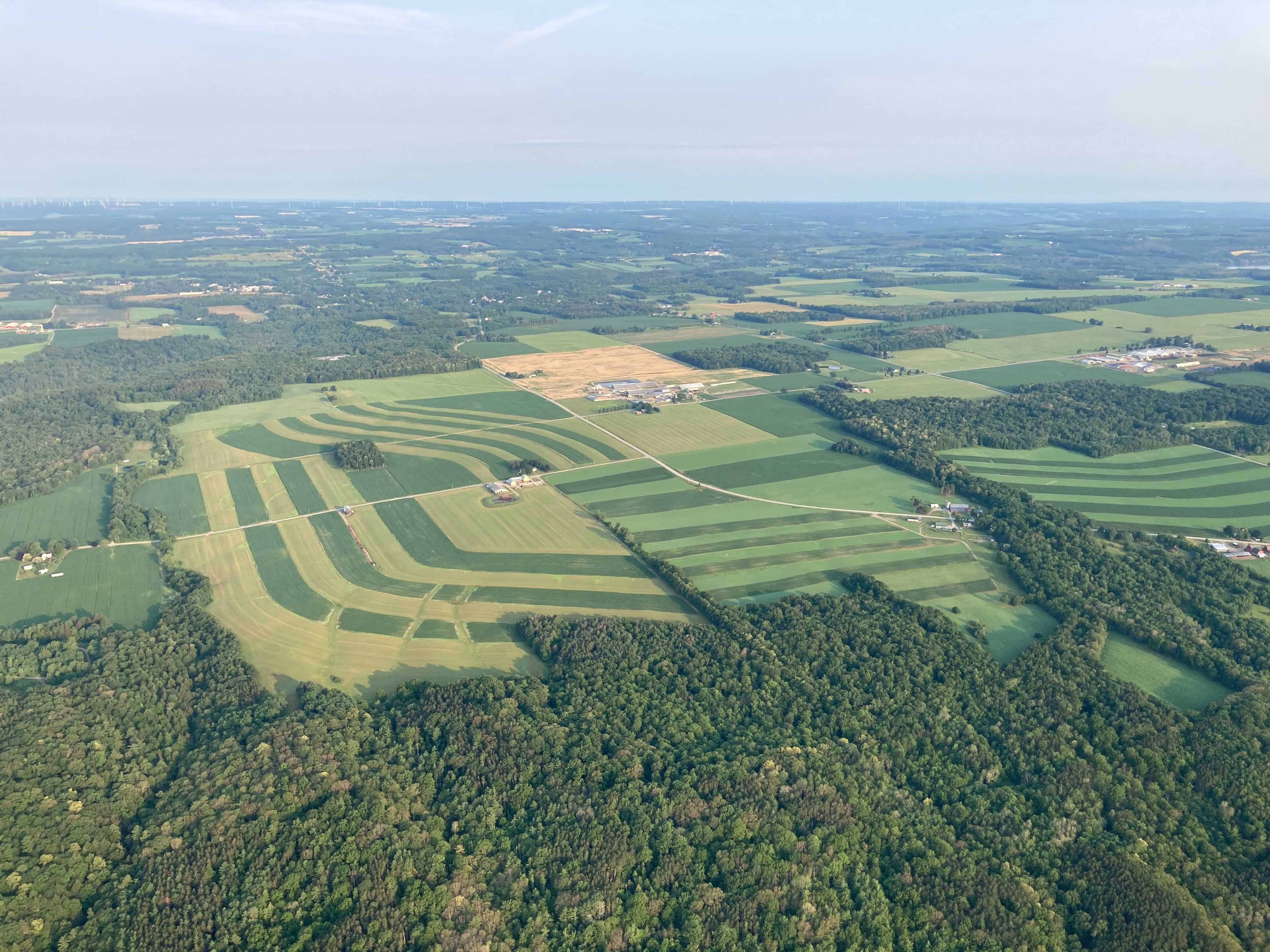