Ted Alexander took over the Skinner Family Ranch in 1984. The young rancher was challenged with making a business out of overgrazed land covered with invasive Eastern Red Cedar trees.

His goal of maximizing production and maintaining economic viability while existing harmoniously with nature would guide him in making the ranch environmentally and economically sustainable. 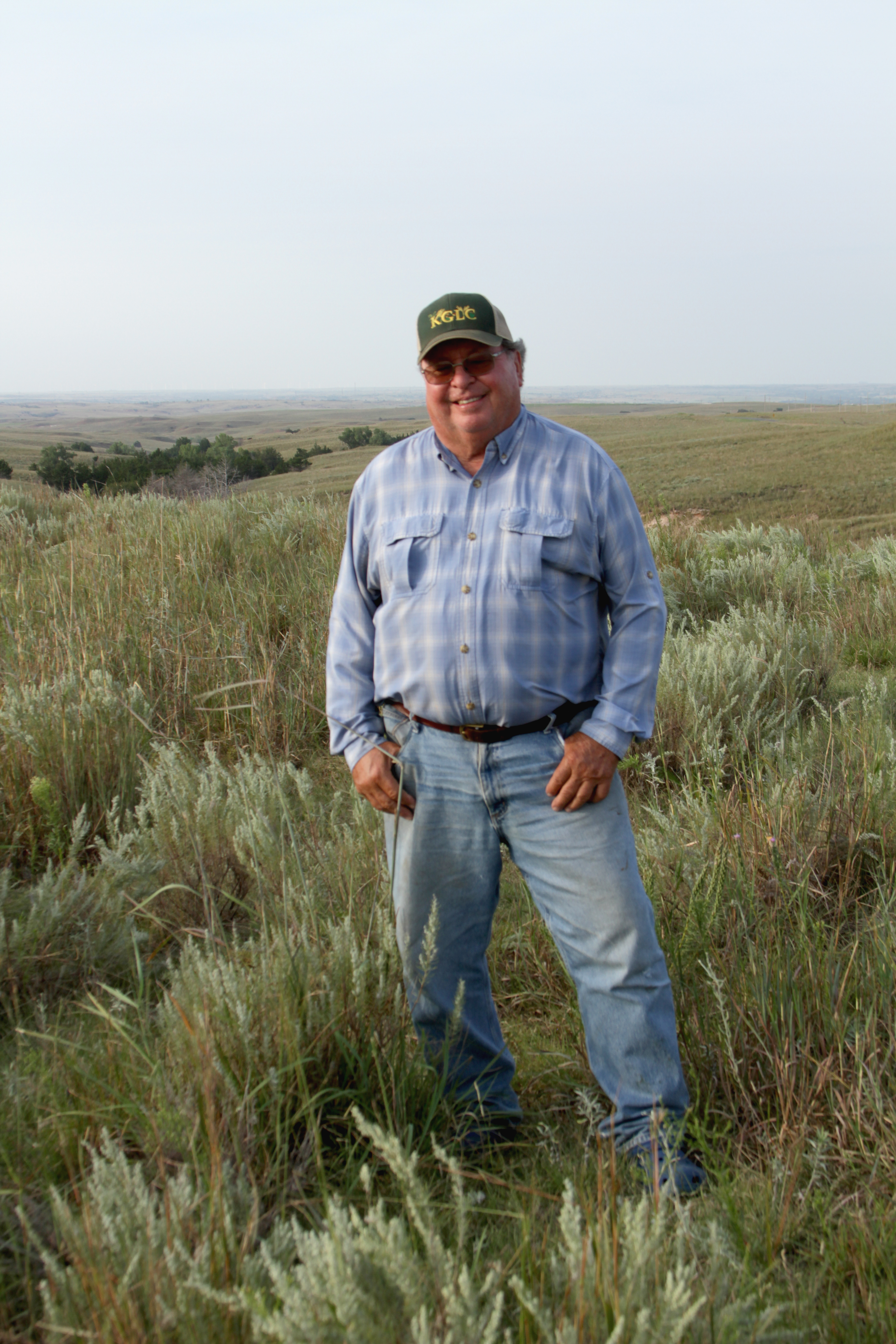 Beef cattle were raised with a rotational grazing system and new piping delivered their drinking water. Thousands of acres of cedars were cut or burned. Such ideas were not widely embraced at the time. Yet his vision for the landscape not only took root, it flourished.

Rotational grazing allowed him to increase the size of his herd, while bolstering the sandy soil’s ability to handle what Mother Nature threw at it. Fewer cedar trees meant less competition for water and sunlight, which stimulated the growth of desirable forages and improved water quality in creeks. With an improved water cycle, springs and intermittent streams that had been dry for decades began to flow again.

After attending a ranch management course, Ted developed and implemented one of the first written drought plans for a Kansas ranch. Today, his management style continues to evolve with his son, Brian. They’ve embraced conservation practices that help the ranch’s profitability, soil health, water quality and wildlife habitat.

Nearly half of all known reptile and amphibian species in Kansas are found on the ranch, including the threatened red spotted toad. Rare species from pallid bats and Arkansas darters to Lesser Prairie-Chickens have all made a comeback on the ranch. Ecological diversity is thriving as well. Researchers have documented more than 160 plants on Alexander Ranch (compared to an average of 100 or fewer on other area ranches). Alexander Ranch has displayed resiliency since being scorched by a 2016 wildlife that burned 450,000 acres in Barber County.

Ted mentors university students and young ranchers, and was a founding member of the Kansas Grazing Lands Coalition and Kansas Prescribed Fire Council. He was instrumental in forming the rancher-led, Comanche Pool Prairie Resource Foundation, dedicated to the improvement of native prairies while maintaining the economic viability of ranches in the Red Hills. He received the National Private Lands Stewardship Award from the Association of Fish and Wildlife Agencies in 2011.

“Ted practices simple, innovative, and ethical methods of range management, and he considers it a personal responsibility to bring awareness of this philosophy to a broader audience,” said Christopher Sheil, a biology professor who brings his students to Alexander Ranch.

It is for his outreach efforts while successfully balancing the needs of the soil, water, livestock and wildlife in his care that he receives the Leopold Conservation Award.