Achieving soil health through the use of no-till farming and cover crops is nothing new to Edward (Myrel) Trunnell, who began farming more than six decades ago. Conservation is synonymous with his idea of farming.

On the no-till scene, Trunnell was an early adopter. He rented a planter from Production Credit Association in 1970 to save soil. He bought his own the next year and never looked back. Today 98 percent of the 1,400 acres he owns, and 500 acres he custom farms is no-tilled.

The former tobacco grower even worked with the University of Kentucky to design a no-till tobacco planter. Today he grows corn, wheat, hay, soybeans, pumpkins, fruits and vegetables at Trunnell Family Farm.

A rotation of crops breaks disease and pest cycles, and a soybean-to-corn rotation reduces his costs and need for nitrogen application.

The cost of farming has also been reduced by the use of soil testing and precision farming technology. Trunnell believes that crops can be produced more efficiently, natural resources can be preserved, and the environment can be protected using agriculture’s technological advances.

After his son Kevin joined the farm business in 1990 the family diversified the farm by growing fruits and vegetables. They established Trunnell Farm Market and Fun-Acres, an agritourism business that provides entertainment and educational opportunities to the public.

In addition to grass waterways and border strips, the Trunnells have constructed hundreds of control basins and diversion structures. These actions have provided benefits to soil and water quality. Substantial wooded areas on the farm provide wildlife habitat.

Myrel and Shirley Trunnell live on the same farm that he was born on. His grandfather bought the farm in 1889. Shortly after graduating from high school, Myrel began farming full-time and later bought the farm from his father, Gilbert, in 1978.

A Soil Health Ambassador in Kentucky, Trunnell serves on the Daviess County Conservation District board. He received its Master Conservationist Award and the Kentucky No-till Hero Award in 2007. 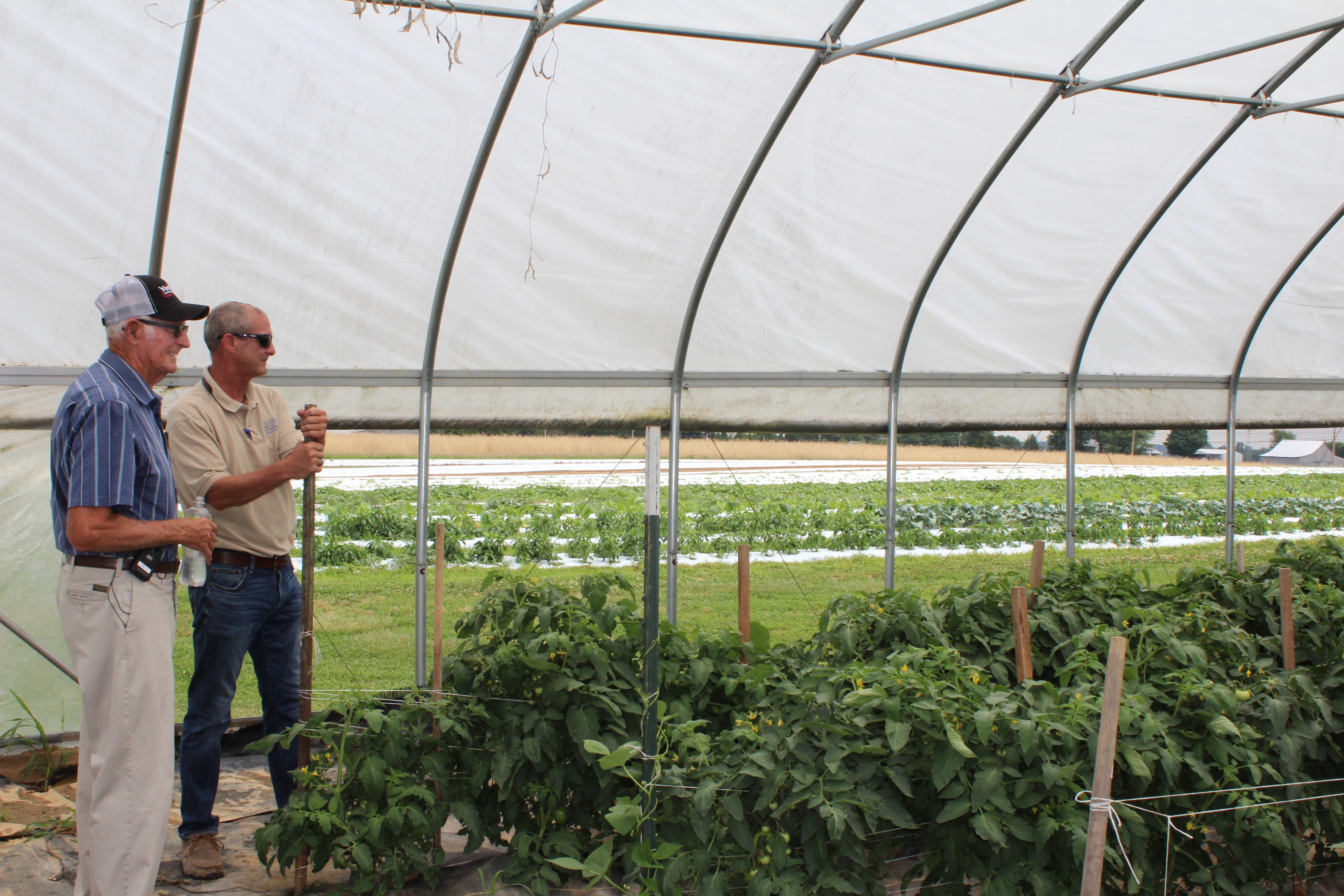