LOVELAND, Colo. - Beatty Canyon Ranch has been selected as the recipient of the 2018 Colorado Leopold Conservation Award®.

Beatty Canyon Ranch was presented with a $10,000 award, and a crystal depicting Aldo Leopold, at the Colorado Cattlemen’s Association annual convention in Loveland on Monday, June 18.

Beatty Canyon Ranch shines at doing right by the land, water, livestock and wildlife amid the grandeur of southeastern Colorado’s canyon landscape.

The Wooten Family, now in its 5thand 6thgenerations, frequently opens their home and ranch to tours to advance awareness about modern ranching and farming practices, and share their focus on being outstanding land stewards. Each member of the family is an industry spokesperson on topics such as grazing practices, treatment for invasive species, beef production issues, wildlife and natural resource management, and family finance and succession plans.

Steve and Joy completed a conservation easement that helped the Beatty Canyon Ranch plan for the future and ensure that the next generation had a place to return to.

The family has taken steps to combat an explosion and spread of Pinyon and Juniper trees on soils better suited for a native grassland ecosystem. For decades, the Wootens added windmills and stock ponds, worked with the Natural Resources Conservation Service to install solar and submersible pumps. Miles of pipeline now provide water to tanks distributed throughout the ranch. Each tank is equipped with animal escape devices to prevent wildlife death or injury.

The Wootens later created the Purgatoire Wildlife Ranch, LLC with two other ranch families to improve hunting throughout the region. Fifteen families with high conservation values were invited to join the effort that allows selected Coloradans to hunt on a large contingency of private ranchland.

This arrangement has produced a significant financial impact to the community. It also provides an opportunity to share the importance of agriculture’s role in ecosystem of the short grass prairie. Most hunting guests had no previous knowledge of the diversity of Las Animas County’s unique landscapes, ecosystems, communities, and wildlife.

Neighbor, friend, and fellow rancher, Grady Grissom noted that “Steve and Joy’s land ethic is in their DNA. They are generational ranchers who understand, respect, and honor their heritage while also embracing adaptation and innovation.”

Among the many outstanding Colorado landowners nominated for the award were finalists: Livingston Ranch of Stratton and Stults Ranch of Wray.

“Our congratulations to the Wooten family and Beatty Canyon Ranch,” said Todd Inglee, Colorado Cattlemen’s Association President. “The quality of applicants made the decision to choose just one recipient a real challenge. In the end, this award properly recognizes the stewardship of working ranches and the outright benefit those ranches bring to the environment.”

“The 2018 Leopold Conservation Award nominees featured an impressive array of families and operations. The Colorado Cattlemen’s Agricultural Land Trust is proud of the conservation accomplishments of each of the applicants,” said Erik Glenn, Colorado Cattlemen’s Agricultural Land Trust Executive Director. “These applicants showcase the diversity of agriculture in Colorado and the dedication that farming and ranching families have to the lands they steward, their communities, and their families. We are particularly proud of this year’s winner the Beatty Canyon Ranch and the Steve and Joy Wooten family.”

The Leopold Conservation Award in Colorado is made possible through the generous contributions from Tri-State Generation and Transmission Assoc., American AgCredit, The Bird Conservancy of the Rockies, The Nature Conservancy, and the Natural Resources Conservation Service. 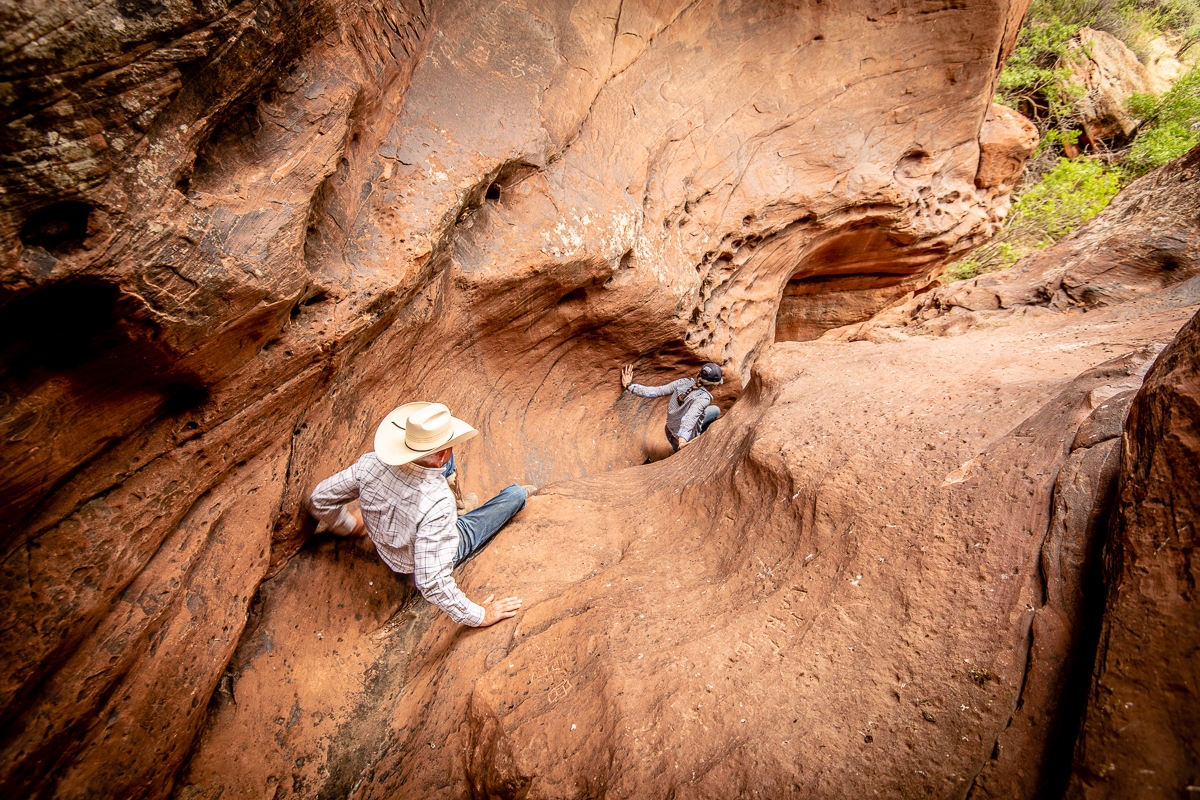