WEST WAREHAM, Mass. – Linda Rinta and the Rinta Family Farm of West Wareham, Massachusetts have been selected as the recipient of the 2020 New England Leopold Conservation Award®.

Given in honor of renowned conservationist Aldo Leopold, the prestigious award recognizes those who inspire others with their dedication to land, water and wildlife resources in their care. Rinta, a cranberry grower, receives $10,000 and a crystal award for being selected.

“We are pleased to present this award to Linda Rinta and the Rinta Family Farm for the implementation of innovative water-use conservation practices in the water intensive production of cranberries, their focus on pollinator habitat and protection of pollinators from pesticides," said John Piotti, president and CEO of American Farmland Trust. “At AFT we believe that conservation in agriculture requires a focus on the land, the practices and the people. The Leopold Conservation Award recognizes the integral role of all three.”

“What distinguishes Ms. Rinta is not only her long history of sustainable land stewardship but also her achievements in educating others and making it easier for other stewards to follow their dreams and connections to the land,” said Bob Perschel, Executive Director of New England Forestry Foundation. “It’s also wonderful to see this award going to a conservationist who farms cranberries, a crop that’s strongly associated with New England, in a way that protects the New England environment.”

“Linda Rinta is a clear champion of conservation,” said Spencer Meyer of the Highstead Foundation and The Wildlands and Woodlands Initiative. “A deep commitment to not only the conservation practices themselves, but also the widespread sharing and teaching of a land ethic was paramount to Leopold’s legacy. With her decades of influence on scores of conservationists and landowners, Ms. Rinta is a fitting recipient of this award and a fine exemplar of the Wildlands and Woodlands movement.”

“We are pleased to present this award to Linda Rinta and the Rinta Family Farm not only for the dedication to sustainability at Rinta Family Farm through the implementation of innovative conservation practices for reducing water use, increasing pollinator habitat, and generating sustainable on farm energy, but also for Linda’s own ceaseless devotion to improving conservation beyond her farm, as a leader and advocate for conservation and for agriculture,” said Nathan L’Etoile, New England Director of American Farmland Trust.

Earlier this year, owners of forestland and farmland in Connecticut, Maine, Massachusetts, New Hampshire, Rhode Island and Vermont were encouraged to apply (or be nominated) for the award. Applications were reviewed by an independent panel of agricultural and forestry conservation leaders.

Sand County Foundation presents the Leopold Conservation Award® annually in 21 states with a variety of conservation, agricultural and forestry organizations.

Like Aldo Leopold, Linda Rinta sees herself as a “sand farmer.”

She’s a berry farmer and beekeeper with a keen interest in the natural world. Her career, on and off the farm, has advanced the cause of conservation and cranberries.

Linda brought a conservation ethic into her marriage to a third-generation cranberry grower, Paul Rinta. As cranberry farms faced new environmental regulations in the 1980s, Linda returned to college to study environmental science and public policy. She wanted to be part of the change that was affecting their livelihood.

Since then, local, state and national protections for wetlands have evolved. So has Linda’s role as a leader and advocate for conservation farming. Through her work off the farm, and an elected post with the Plymouth County Conservation District, Linda has spent 35 years educating others about how farmers can protect the environment while using natural resources to grow a crop.

Cranberry growing is dependent on available clean water and the ability to store and move it efficiently. Water usage on her farm has been reduced through a renovated irrigation system. In addition, Linda’s efforts led to the adoption of two of the most critical cranberry water-use conservation practices. Tailwater recovery ponds and bypass canals are now industry standards for efficient and conservation-focused cranberry farms.

Linda raises honey bees and has planted acres of habitat for native bees and insect pollinators. She has sought innovative ways to locate pollinator habitat around solar arrays and cranberry bogs, while protecting pollinators from pesticides.

She also grows Cape American Beach Grass as a nursery product on the farm’s wetlands and sandy areas. The grass is used for restorations of sand dunes and other fragile coastal ecosystems.

Linda not only farms with a conservation ethic, but shows others how to do it. Part of her farm business includes a conservation planning service. It helps other growers document their management practices and those they plan to do to comply with environmental regulations.

She’s at home in the cranberry bog and in meetings with politicians and environmental leaders. When speaking with fellow farmers about the importance of providing pollinator habitat next to cranberry bogs, she’s well aware of what it takes to make a living off the land.

Two enormous challenges “hit our family farm like a tornado in 2018,” according to Linda.

“My husband, the manager of our farm, the man who could and did fix everything, and supported and promoted all of my conservation efforts over the years, died without teaching us everything he knew,” she said.

Linda says farming has never been for the faint of heart, but her husband’s death coupled with a steep drop in cranberry prices put the farm’s resilience to the test. One of their grown sons stepped up to manage the cranberry bogs.

Linda manages the property, grows and sells beach grass and will continue conservation planning work. Above all else, she embodies the Leopold land ethic with a commitment to farmers and responsible stewardship of the cranberry country she loves. 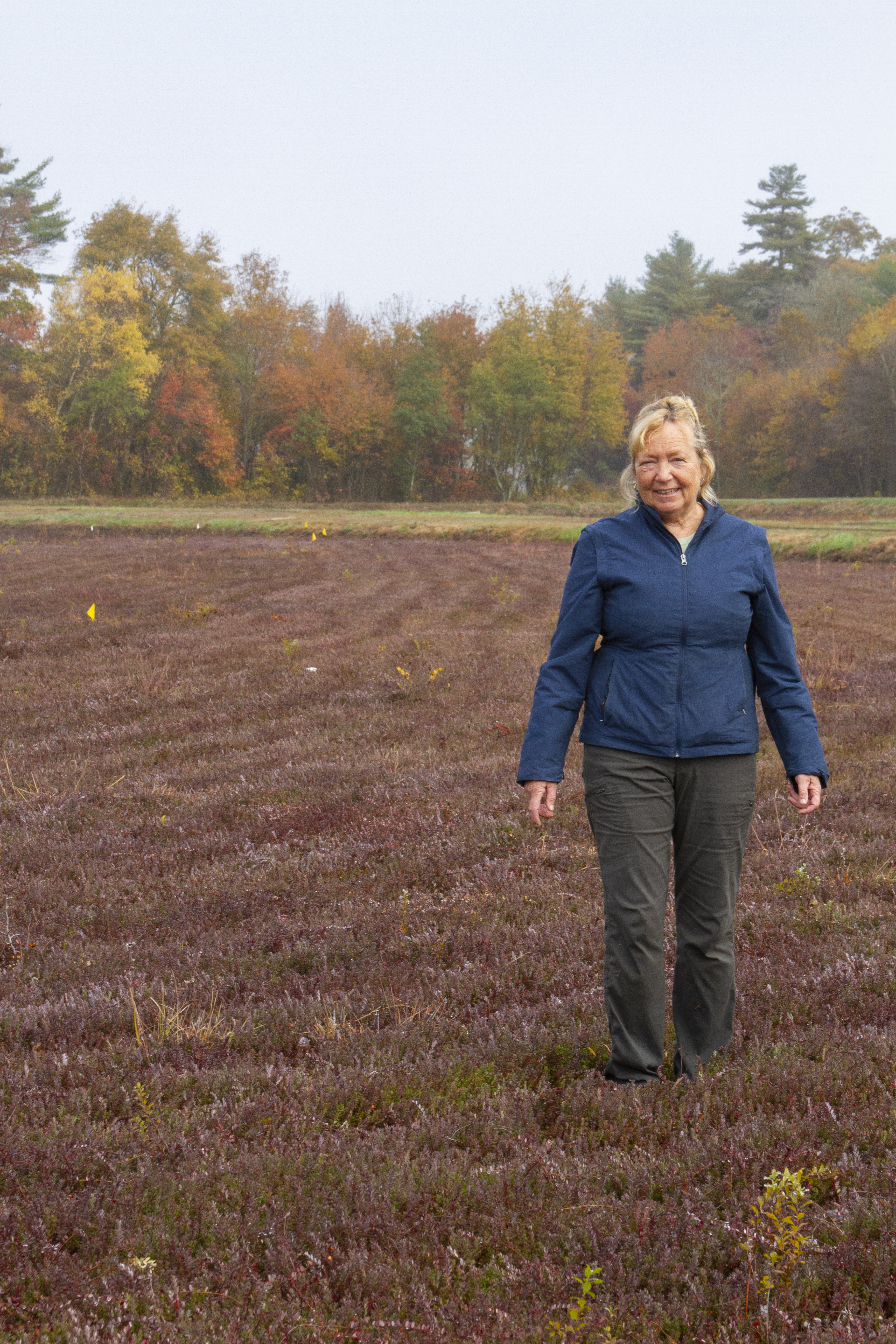 THE WILDLANDS AND WOODLANDS INITIATIVE

The Wildlands and Woodlands Initiative (W&W) is a regional vision that unites and inspires people across New England working to conserve New England’s natural heritage and to craft a sustainable future. W&W is also a rapidly growing regional initiative building a number of collaborative forest, agriculture and community programs that add value to the ongoing work of committed individuals and organizations across the region. The initiative is co-led by the Highstead Foundation and the Harvest Forest. www.wildandsandwoodlands.org/