Congratulations to the Bien Family

The Bien Ranch of Veblen has been selected as the recipient of the 2022 South Dakota Leopold Conservation Award®.

Given in honor of renowned conservationist, Aldo Leopold, the award recognizes farmers, ranchers and forestland owners who inspire others with their dedication to the land, water and wildlife habitat management on private, working land.

Bien Ranch is operated by Neil and Muriel Bien, along with Neil’s brothers Boyd and Lyle and their families. The ranch was homesteaded in 1888 by Ole Bien.

Governor Kristi Noem announced Bien Ranch as the South Dakota Leopold Conservation Award recipient in conjunction with Earth Day. The Biens will be formally presented with the $10,000 award at the South Dakota Cattlemen’s Association’s Annual Convention in December.

“Looking at the Bien family’s operation, it’s clear they see the ecological big picture and understand that if we identify and feed the needs of the environment, the environment will then help us feed the needs of our operations. Many of us have thought that in the back of our mind, but few of us take the steps to implement conservation practices to the extent the Biens have,” said Eric Jennings, South Dakota Cattlemen’s Association President. “The Biens are a great example of what long-term ecological goals and objectives can accomplish. SDCA applauds their accomplishments and congratulates them on being awarded the 2022 Leopold Conservation Award.”

“The Bien’s focus on conservation, while conserving the grasslands and wetlands on their family ranch, is commendable and we congratulate them on receiving the 2022 South Dakota Conservation Award,” said Brett Nix, South Dakota Grassland Coalition Chairman. “We look forward to continuing to highlight their conservation story throughout the year.”

“As the national sponsor for Sand County Foundation’s Leopold Conservation Award, American Farmland Trust celebrates the hard work and dedication of the South Dakota recipient,” said John Piotti, AFT President and CEO. “At AFT we believe that conservation in agriculture requires a focus on the land, the practices and the people and this award recognizes the integral role of all three.”

Last year, South Dakota landowners were encouraged to apply (or be nominated) for the award. Applications were reviewed by an independent panel of agricultural and conservation leaders.

The first South Dakota Leopold Conservation Award was presented to Doud Ranch of Midland in 2010. The 2021 recipient was Prairie Paradise Farms of Fort Pierre.

“Grass has been the very root of our family’s survival,” says Neil Bien. “To have that in our history spurs us to save the grassland and keep it as long as we can.”

The Bien family’s dedication to conservation has allowed them to sustain the landscape while earning their livelihood from it for more than a century. Neil and Muriel Bien, along with Neil’s brothers Boyd and Lyle and their families, operate the ranch homesteaded in 1888 by their grandfather Ole Bien.

Much of Bien Ranch’s 8,200 acres is grassland and original native prairie. About 2,000 acres of no-till farmland produces hay and other feed for a herd of about 1,000 beef cattle. Neil’s brothers own adjacent land that is managed with the same conservation ethic. The Biens strive to conserve water as they ranch in a way that mimics nature by keeping fields green with cover crops.

Located in northeast South Dakota’s Prairie Coteau, the Bien Ranch is an intact representation of the prairies, wetlands, and woodlands this glacial landscape is known for. Neil’s passion has long been preserving and restoring wetlands. He has preserved 100 natural wetlands, and restored 15 wetland basins across Bien Ranch.

Neil says wetlands are essential to the water cycle and provide critical habitat for waterfowl and wildlife. This approach is in contrast with those who converted to row crop agriculture by draining wetlands in recent decades.

“We believe you can’t pump something out of the ground without putting it back for the future,” Neil said. “Sustainability is not possible if you exploit, exhaust, or use it up.”

Water development and miles of well-designed interior cross fences have been established at Bien Ranch in partnership with the U.S. Fish and Wildlife Service, Ducks Unlimited, and the Natural Resources Conservation Service. These improvements helped the Biens transition from season-long grazing to rotational grazing for the benefit of the land, livestock, and wildlife.

Interspersed throughout the ranch are wildlife food plots, 100 acres of tree plantings, and other wooded areas that offer protection to wildlife and livestock. Their careful placement does not impact species that rely on open native prairies. As a result, waterfowl and native upland birds like the Sharp-tailed grouse are found in abundance.

“Part of being on the land is enjoying it; we’re not just here to work,” Neil said. “Fishing, hunting, and setting up bird houses and feeders, is important.”

Like Aldo Leopold before him, Neil is a great observer of nature and natural processes.

Neil served on the State Wildlife Commission for eight years. He and Muriel taught at the high school level in Sioux Falls, where he was recognized as the South Dakota Biology Teacher of the Year. As a true teacher and conservationist, Neil found it impossible to remove himself from either of his core vocations.

He required his students to read Aldo Leopold’s A Sand County Almanac because it taught patience with the environment and land.

“You have to be patient with wetlands and native grass” he said of his own ranch, which he considers a work in progress. 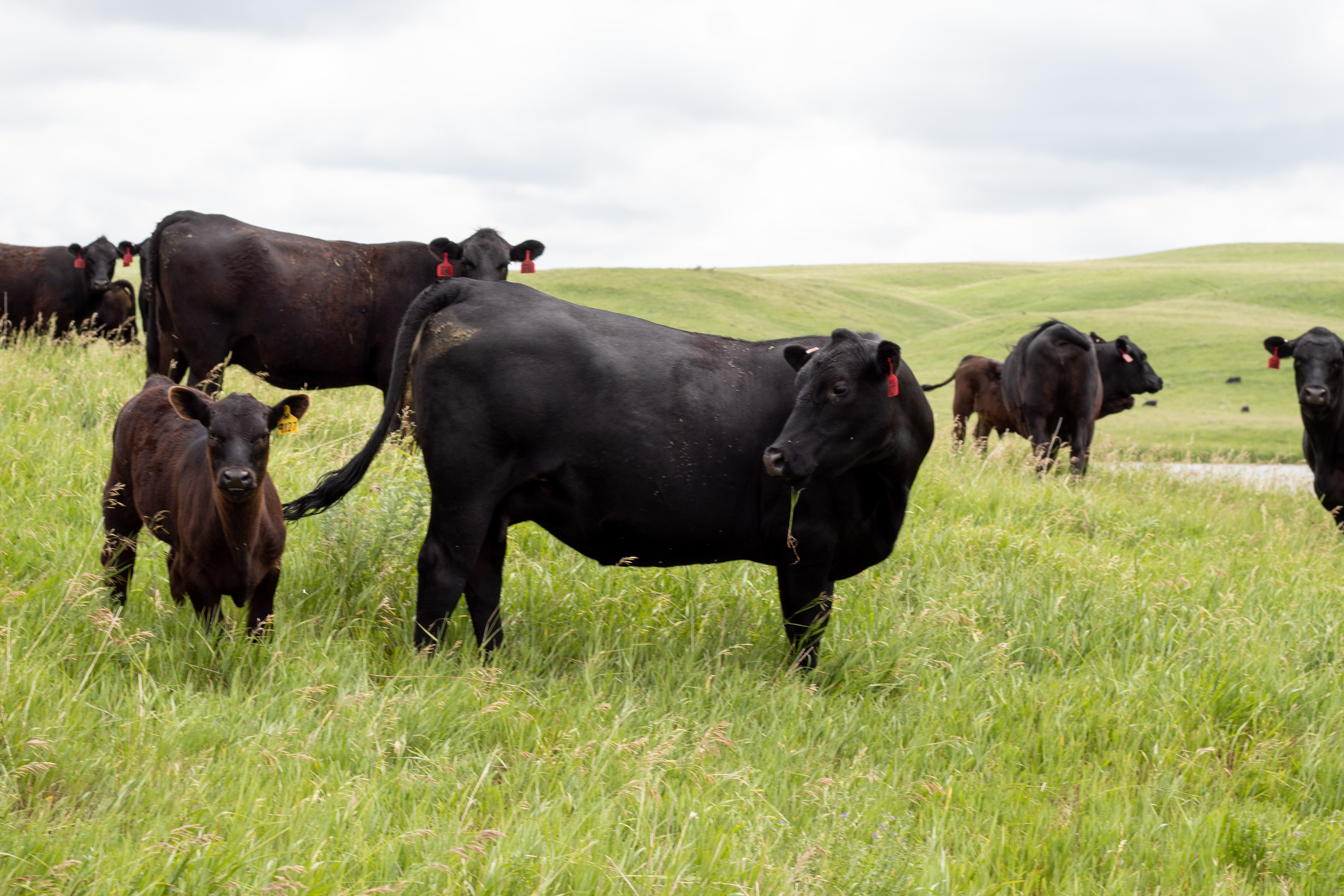 The South Dakota Cattlemen's Association is a member-driven organization working to advance and protect the interests of all cattlemen. www.sdcattlemen.org

The South Dakota Grassland Coalition is a non-profit organization that seeks the voluntary improvement of grasslands for the long-term needs of the resource and its various species. The South Dakota Grassland Coalition is dedicated to improving and maintaining the state’s grasslands by informing and guiding grassland managers to make cost-effective and environmentally sound management decisions. https://www.sdgrass.org/