Insect pollinators are essential for food production and ecological diversity, but their populations are at risk. Beekeepers are losing large numbers of honey bee colonies. Many species of wild bees are in decline. The rusty-patch bumblebee, a once common and widespread species, has been declared “endangered” under the Endangered Species Act, and the iconic monarch butterfly is under consideration for listing.

Sand County Foundation is helping private landowners to provide needed habitat. We are working with agricultural and energy partners to increase the diversity and expanse of native prairie vegetation throughout the Midwest and southern plains. Resulting pilot projects will encourage individual land managers and private enterprise to incorporate cost-effective restoration strategies into their standards of operation.

We are working with Iowa, Minnesota and Wisconsin high schools to involve students in hands-on habitat restoration on farms and other rural lands. We offer financial grants for students to raise native prairie plants in greenhouses. Students transplant the plants in rural areas and monitor their progress.

To increase habitat for insect pollinators and monarch butterflies we’re working with educators and youth. We offer financial grants for Iowa, Minnesota and Wisconsin high schools to propagate native plants in greenhouses and transplant them onto rural areas.

In 2018 we introduced a Pollinator Habitat Curriculum Guide that is aligned with current education standards for Midwestern high school science and agriculture educators. 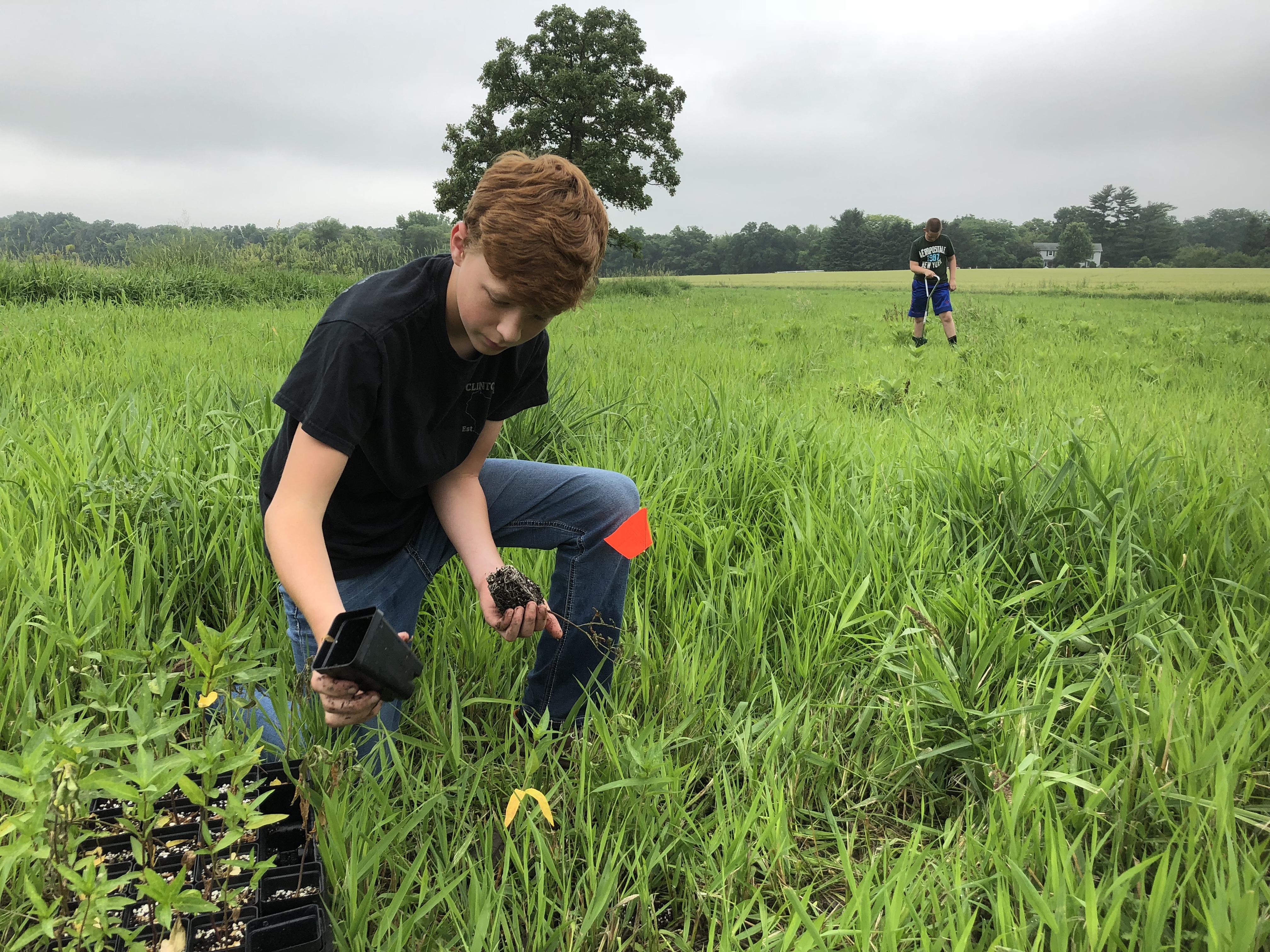 Sand County Foundation is working with high school agriculture and science educators from Iowa, Minnesota and Wisconsin to have students propagate native forbs (wildflowers) in school greenhouses and transplant them this spring with collaborating landowners.

This competitive grant program strives to increase the diversity of native forbs within an agricultural landscape for the benefit of native bees, honeybees, and monarch butterflies. Applicants must commit to finding a suitable site for transplanting. Ideally, you will team up with a farmer (to enhance a field buffer, CRP, etc) or other private property such as an agricultural or rural electric co-op. School properties can be considered if dedicated to agricultural or natural habitat purposes. In all cases, proper site preparation prior to transplanting will be key to a successful outcome.

Successful applicants will receive seedlings of five native forb species in late March or early April. Students will grow out these plants in a school greenhouse or other suitable indoor area, transplant them onto an appropriate site in late May or June, and maintain and monitor the plants through the summer.

Recipients receive a training webinar, remote consultation from a private native plant nursery, and a $1,000 cash award paid to the school district or FFA chapter to offset project expenses.

Together with the Earth Partnership at the University of Wisconsin, we developed a Pollinator Habitat Curriculum Guide that is available via free download. The guide provides high school educators with a set of activities appropriate for establishing, managing, and monitoring prairie habitat suitable for monarch butterflies, other insect pollinators and grassland birds. The guide aligns with Common Core and Next Generation Science standards. Click here for more information. 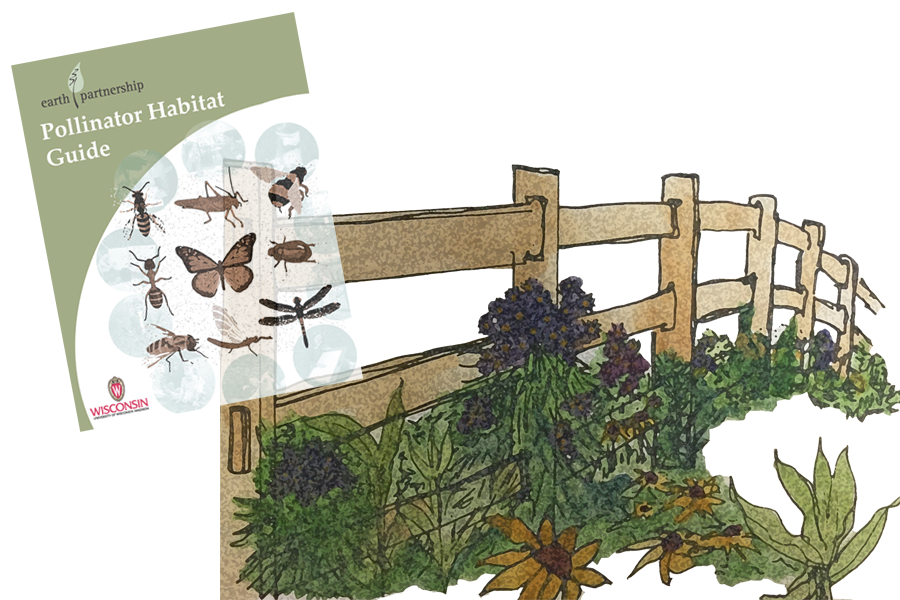 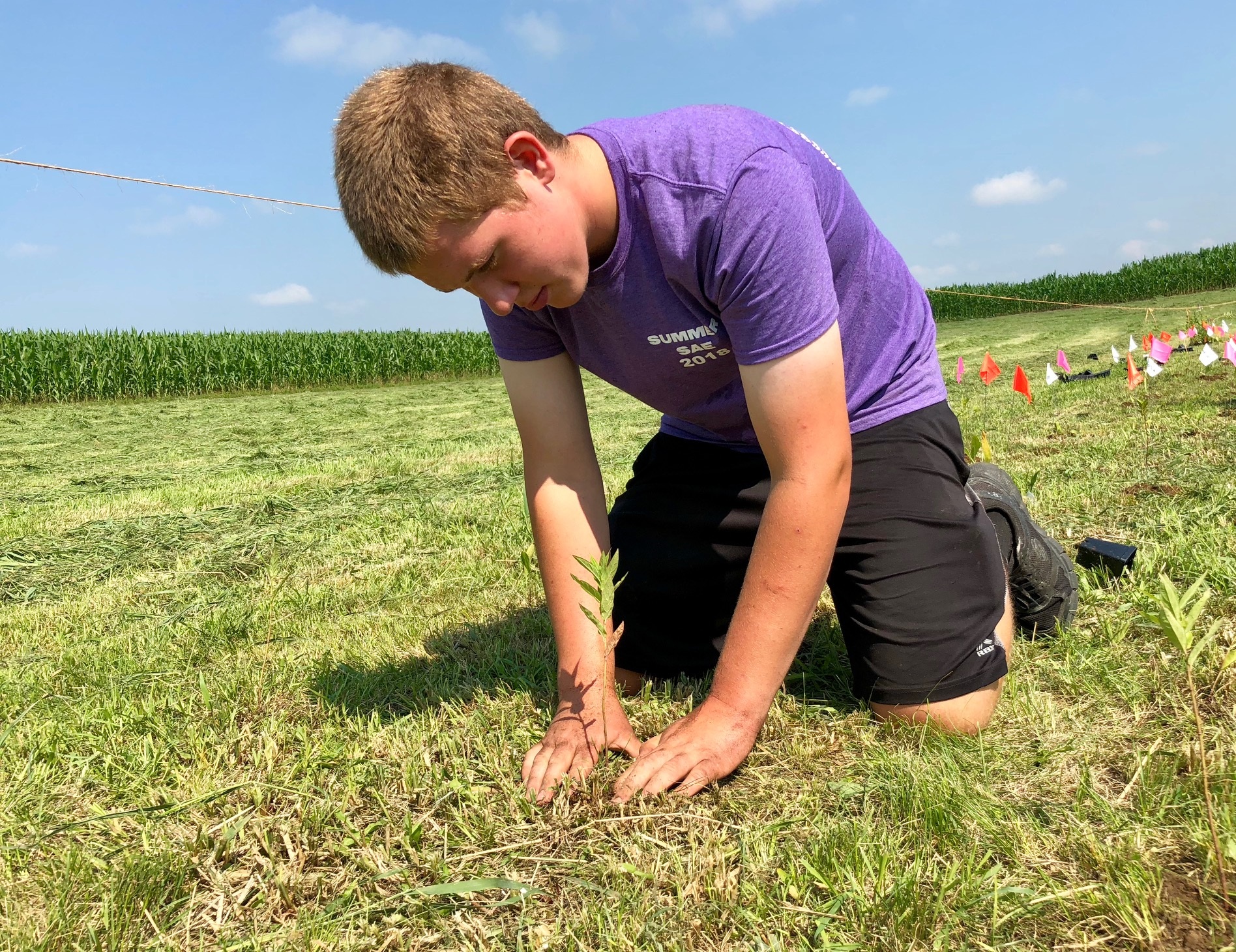 Why Focus on Monarchs?

The monarch butterfly is an iconic species, both for its beauty and its impressive annual migration.

Every year the eastern North American monarch population conducts a fascinating multi-generational journey from wintering grounds in Mexico through the Midwest and back again. But this unique migratory phenomenon is at risk.

Monarch numbers have declined by 90% over the past 20 years, due in part to loss of habitat in the agricultural heartland of the United States.

In response, the U.S. Fish & Wildlife Service has been petitioned to list the monarch butterfly as a threatened species under the Endangered Species Act (ESA).

The steep decline in monarch numbers is a major conservation concern and regulatory action could disrupt economic activity on a large scale. Unlike many other species, monarch populations can respond quickly to a private sector initiative to improve habitat. This would lower the pressure to list the butterfly as threatened or endangered under the ESA. As an added benefit, improvement of monarch habitat will benefit many other pollinators and wildlife that share these lands.

Sand County Foundation is regarded nationally as a leader in fostering voluntary actions on private working lands to achieve measurable environmental outcomes. We are actively involved in national efforts to advance population science, recovery planning, and regulatory avoidance for the monarch butterfly.

With the iconic monarch butterfly serving as an ambassador species, we support partners in the agricultural and energy sectors to demonstrate effective habitat restoration that sustains species that are important to agriculture and ecological health. 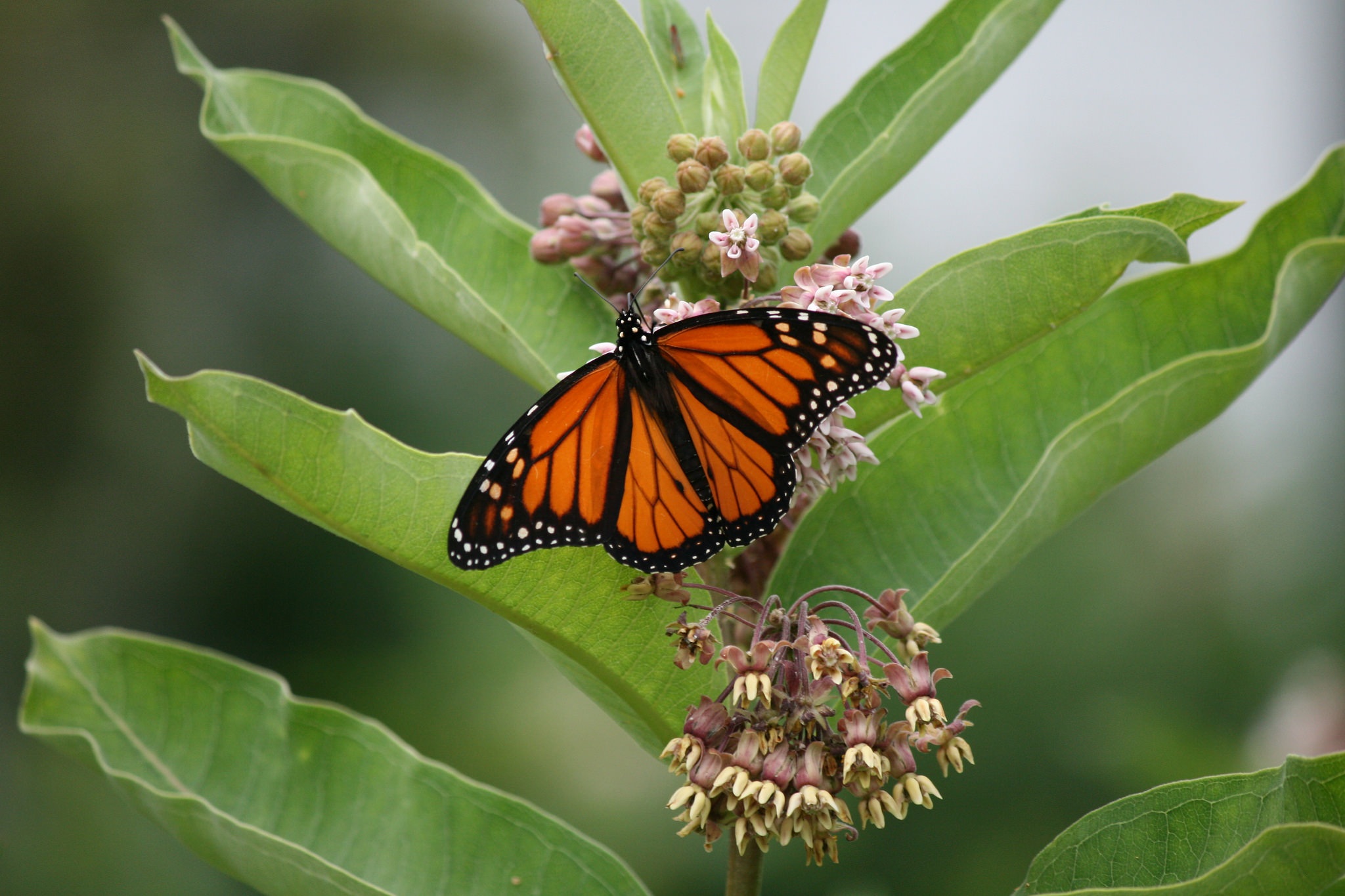 The Pillars of Great Pollinator Habitat Design and Management webinar 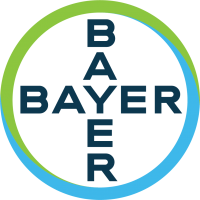 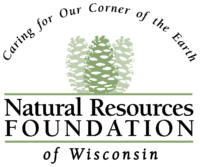